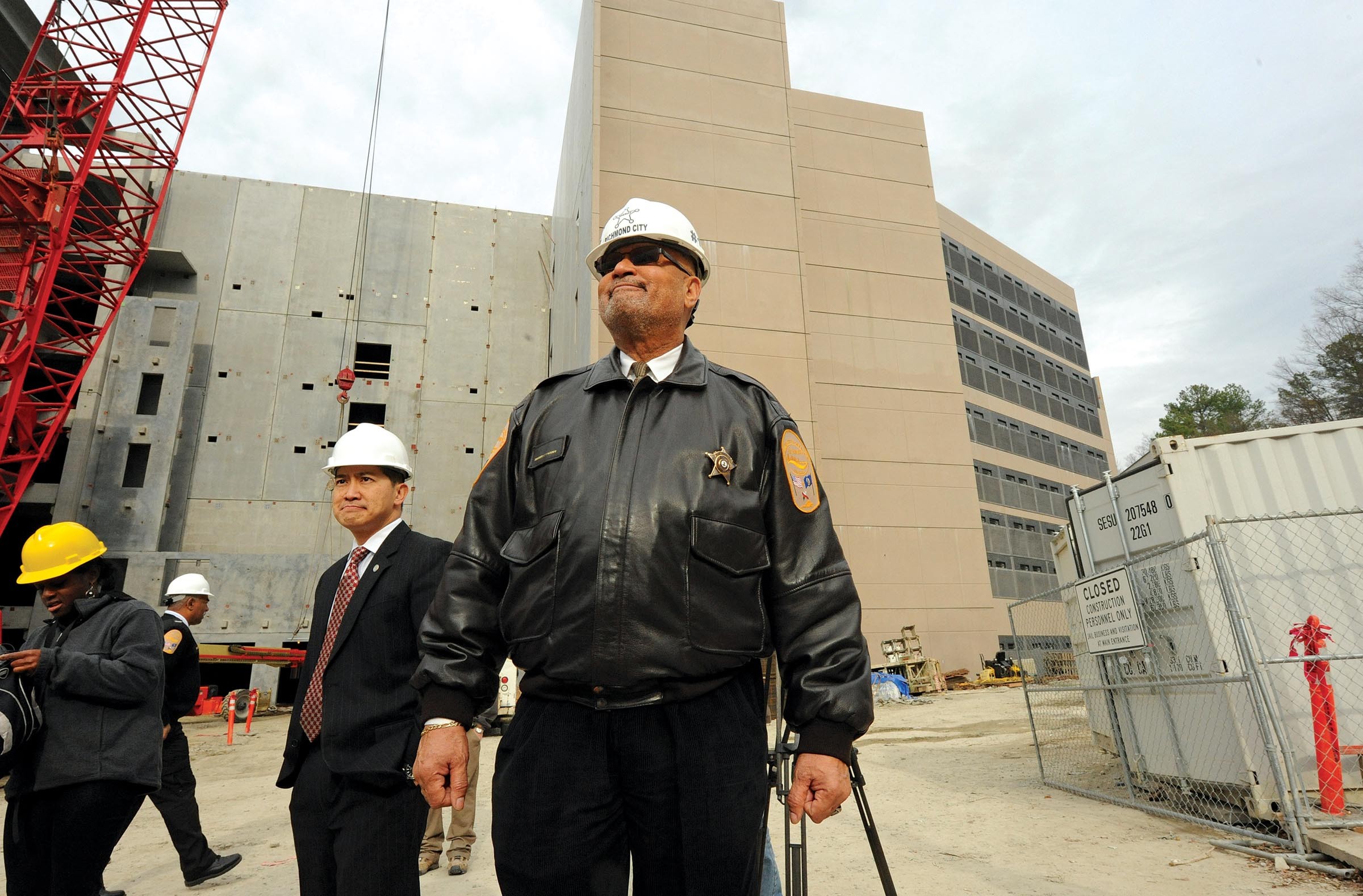 During a tour last week of progress on the city's new jail, Mayor Dwight Jones says he likes what he sees. The walls are all up, many of the cells have been installed and the whole thing is designed to be more secure and cost effective to operate than the current jail. Even the pace of work so far has the facility on target for a scheduled January 2014 opening.

But is Jones worried that the new jail will be overcrowded the day it opens? It's a sore spot for the mayor — city officials have admitted that they're currently a year behind schedule on efforts to reduce the jail population. Jones has a short, perfunctory answer ready: "We're working very hard and it's our intent to be on target," he says.

As it stands, however, the numbers look bleak: The new jail is about one year from completion. Its capacity is set at 1,032 beds. The population of the city's current jail hovers around 1,400 inmates.

Can the number of inmates really be whittled down in time? Richmond Commonwealth's Attorney Michael N. Herring says the city has no choice.

Herring says he doesn't know exactly how to make the necessary change, but it will no doubt involve his office finding alternatives to jail sentences. Right now, he says, it's most important that there's a consensus in the community that alternatives to jailing certain types of offenders — like low-level drug dealers and thieves — are worth pursuing.

"So here's the point," he says. "If next year or at the relevant point in time the inflow is that large, it's my fault, because my people are on the front end in the courthouse … and if we don't divert on the front end, then they come to Sheriff [C.T.] Woody here."