Confused by the weird game that's been clogging up your Facebook feed? Here's a primer.

First of all, what is Pokemon?

It is a video game series created in 1996 by Nintendo, making this year its 20th anniversary. It was released in America in 1998 for the Gameboy and exploded in popularity, spawning movies, comics and stuffed animals.

What do you do in this game?

The premise is that a young person travels around the game world capturing, training, battling and trading monsters. The monsters -- called Pokemon -- are found in different locations and come in different themed "types." For example, water types are commonly found in rivers and oceans, grass types are commonly found in fields, and so on. These types all have strengths and weaknesses and battles play in a rock-paper-scissors fashion. The goal of the game is to capture as many Pokemon as you can and to become the best trainer in the world. 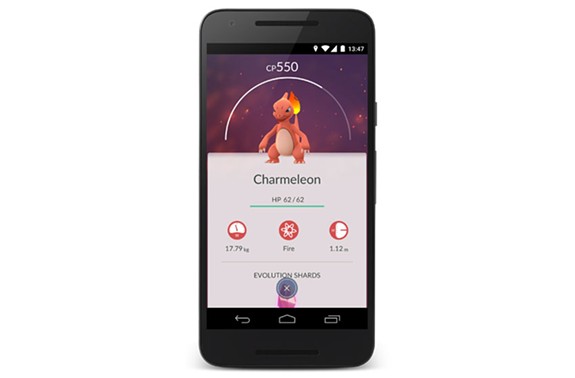 I think I remember this Pokemon thing. Didn't that fad die out in the '90s?

Nope! In fact there have been a total of 13 games released in the main series since 1996, not including spinoffs. The 14th game, "Pokemon Sun & Moon" comes out this fall. Each of these games has sold millions and millions of copies.

Thirteen Games? How many times can you play the same video game?

With more than 700 different monsters in the series, it's a daunting task, trust me.

So what's this Pokemon Go thing that seems to have completely taken over my son, daughter or millennial neighbor's waking life?

Essentially, it's Pokemon moving into the smartphone era using your phone's GPS and mapping capabilities. But instead of walking around an in-game world, you're walking around a representation of the actual world to capture Pokemon. The game encourages you to get out, exercise and meet other trainers -- and that's exactly what people are doing. When you have captured enough strong monsters, you can even become a Pokemon Gym Leader, which is kind of a public call to other players: "Come and challenge me." You don't do it in real life, of course -- you do it with a Pokemon battle. It's kind of like a game of King of the Hill.

I can understand why kids would be drawn to this game, but why are adults playing it?

As I said before, these games have been coming out for the past 20 years and they have a LOT of fans. I first played Pokemon when I was in middle school and the idea of a fun game that lets you be a "real" Pokemon trainer is irresistible. Plus, we millennials basically thrive on a nostalgia drip feed directly into our veins. Here's a bunch of Virginia Commonwealth University students playing the game in Monroe Park. And here's another person catching a Pokemon at the State Capitol. (Hat tip to r/RVA on Reddit.)

Isn't this game dangerous? I heard something on the news.

It can be "dangerous" in the sense that walking around in traffic glued to your smartphone is inherently dangerous. And the game includes a giant scary warning about doing just that. Of course, people are doing it anyway. It definitely goes without saying that you should under no circumstances play this game while driving a car. There also has been a report that robbers used one of the popular waypoints presented in the game to lure victims. (Arrests followed.) And questions have been raised about whether these waypoints are inadvertently placed near sexual offenders' homes. Then there's the Goochland County Sheriff's Office, which is urging people to stop trespassing to catch Pokemon. Ultimately, you should use your best judgment when playing this game or allowing your children to play this game.

Was somebody really playing this game while their wife was in labor?

Yes, apparently that was a real thing that happened. (And it was just a Pidgey. Lame, dude.)

OK, how much does this game cost?

It's free to play, but it includes in-app purchases to help fund development. These aren't necessary to play the game, but it can make things easier. If you have a child with a tablet, this information should sound very familiar. Make sure those parental permissions are locked down so that your kid doesn't accidentally put a $1,000 charge on your credit card.

Finally, I've reached Level Five in the game and I can't decide which team to join.

Definitely Team Mystic forever and ever until the end of time. We will not rest until Richmond is soaked in blue.

Whichever team you decide to join, some enterprising soul already has you covered with RVA-themed T-shirts!