New Faces: Keep an Eye Out For These Influential New Figures on the Richmond Arts Scene

Chairman of painting and printmaking at VCU

Simblist says he’s interested in range, from large institutional projects to small do-it-yourself affairs. It seems like a fitting interest, given his move. He’s leaving Southern Methodist University, a private school in the megalopolis of Dallas, Texas.

Conducting research for an upcoming book, he calls today from San Francisco, where he’s scoping an exhibit of Tania Bruguera’s work. Bruguera will be part of the Institute for Contemporary Art’s inaugural exhibition, and Simblist says, “I would love to work with the ICA.” He already is experienced building bridges between the political and the imaginary. In a past installation, he re-imagined the story of Jonah by having viewers walk through a “whale’s belly” of giant text — a political essay by George Orwell, to be precise.

“Artists sometimes can imagine something different that’s not within the usual pattern of people addressing politics in everyday life,” he says. These imaginings can extend to experimental methods and unusual materials, too. “That’s part of our role, to encourage students to think as young artists that can continue to encounter things they’re not comfortable with.”

“I want to create a space for different points of view,” he says. “I’m as ready as I can be.” 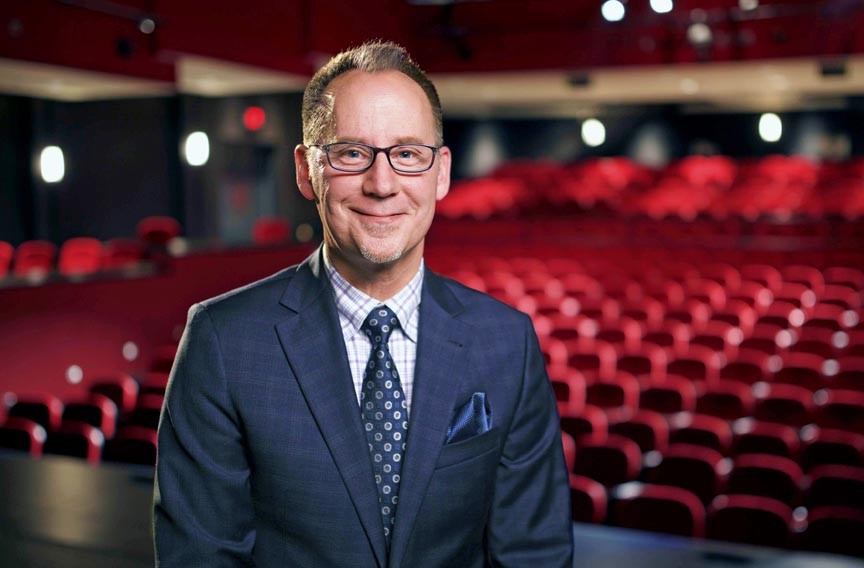 Dean of VCU’s School of the Arts

We recently featured an interview with Brixey, a fascinating hybrid artist with an impressive résumé who says he “had to become a scientist and engineer to become the artist [he] really wanted to be.”

Leaving a job as dean of the School of the Arts, Media, Performance and Design at York University in Toronto, Brixey is excited about the interdisciplinary potential at VCU as well as to use statistical data analysis to drive positive organizational change and better appeal to potential students. Expect a lot of exciting and innovative new ideas from a young, bold new dean. And he’ll have a nice boost to his welcoming party here with the Institute for Contemporary Art scheduled to open in spring.

For details on his style of leadership and approach to his own art, read our feature here. 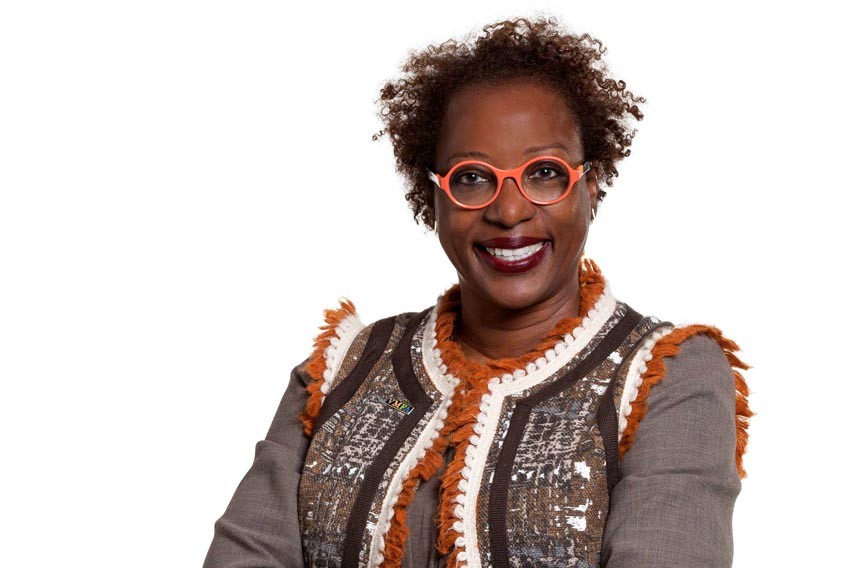 Almost three years after the departure of curator John B. Ravenal, following a national search, the museum has hired someone new for this important position. Cassel Oliver, who most recently served as senior curator at the Contemporary Arts Museum in Houston, has held positions at the Whitney Museum of American Art, the School of the Art Institute of Chicago and the National Endowment for the Arts.

As a curator, Cassel Oliver has a penchant for organizing solo and group exhibitions featuring artists of color, often focusing on those who have been historically underrepresented, including the late Benjamin Patterson. With her inaugural exhibition scheduled in early 2018, Cassel Oliver and co-curator Naomi Beckwith, the Marilyn and Larry Fields Curator at the Museum of Contemporary Art Chicago, have planned a retrospective of African-American artist Howardena Pindell’s work. The exhibition will open in Chicago and then travel to Richmond. Pindell, who has worked in New York since the 1960s, is known for her painting, weaving and video works that delve into politics, racism, women’s rights and abstraction.

Artist Jennie C. Jones, whose work was shown by Cassel Oliver in the exhibition “Jennie C. Jones: Compilation” at the Contemporary Art Museum in Houston in 2015, says Cassel Oliver is “a force of nature. She curates exhibitions that tap the art world on the shoulder and reminds it of the vast alternative ways artists are making, being and seeing. Many underrecognized contributors to major art movements have had a light shined on them by Ms. Cassel [Oliver] during her tenure at the CAMH.” 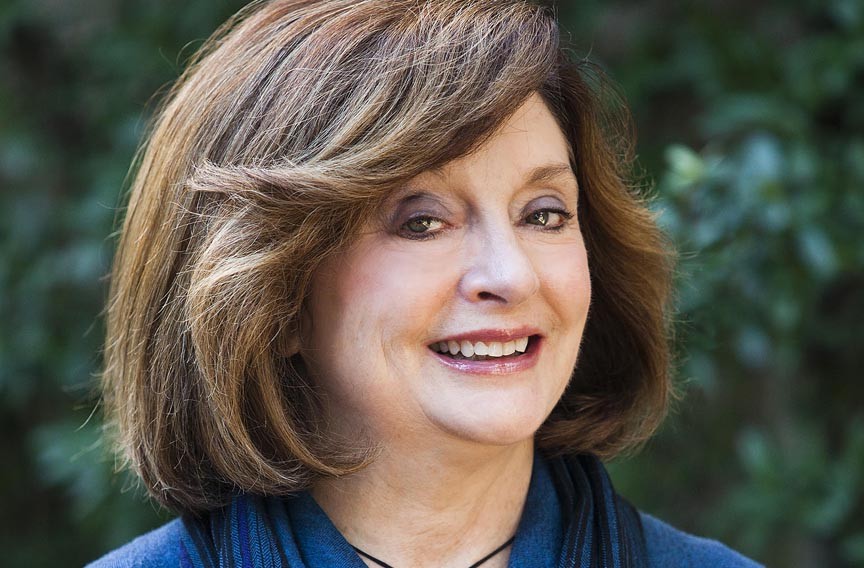 Ott’s familiar with big stages, having previously served as artistic director for the Seattle Repertory Theatre and the Berkeley Repertory Theatre, where she won a Tony Award. But she couldn’t be happier with her Manchester loft and with Richmond’s blossoming energy.

“I came to VCU because I think there’s a wonderful groundwork to really turn this school into one of the premier public universities for performing arts in the country,” she says. And Ott arrives just in time for a diverse season.

“Boy Gets Girl,” which opens Sept. 21, will be the department’s first production. It’s a dark play about stalking, but Ott has produced and taught it before. She even offers it up as a date night idea, though jokes that some might consider this an awkward choice. Undeterred, she’s looking forward to collaborating with the University of Richmond. Together they’ll produce James Baldwin’s “Blues for Mister Charlie,” about the murder of a black man in a small Southern town.

Ott has a keen eye for human nature, so she should find deft ways to tell these stories. While studying anthropology at Bennington College, she accepted a fellowship from the National Science Foundation and went to an archaeological site in Arizona. She says directing theater is like watching a little society being formed. 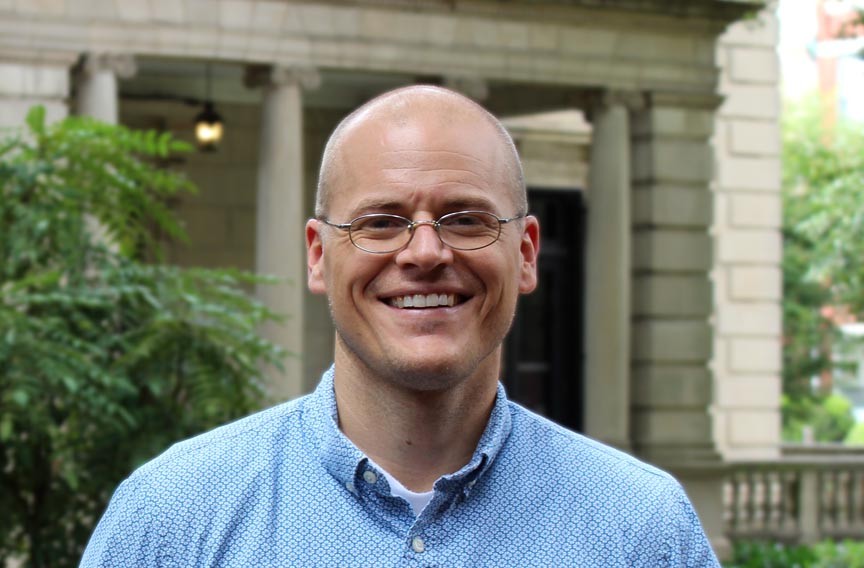 Director of the Anderson at VCU

One of the first times Westfall came to Richmond, it was on a tour with his band. Now he’s making a permanent move from Gainesville, Florida, to become director of the Anderson, the exhibition and program space for Virginia Commonwealth University School of the Arts.

He says the student-centric gallery will seek to stretch beyond its walls, to engage with Web-based and community initiatives. This is part of Westfall’s “exposure mission” to prepare students for work in the fast-paced art world.

“We can reframe ourselves around things that are nimble and responsive, programming that is more experimental, controversial and polemical,” he says. A show might be up for just a night or two, after a few weeks of planning, for example. Westfall says more traditional programming, with longer planning times and exhibit dates, would still be a part of the Anderson.

“Because the way the building is divided up into a number of smaller spaces, we want to be able to have blended programming happening at different speeds in close proximity,” he says. “I’d like to take advantage of that cyclonic energy.”

Westfall certainly has experience with building collaborative, interdisciplinary endeavors. In Gainesville, he ran a gallery and a residency program while also managing artist studios and operating a coffee shop with vegan eats.

“That energy was really invigorating,” he says. “The best parts of that can hopefully be brought to this undertaking.”