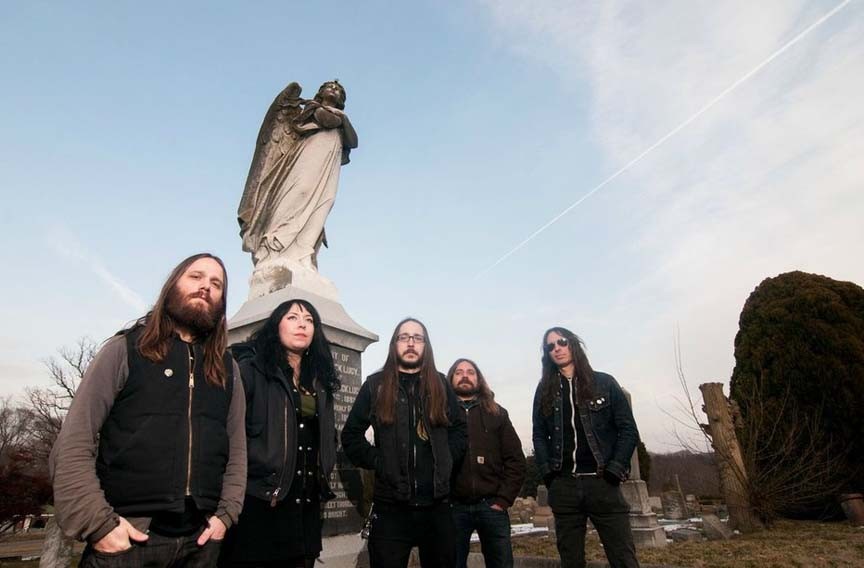 The classified ad has played an overlooked role in the history of American rock music. Metallica, the Pixies and the Lumineers are just three noteworthy bands that either formed or reeled in members that way. It worked for local five-piece band Windhand too.

The doom metal outfit, made up of transplants to Richmond, started in 2008. But it wasn't until its members placed a Craigslist ad that they found the missing piece, seeking a vocalist who was into acts like Electric Wizard and Karp — "a lot of '90s underground music and some of the more noisy things," summarizes guitarist and New York native Garrett Morris.

"Being fans of pop music and just music in general, we wanted someone who could really sing," the 39-year-old says, speaking of lead vocalist Dorthia Cottrell, who joined in February 2009. "Windhand doesn't even do her justice. Her acoustic stuff is amazing. She has a really soulful, dark voice, so I knew immediately that it was someone we wanted in the band."

But Cottrell's audition didn't go particularly smoothly. Morris recalls the band — which practices and records in a warehouse near Shockoe Bottom — being more nervous about the audition than its would-be vocalist. Because the group didn't have properly functioning equipment, the music overpowered her voice. But things worked out, and soon after she arrived, the band made strides. It began demoing recordings, and within a week of Cottrell being in the band, she snagged Windhand its first show at Rumors Boutique.

Cottrell is an intriguing addition to Windhand's burly brand of doom and sludge metal because her voice functions as a lone shaft of light in the forceful darkness. Morris asserts there's more to the band's sound than metal. He brings up the group's affection for Soundgarden twice and also points out how Windhand's heavy songs have pop-styled, verse-chorus-verse structures. "Everyone in the band is fans of the Beatles and Nirvana," he says, "but we also like Eyehategod and Sleep."

One other band Morris brings up is Black Sabbath — clearly an inspiration. Windhand's self-titled album from last year, its first full-length, has a purple, black and white color scheme reminiscent of the palette of Sabbath's classic "Master of Reality" cover; and the art of an ominous structure and vegetation thematically resembles the image on 1970's "Black Sabbath." Moreover, Windhand's debut opens with the sounds of rain and rustling feet — similar to the opening of Black Sabbath's debut. Morris says it's coincidence. What can't be a fluke is both groups' taste for trudging guitars that seem to hint at a coming apocalypse.

Windhand prefers its songs loud and long, and they're only going to get longer. The debut full-length runs 42 minutes and has only five songs. The recently completed "Soma" — Windhand's first album for respected metal label Relapse Records — will be a double LP with only six songs, including one that lasts a whopping 27 minutes.

When the band started, Morris says, its members didn't have any real ambitions besides regional touring and releasing a record. They still haven't tweaked their perspective much — even as they continue to garner strong national press ("these fuckers are going to be huge," a Decibel Magazine writer predicted). Recently the band even released its own IPA beer with Pennsylvania's South County Brewing: A keg of it should be available at its Strange Matter show with another up-and-coming local metal act, Inter Arma, who's on this year's Hopscotch Festival lineup in Raleigh, N.C.

Morris takes pride that his group isn't focused on self-promotion but rather just playing and recording music. "Hopefully, we don't come across to people as just rock 'n' roll dudes. We're not band people. I hope that doesn't sound condescending or crappy, but we're really just not band dudes. We just like to play our instruments and make goofy recordings once in a while and somebody puts 'em out, and hopefully people like 'em enough to want to come to the shows and buy the records and stuff," he says. "We're all just sort of introverted weirdos." S