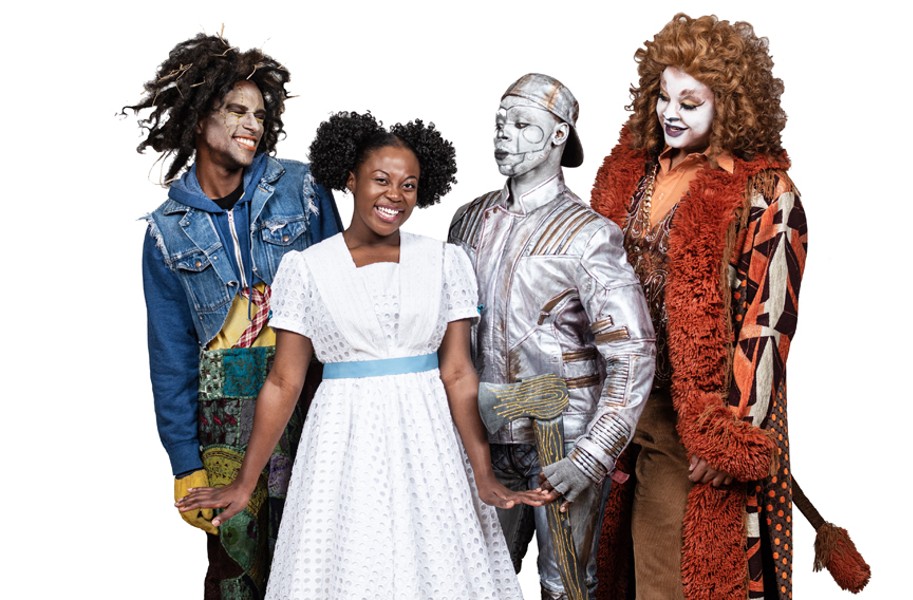 What makes a story timeless? Is it the relatability of its characters? The familiar twists and turns of a well-loved plotline? Or is it the story's ability to adapt, to reincarnate in infinite iterations, to evolve, maintaining relevance while remaining itself?

Take "The Wizard of Oz," for example. Frank L. Baum published his book "The Wonderful Wizard of Oz" nearly 120 years ago, and by 1902 there was a Broadway musical of the story. Then came the 1939 film starring Judy Garland. This version of the story is largely viewed as "the" version, yet it isn't even the original telling of Dorothy's trek down the yellow brick road.

The popularity of this version of the story has led to countless new versions, including the novel-turned-Broadway musical "Wicked," and, of course, "The Wiz," which was an instant hit when it opened on Broadway in 1975, taking home seven Tony Awards that year.

"The show is so iconic," says Kikau Alvaro, director of Virginia Repertory Theatre's current production. He adds that there's a lot of pressure when taking on a project with which audiences are already so familiar. "Everyone will have their own expectations of what they want to see, and we are tasked with creating a version that connects to previous iterations yet somehow feels very much like today."

Alvaro says he fell in love with the show when he saw the 1978 film version.

'I couldn't believe what I was seeing in "The Wiz,"' he says. Alvaro is Hawaiian and Filipino, and he says that what struck him about "The Wiz" was the idea that people of color could take on these characters he had only ever seen portrayed by white actors. "I couldn't believe that there existed a version of this beloved story for and by people of color."

"The Wiz" always has provided a platform for black actors on the stage, something that remained a rarity on Broadway in the early 1970s. And as recently as 2015, with an NBC Live production, "The Wiz" has continued to serve as a vehicle for black actors to gain visibility.

Brandon LaReau, who plays the Lion in this production, agrees that "The Wiz" has always been an important landmark for young black actors.

"I would imagine every black actor working today has a connection to it," he says. 'I remember singing 'Ease on Down the Road' and dancing around the parking lot with my friends in college as if the show had just premiered the day before."

This is a testament to the show's timelessness, LaReau says, and to the role of the music in maintaining its relevance. "It is impossible to walk away and not be singing one of the songs," he says. "The lyrics and message are transcendent."

LaReau draws on earlier interpretations of his character in his performance as the Lion, he says, noting that his version contains references to Ted Ross, who played the role in the 1978 film version, but also to Bert Lahr's Cowardly Lion in the 1939 film. He says the character is still a "creature of the '70s," describing him as a "pimp-turned-preacher-turned-hairdresser."

"The show feels at once like a cartoon and incredibly real," LaReau says, "and Kikau's vision is going to create a new generation of fans for this musical."

Alvaro says he's proud to be doing "The Wiz" because it allows him to place both dance and diversity at center stage. "It's truly a celebration of black excellence," he says, "and I love the idea that young people of color, in particular, will be seeing themselves on the stage."