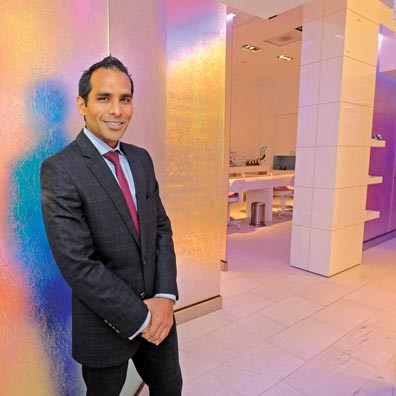 P.C. Amin, co-founded and built Shamin Hotels into the biggest hostelry operator in Central Virginia with hard work and intense customer service. His son, Neil, centralized its operations and brought the business into the 21st century.

Armed with a master’s degree in business administration from the University of Pennsylvania’s Wharton School, Neil Amin got his start at Goldman Sachs in New York City, where he worked on technology mergers and acquisitions. Most notably, he helped convince investors that Hewlett-Packard’s acquisition of Compaq would work.

In 2002 he left the Big Apple to work for his father, taking over as chief financial officer — and never looked back. Since then, the company’s portfolio has grown from eight hotels to 37.

“We stick to what we know how to do,” Amin says, adding that the company refuses to dive into debt in order to grow. “All of our money is our own.”

Shamin also takes care of its workers. A few years ago, Amin discovered that some employees couldn’t afford housing. So he got involved, often serving as credit references for employees, which ultimately led Amin to join the board of directors at the Better Housing Coalition.

After opening a new Hilton in Short Pump, Amin and the company have been gaining recognition. He was recently appointed to the Virginia Commonwealth University Foundation’s board of trustees. And in 2010 he was named Henrico County’s business leader of the year.

The latest goal is to grow to 50 hotels in the next five years — but carefully. “Our first hotel still makes money,” Amin says. “If the last one falls, then the dominoes keep falling.”