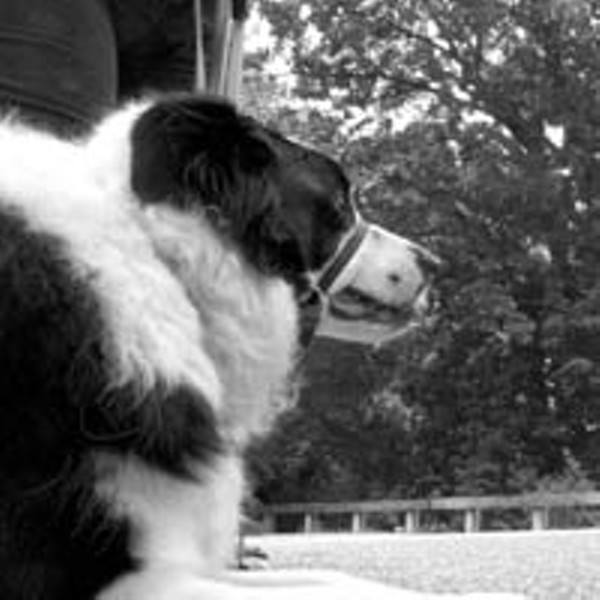 Butcher, a retired attorney, and his neighbors aren't trying to be intrusive or intimidating, they say. But they want to make local parks and their parking lots less friendly to certain people: men who appear to be cruising for gay sex, drug users, thieves and rowdy drunks.

"Just having that crap going on in our neighborhood is not acceptable," Butcher says gruffly. He knew calling the police every time and badgering the city wasn't going to solve the chronic problems.

So in April, he and some neighbors began on weekday afternoons to patrol the parking lot and sometimes nearby Forest Hill Park. Accompanied by Farley, a big black-and-white border collie, they note familiar cars and pick up trash (using nifty orange garbage-grabbers given to them by Richmond's parks department). "You have a crummy-looking park, you get crummy people in it," Butcher reasons.

With the help of the park staff, they've even come up with some creative solutions. One is to place cut branches and to plant poison ivy in a certain place Butcher calls "concupiscence corner," where men are sometimes observed having sex. Plans to install gates that automatically close at sundown are also in the works.

Capt. John Buckovich, 2nd Precinct commander, calls the park watchers "a phenomenal group" and a model of community policing. It's too soon to tell what statistical impact they've had on crime in the area, Buckovich says, "but they are a deterrent."

It's legal to photograph people and cars in a public park, Buckovich says. Police use the information the park watchers collect to help direct undercover activities, he says, but they do not use that information to make arrests.

Any sexual activity is illegal in parks. The minimum penalty is banishment from city parks, but offenders can also be fined and be sentenced to as much as 12 months in jail. — Melissa Scott Sinclair