A Church Hill coffee shop is the target of an attack ad airing on local cable channels. What’s prompted the ire from neighbors? Captain Buzzy’s has a request pending before City Council to stay open one hour later and to sell beer and wine.

The ad ends with a chilling call to action: “Stop the coffee shop from getting buzzed or this could be your neighborhood next.”

“Are we in the middle of the Temperance Movement of the 1900s? ” writes one.

John Murden touched on the debate in a Style Weekly cover story about the neighborhood that ran last month: 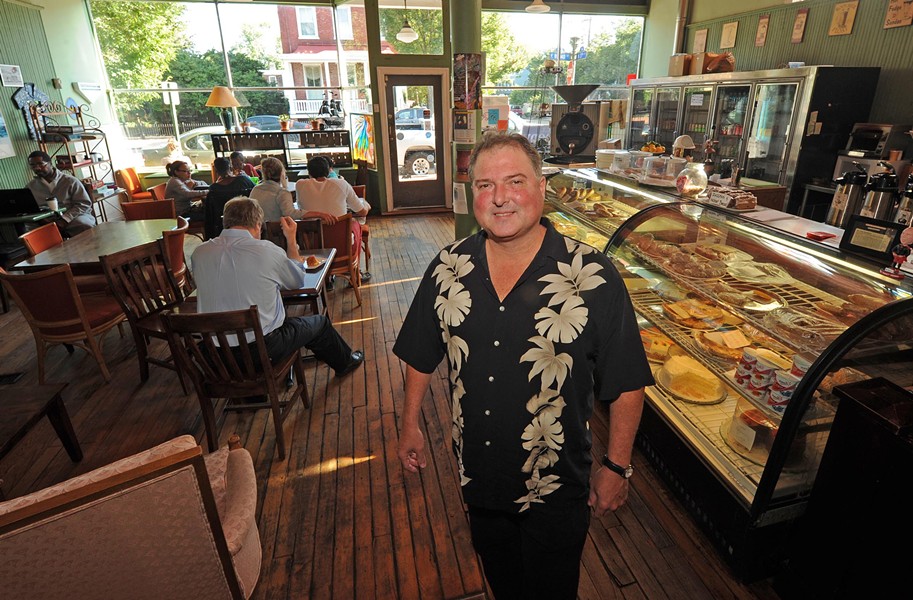 When Bob Buffington opened Captain Buzzy’s in 2004, not much else was in the area. That’s no longer true, and with the increased competition he wants to stay open an extra hour until 10 p.m. and offer beer and wine.

Critics of that change want to preserve the residential feel of the neighborhood and are leery of what might come next to the spot if Buffington wins zoning exemptions he needs. Buffington’s supporters say he isn’t asking for anything more than what other restaurants and bakeries in the neighborhood are allowed to do.

I’ve watched all of this take place as a former resident of the neighborhood, who taught at its middle school and publishes the community news blog, Church Hill People’s News. My wife, Kendra Feather, co-owns WPA Bakery and the Roosevelt, both of which opened in the area within the last two years. I’m not disinterested, but I’m not here to make an argument. Or, if I’m making one, it’s this: Look more closely.

What some people might see simply as a permitting issue or a river view isn’t all that simple. Part of the intensity of these disputes, part of their fervent — and perhaps outsized — passion, is the knowledge of how far Church Hill has come. read more...