Want to Navigate a Mine Field With Your Phone? 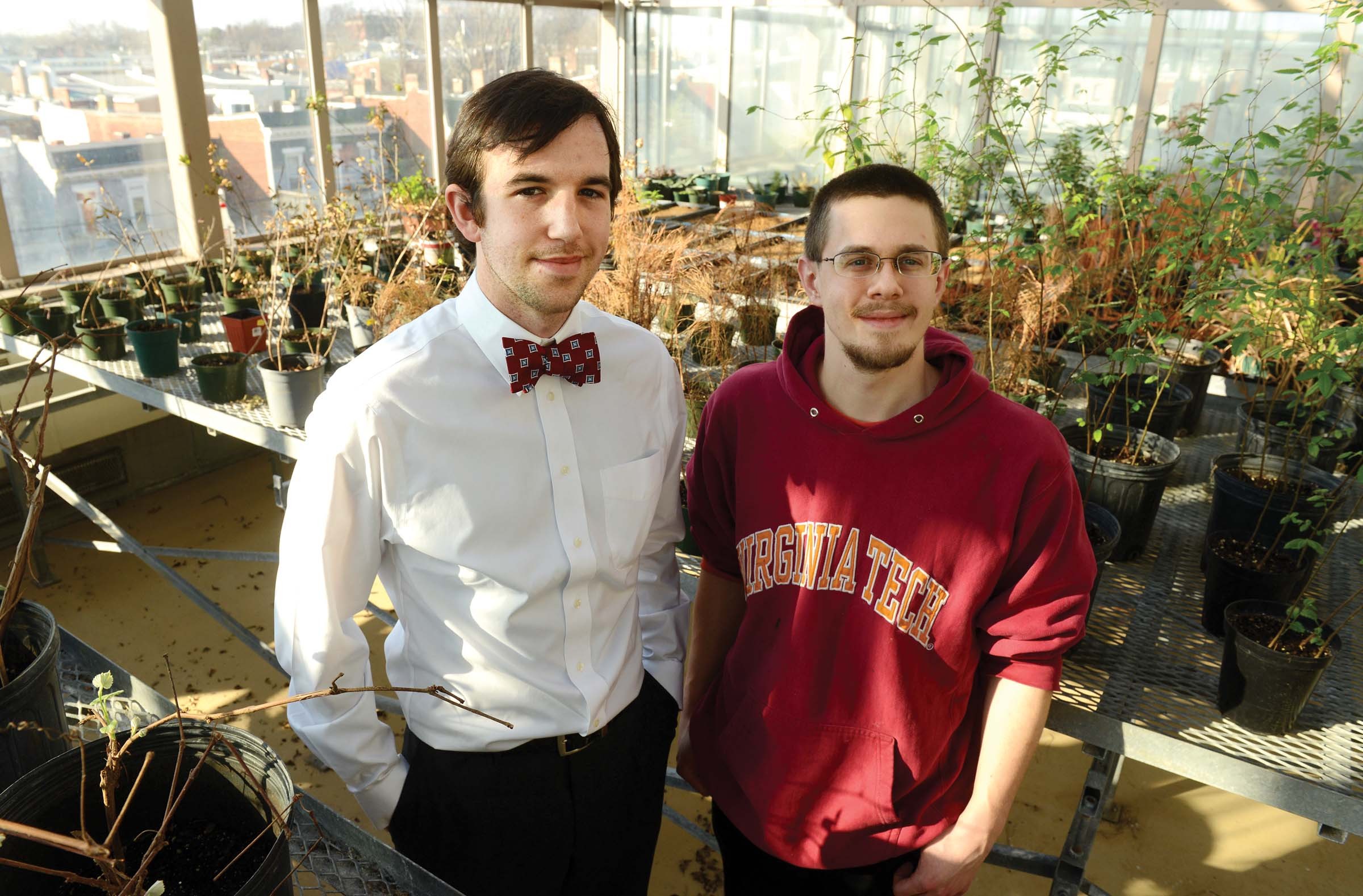 At this point, there’s an app for just about everything, so really, why shouldn’t we be able to use our phones to detect land mines?

If all goes well, two Virginia Commonwealth University graduate students say the research they’re conducting in a rooftop greenhouse off Cary Street will make it possible.

“We’re still very early on,” says Stephen Via, who is working with Paul Manley. “We don’t have a device that says, ‘Bomb here, no bomb here.’”

What they do have are indications that contaminations from explosives commonly used in land mines show up in the unique color signature given off by nearby plants, and that, at least in the species they’ve tested, it looks different than stress caused by normal environmental factors such as drought.

They’re in the process of expanding their research to a larger number of plants. When they’ve collected more data, they’ll incorporate it into a sensor that automatically detects the warning signs.

They say current land mine detection techniques are labor intensive and dangerous, so the potential military and humanitarian applications are great.

Via and Manley hope to have a preliminary device that could be used in an airplane to detect hot spots over large areas. The endgame is getting the technology into phones, says professor Don Young, the students’ adviser: “We’re in the early stages of being able to say, ‘Here’s a little app, and, you can flash it at a plant and if it shows red, don’t dig there and if it shows green, then go ahead.’”