Natasha Bedingfield at The National 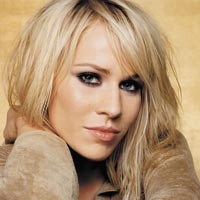 Natasha Bedingfield broke into the American music scene with her peppy single "These Words" and followed up with "Unwritten," radio's most-played song of 2006. Her first album, "Unwritten," established her reputation as the siren for singledom and crowned Bedingfield pop royalty. Then, the benefits: She's jammed with Prince, toured with Justin Timberlake and helped Bono save the world. The Brit is promoting her second album, "Pocketful of Sunshine," which features more mature themes without abandoning her poppy R&B roots, creating a musical celebration of that space between girlhood and womanhood. Bedingfield performs at The National Tuesday, July 22, at 7 p.m. $20. 612-1900 or www.thenationalva.com.