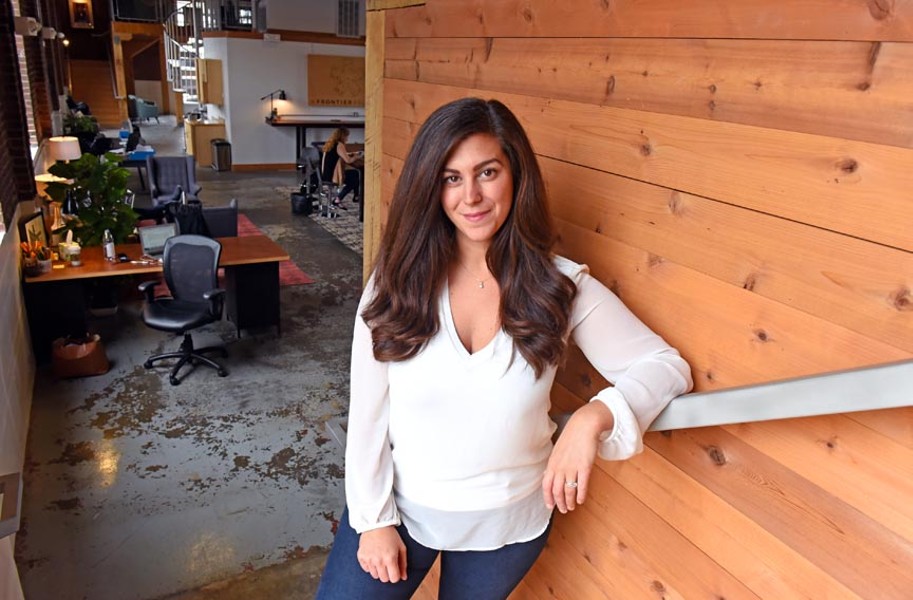 When Natalie Garramone was growing up, she wanted to be either a lawyer or a comedian.

“I feel like I’ve struck a nice balance,” she says.

As chief executive of the Frontier Project, Garramone weaves the diverse threads together. She manages a kaleidoscope of parts under one roof in Scott’s Addition: The company serves a publisher, media firm and academy for professional development. They all enhance Frontier’s consulting work, which can include team-building, market research — even step-by-step help with Power Point presentations.

“It all starts to work together in this very interesting, interconnected way,” she says.

How does it all work?

One of her favorite experiences was at a large Fortune 200 company. Frontier was working with a department within the company and discovered a young woman with great ideas who had difficulty effectively communicating them to the people who could act on her information. She became a Frontier client.

Garramone helped her start a company magazine and arrange a speaker series.

“It was a guerrilla internal communications campaign which ended up getting her in front of the executive leadership team of this organization,” she says. Garramone helped her with her presentation and ultimately, the young woman ended up with a promotion.

“Man, is that rewarding,” she says.

Garramone has taken the passion that she has for her work to the YWCA Richmond. She was an inaugural member of its junior board, the Young Women’s Leadership Alliance, which provides a network for young professional women and recognizes rising leaders each year.

A few months ago, Garramone was asked to join the board of CenterStage. Her excitement is palpable when asked about it.

“It’s been a fantastic experience. … Richmond is a pretty culturally interesting place. I think we’ve had a great focus on the arts, especially in the last few years,” she says. “That’s been exciting to see from the outside and the opportunity to have a hand in it is really cool.”