1708 Gallery experiments with the moving image in "Telling Tales." 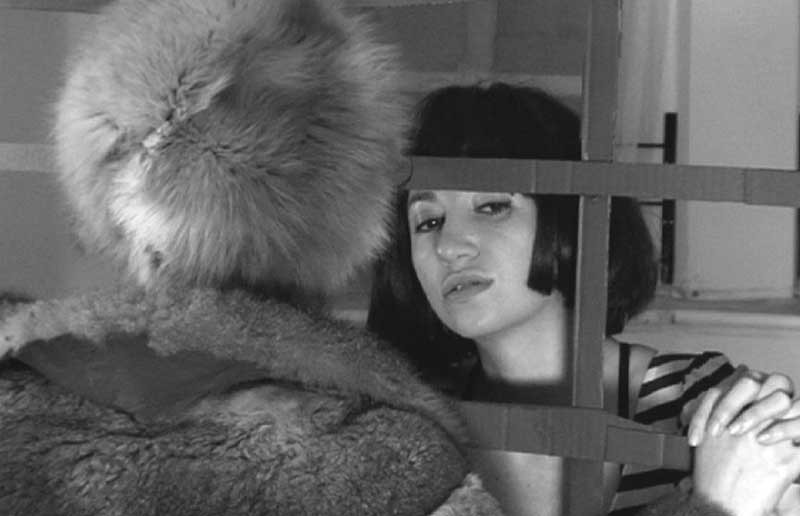 A Richmond gallery has extended its mission of promoting new works from emerging and established artists to include genre-bending mediums and further exposure to art of national and international relevance. The new year begins with 1708 Gallery's "Telling Tales," a four-week exhibition featuring four women, all working in experimental video and film. Each approaches narrative from a unique standpoint, resulting in vastly different explorations of self-image, social convention, event and narrative itself.

Sara Pomerance starts things off with a string of short videos called "Everything Is Under Control," in which she's recorded the most tedious, everyday exchanges between family members in an autobiographical context. She intends for her clips to spotlight social conventions and ask pertinent questions about behaviors and attitudes that we take for granted in relating to others.

Lydia Moyer's "Paradise" series looks at five geographic sites of American tragedies, including the 9th Ward of New Orleans, the Amish community where school children were recently massacred, and Jonestown, Guyana, where a mass suicide took place. Her work combines elements of auto-ethnography, landscape photography and poetry to examine collective and personal experiences of loss in relation to place. Within her imagery she often superimposes subtle glittering lights, which she says are "meant to suggest that divinity may be something more earthbound than heavenly." The result recalls the Civil War battlefield photographs of Sally Mann, though Moyer is more blatant, and perhaps ultimately infused with a sense of hope.

In "Adult Movie" and "One-Week Walden," multimedia artist Jennifer Sullivan takes a Cindy Sherman-style approach to narrative pushed to a more self-conscious blur between art and life, expressed through a very specific generational lens. Ken Johnson of The New York Times referred to "One-Week Walden" as "a canny satire of foolishly romantic, extended-adolescent narcissism." It also inspires laughter — at the character and at oneself — as well as a healthy dose of pity. Sullivan seeks to present her so-called human imperfections in a way that spotlights a cultural ineptness to which we're all susceptible. Both films are heavily influenced by the sex industry and exemplify the infiltration of pop media on female self-identity.

Israeli artist Keren Cytter rounds out the exhibition with "Four Seasons" and "Konstruktion," which give a profoundly non-male perspective of interrelationship, language and event. Her narratives are non-linear, and in the case of both films featured here, employ an overlapping, circular narrative to tell stories that seem less about action than about psychological space. The unavoidable fact that every actor is chicly attractive adds to the anxiety of the films' scenarios.

To close the enterprising exhibition, 1708 Gallery will screen all the films at one sitting in a First Fridays finale Feb. 3, and again Feb. 4, with some of the artists in attendance for discussion. Seeing these four distinct visions at once might jar the senses in a demanding, floodgate way. S