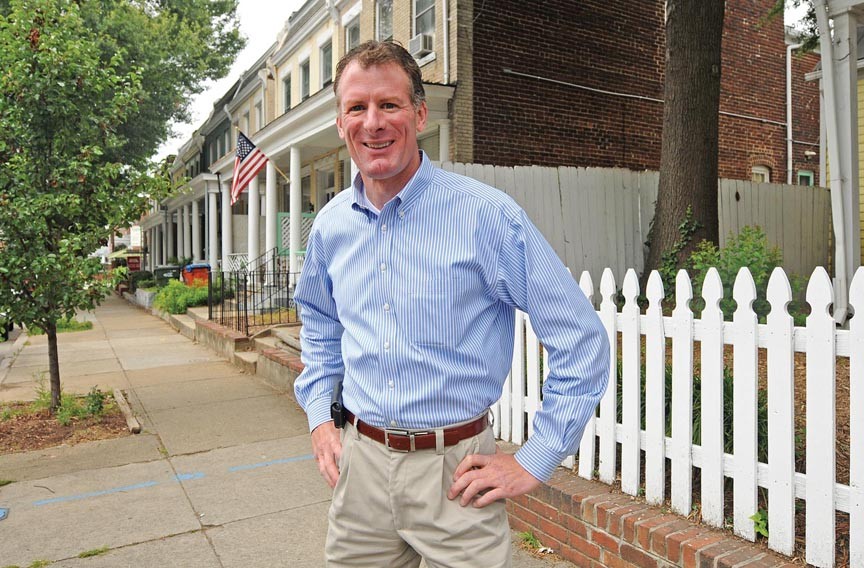 He’s admittedly a long shot to become Richmond’s next mayor. But Michael Ryan, a 46-year-old real estate agent, is running anyway. Ryan caught City Hall by surprise when he showed up at the city registrar’s office to drop off 900 signatures June 12, the deadline to file for political candidacy. The requirement is 50 from each of the city’s nine districts, but candidates traditionally collect more as a buffer to ensure they pass the electoral board’s certification process. “I’m tired of going out to Henrico or Chesterfield to get to a big-box store. The mass transit system sucks,” says Ryan, who lives near Maymont Park. “I think some things need to change.” Ryan has yet to begin fundraising, but says he’s going to devote the summer trying to drum up money — and support. This is the first time he’s run for office. He joins former City Councilwoman L. Shirley Harvey in trying to unseat Jones. The agenda? Bring retail back, focus on expanding mass transit, get rid of the city’s meals and admissions taxes and, generally, get government out of the way. Retail shouldn’t be so difficult, for one. Ryan says the city is sitting on some prime locations that should be able to attract a Target or, say, a Wawa or Sheetz — particularly the North Boulevard corridor near interstates 64 and 95. “To me the whole situation with The Diamond needs to be revisited. I don’t think we ever fully answered that question as to where [the new ballpark] should be,” he says, referring to the stalled plans to build a new stadium next to The Diamond. Ryan went to Hermitage High School and Virginia Commonwealth University, where he earned marketing and graduate business degrees. Also on his agenda is expanding mass transit. “I want to reinvent the transportation system,” he says. While political leaders in Chesterfield and Henrico counties say they’re open to expanding full-service buses into the suburbs, recent budget woes have stalled discussions. Ryan is convinced there’s a solution. One recent study by the mayor’s anti-poverty commission found that expanding full-service bus lines westward along Broad Street, Midlothian Turnpike, Hull Street Road and Jefferson Davis Highway could cost more than $60 million. “I agree it’s a money issue, but it’s also a political issue,” Ryan says. “I think it is solvable. We’ve got to get some smart people in a room with a calculator and a pen and paper — and it can be done.”