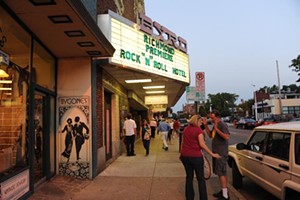 1. Premiere of “John Adams”: With producer Tom Hanks horsing around with a flashlight when the power went out.

4. Style Weekly’s “Rock ’N’ Roll Hotel” screening: People turned out in record number to watch a local movie so bad it was good — all to show support for the Byrd.

5. Director Mel Stuart speaking after a screening of “Willy Wonka and the Chocolate Factory”: Where we learned that the screenwriter wrote the final scene via trans-Atlantic phone call while cast and crew waited on set.