Many folks marry and stay married for a lifetime. I'm one of them. Does that mean I've managed to capture that scarce resource — love? 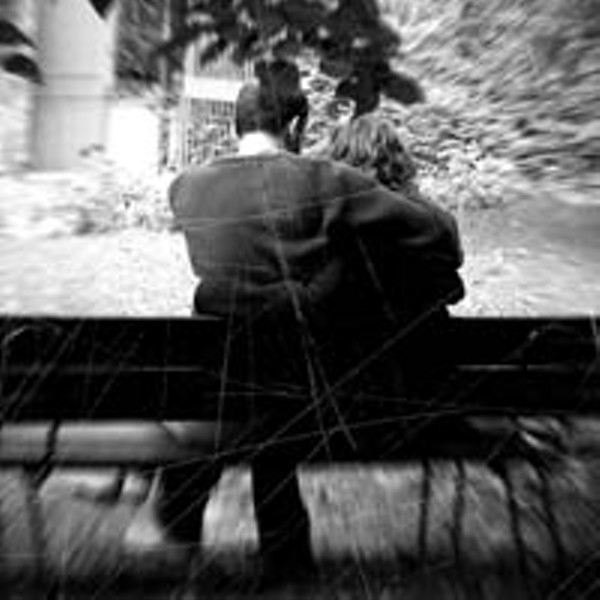 I'll admit it. I don't like competition. Yet I find myself in the thick of it every day. Sociologists talk about human beings "competing for scarce resources." We behave in certain ways because we don't want to be left out in the cold — sometimes literally. Scarce resources can mean anything from a parking space in a crowded city to an organ (such as a heart) to replace one that has stopped working. I think that Americans consider love — whatever that might mean to an individual — a scarce resource as well.

People fall in love, hook up, live together, marry (or not), sometimes stay married for months or years, divorce and remarry for a variety of reasons. Some folks think pheromones (chemical substances secreted by the body) act as catalysts for finding "that special someone." Others would not "demean" falling in love to a mere chemical reaction but might ascribe finding "my soul mate" to a deity or the planets being aligned properly or perhaps fate. It was just meant to be.

Authors often use love as their subject. Who isn't familiar with St. Paul's text on love: "Though I speak with the tongues of men and of angels and have not love, I am become as sounding brass, or a tinkling cymbal" (1 Corinthians 13:1).

The Dutch painter Vincent van Gogh often spoke of love in letters written to his brother, Theo. Vincent wrote: "the best way to know God is to love many things. Love a friend, a wife, something — whatever you like — you will be on the way to knowing more about Him; that is what I say to myself."

Songs abound with the theme of love. I've always liked Cat Stevens' "The Boy With a Moon and Star on His Head." The last four lines of the song go like this: "As years went by the boy grew high and the village looked on in awe / They'd never seen anything like the boy with the moon and star before / And people would ride from far and wide just to seek the word he spread / I'll tell you everything I've learned, and Love is all … he said."

St. Paul and Vincent van Gogh — and arguably Cat Stevens as well — give us a sense that love is tied to action. One's actions played out in the arena of life can express love. Dying for a cause (one's country, a principle, one's faith) can be considered to be an act of love as well.

When Americans speak about love, though, many of us seem to think that you need to find love (go out and look for it) or have love find you ("It was the last thing I was looking for"). We want love in the form of some kind of relationship with a "significant other." Funny, though, how love keeps eluding us. We search continuously — even "looking for love in all the wrong places," as the song suggests.

Our culture views marriage as the culmination of love. Does marriage or a "relationship" or living together satisfy our need for that scarce resource — love? Sometimes. For a while, anyway. But then what happens? Why do so many folks resort to the Dr. Phils in America to help discover what's not working for them? When things "don't work out," we feel betrayed. What happened to our love? You know, the love that promised to satisfy our deepest longings and fulfill our every need? When our special relationship doesn't deliver, we begin the competition all over again. We go to bars. We go to church. We go to clubs. We go on cruises. We join health clubs. Who knows? That "someone special" just might be perched on a barstool, sitting primly in a pew, getting down on the dance floor, soaking up the sun on a deck chair, or sweating while pumping iron.

But many folks marry and stay married for a lifetime. I'm one of them. Does that mean I've managed to capture that scarce resource — love? I don't like the way the question is framed. It assumes, like the song Frank Sinatra made popular, that "love and marriage go together like a horse and carriage." There are a slew of reasons people marry and stay married to each other. Habit. Convenience. Wanting to keep things "on an even keel" — perhaps love. Marriage, though, is under no obligation to bring us love and personal fulfillment. Resources — even scarce ones — can be found and bargained for outside of the confines of marriage.

When my husband and I were dating, he gave me a charm for my silver charm bracelet in celebration of Valentine's Day. It was a bench with two red hearts parked on it — each heart slightly turned toward the other. Charm bracelets have long since gone out of vogue, although I keep mine tucked away in the bottom drawer of an old jewelry box, bringing it out now and again just to admire it. Perhaps that's all anybody needs — that is what I say to myself — a heart slightly turned your way. S

Esther Nelson teaches religious studies at Virginia Commonwealth University. She and Nasr Abu Zaid are the authors of the book "Voice of an Exile Reflections of Islam."

I didn't vote for Mr. Bush. I thought his first term deplorable, and I spent considerable energy trying to prevent his re-election. But he won, and his second term will be the next four years of our nation's history. Every American — blue voter or red - must hope our country thrives under Mr. Bush's stewardship.

Sadly, the historical odds are very much against him. In American history, 18 men have served all or a substantial part of two consecutive terms as president, and — almost without exception — their second terms were flops. I've studied and taught American history for decades, and in my reading, only two presidents — the two Roosevelts — enjoyed successful second terms. Other historians might propose one more. Maybe two. But undoubtedly, for most presidents, second terms proved disappointing, if not disastrous.

Washington — having lost the services of both Hamilton and Jefferson — governed with the advice of second-raters through four years of rancorous partisanship, exacerbated by the complexities of a European war. As his second term ended, Washington rejected any suggestion of a third.

After four triumphant years, crowned by the Louisiana Purchase, Jefferson struggled through a dreadful second term. His efforts to avoid involvement in the Napoleonic Wars led to economic recession and widespread discontent. Leaving office, he compared himself with a prisoner being released.

James Madison's second term was marked by the pointless absurdity of the War of 1812, during which the president's Mansion — now the White House - was burned by British troops.

Andrew Jackson's triumphant first term was followed by a second in which his "war" on the Bank of the United States precipitated a massive economic collapse — the Panic of 1837 — for which his successor was unfairly blamed.

The saga goes on and on. In modern times, we can abbreviate. Truman: Korea and McCarthy. Ike: Sputnik and the missile gap. LBJ: Vietnam and urban riots. Nixon: Watergate. Reagan: Iran-Contra and mental confusion. Clinton: Monica.

Any student of American history will be struck by the fact that even our most revered presidents are remembered largely — if not exclusively — for the accomplishments of their first terms.

When I teach American History, I always devote special attention to one underrated president — James K. Polk — who made five campaign promises and kept 4 « of them.

First, Polk promised to annex Texas. (Splitting hairs, his predecessor, John Tyler, actually accomplished this a few days before Polk took office — in order to claim the credit. But Polk's election made it politically possible.)

Second, Polk pledged to annex the Southwest Territory - including California - and did.

Third, Polk divided the Oregon Country with Britain. (That's the half-kept promise.) Polk had campaigned for the whole thing — "Fifty-four Forty or Fight" — but compromised to win British neutrality in the Mexican-American War. Which is why Vancouver isn't America's loveliest city.

Fourth, Polk kept his pledge to reform the Treasury.

Finally, as promised, Polk did not seek re-election. He worked extremely hard, with utter focus, for one term. He achieved his goals, retired and promptly died.We didn't even have to pay him a pension. One might say, the ideal president.

Why this history lesson?

This year, the General Assembly is considering a proposed amendment to the Virginia's Constitution permitting our governors to serve two consecutive terms.

Under a two-term rule, any new chief executive — president or governor — has two basic options:Focus on his agenda, working diligently to achieve his goals in a single term; or focus on winning re-election, leaving his "legacy" of achievement for the second term.

If presidential history is any guide, the latter option is doomed to disappointment. But many politicians — perhaps through hubris — assume they can beat the odds.

As a fresh face, a new chief executive enjoys a special kind of popularity - a "honeymoon" - which he will never enjoy again. No makeover can bestow that freshness on a re-elected leader.

Moreover, electoral victory seems to infuse new chief executives with a burst of vigor which few can sustain through eight long years in a highly stressful office.

The bottom line is this: President or governor, if you want to achieve a legacy, it's the first term that counts.

In contemplating the proposed amendment to our Constitution, Virginians should carefully consider the lessons of history. But for those who dismiss historical precedent, we're fortunate to have a test case before us.

Having spent his first term campaigning to win a second, President Bush will devote the next few years to achieving a legacy in his second term. If he defies the historical odds, Mr. Bush could refute the historical argument herein presented.

If the president stumbles, his failures — and the reasons for them — will add new weight to the argument against granting Virginia's governors a second, consecutive term.

Frederick T. (Rick) Gray Jr. is a native of Chesterfield County. A teacher, actor and political activist, he served as secretary of the commonwealth of Virginia from 1978-1981.

Opinions expressed on styleweekly.com/back.asp are those of the writer and not necessarily those of Style Weekly.