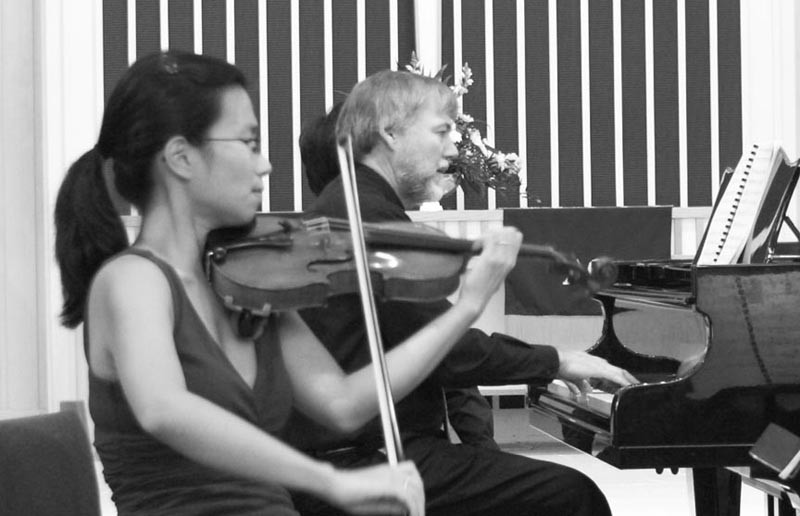 Lorin Maazel, the celebrated former maestro of the Cleveland Orchestra and the New York Philharmonic, and his Castleton Festival Orchestra (along with a chorus and eight soloists, including diva mezzo-soprano Denyce Graves) blew into CenterStage on July 22 like a thrilling summer squall. The program of music by Georges Bizet and George Gershwin dazzled the modest, but wildly appreciative, audience. This unexpected and last-minute addition to Richmond's midsummer calendar meant that local music lovers didn't have to wait until August to get their usual seasonal fix of classical music.

"We use a number of Richmond Symphony players, and August is when they and other musicians get back in town from playing at music festivals and other engagements," says pianist John Walter, artistic director of the 10-member ensemble, which was founded in 1978. "It's so much fun to do chamber music," he says, not holding back his enthusiasm for a musical form that hardly suffers from overexposure here. "Even the great chamber music isn't played that often so that we can still play the masterpieces and they're not overly familiar."

The season opener will feature works by Haydn, Mozart and Beethoven. Then on Aug. 14, "On the Twentieth Century" will offer more recent works by composers Leo Smit, Béla Bartók and Richmond native Allan Blank. The players will offer the Richmond premiere of Blank's Trio for Clarinet, Cello and Piano.

"I like to mix things up, offering classical pieces along with 20th-century works by composers that aren't famous, or perhaps composers who dropped out of sight," Walter says, citing German-born composer, conductor and violinist Louis Spohr (1784-1858), who was wildly popular throughout Europe in his day, as an example of the latter. His Quintet for Piano and Wind in C Minor, Op. 52 is scheduled for the Aug. 21 program. "Spohr was supposed to be the next Beethoven but his work is hardly ever played today," the artistic director says. "And while it may have been written 170 years ago, it's new music since it's seldom done." Two works by Franz Schubert, a string trio and a piano quintet, will round out the program.

The theme of the final Chamber Players concert Aug. 28 is folk and dance, and includes contemporary works. "I'm not a big fan of highbrow 20th-century music," Walter says. "The music has to speak to you and have soul. It has to have meaning." He says a scheduled piece by contemporary New Zealand composer Gareth Farr, whose "Kembang Suling, Three Musical Snapshots of Asia" fits the bill. "It draws on the traditions of Bali, Japan and India." Other works at the final concert include pieces by William Grant Still, Erwin Schulhoff and Jean Françaix.

Walter, a pianist who lived and worked in New York City before moving to Richmond in 1991, joined the Richmond Chamber Players in 1994. He became artistic director four years later. "Planning the programs involves all the musicians contributing ideas and combining them in different ensembles and genres," he says. "We never run out of ideas." S

The Richmond Chamber Players Summer Interlude concert series will be held each Sunday in August at 3 p.m. at Bon Air Presbyterian Church, 9201 Huguenot Road. For tickets and information call 272-7514, ext. 312.