Brooklyn Rider is a different kind of classical quartet. 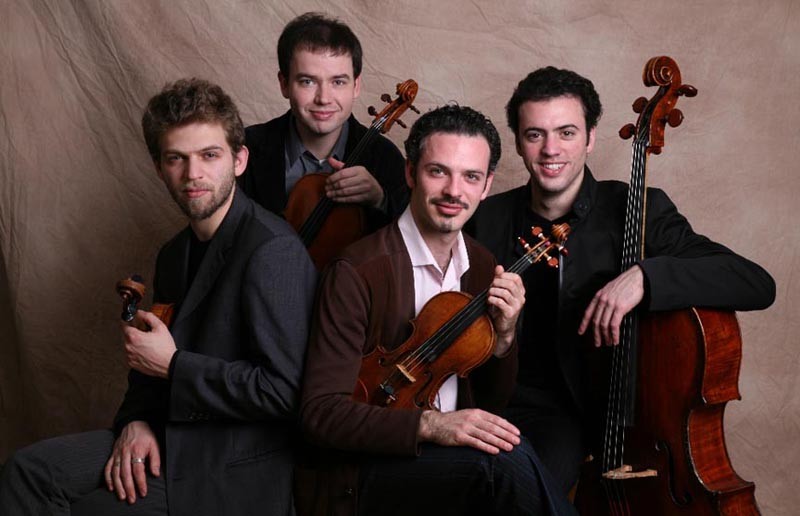 Fortunately for musical posterity, Ludwig Beethoven wasn't a "what you see is what you get" kind of guy. According to 18th-century pianist and priest Joseph Gelinek, he was a "small, ugly, swarthy fellow" with a "willful disposition," but Gelinek acknowledged that his compositions were marvelous.

Two hundred years later, audiences can still sense that his music communicates a sort of raw, beautiful honesty that comes from a place deeper than external appearances.

"Truth speaks to everyone," says Eric Jacobsen, cellist in the string quartet Brooklyn Rider. He describes the quartet's best concerts as ones in which members achieve a connection with the audience based on honesty, or "a willingness to be vulnerable." Indeed, that's what he looks for in performers when he's in the audience.

Brooklyn Rider includes Jacobsen, his brother Colin Jacobsen and Johnny Gandelsman on violins and Nicholas Cords on viola. The group has made a name for itself by working with musicians beyond the Western classical tradition and performing new music, including works by Colin Jacobsen. It's released three CDs, most recently the string quartets of Philip Glass.

All four members have performed with the Silk Road Ensemble, a project founded by Yo-Yo Ma to bring together professional musicians from many world traditions. Eric Jacobsen calls it a "never-never land for musicians" where an ethos of mutual respect underscores the fusing of musical approaches. They're also all members of the Knights, a chamber orchestra founded by the Jacobsens.

Also on the program is "Seven Steps," the first work composed by all four Brooklyn Rider members. "Everyone brought ideas to the piece," Jacobsen says. "It was a communal process."

By design, it shares a seven-part structure with the Beethoven, but otherwise is very different musically. About 80 percent of the piece is improvised during performance within the "road map" the musicians planned, according to Jacobsen. (Beethoven himself was an amazing improviser who was almost certainly in league with the devil, or so declared Gelinek, who had been trounced by him in a game of improvisation.)

Because everyone is equally part of the piece, committed to the kind of close listening to each other that improvisation requires, Jacobsen says, "Seven Steps," reflects the very nature of Brooklyn Rider. S

Brooklyn Rider performs Oct. 8 at 8 p.m. in the Singleton Center for Performing Arts at Virginia Commonwealth University. Tickets are $10-$32. Call 828-6776 or see vcumusic.org.