Music to Chill By 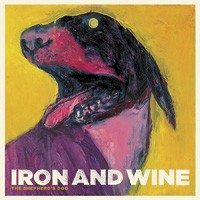 No album could accompany a fireside snuggle or deep conversation more perfectly than this one. Sam Beam fleshes out his typically lo-fi acoustic sound by adding an array of unique sounds to his signature muted strings and whispering vocals. A honky-tonk-tinged "Devil Never Sleeps" grooves alongside tender folk songs, such as "Resurrection Fern," which find the peculiar balance between organic and experimental. Absorbing, literate lyrics craft brilliant mental images and engage the listener with fascinating characters. Curl up with a cup of coffee and give this disc a spin when the first snowflakes start to fall.

"In Our Bedroom After the War"

Atmospheric indie-rock riffs cradle the alternating male and female vocals of Torquil Campbell and Amy Millan on 13 sweeping tracks that celebrate broken hearts and melodrama. While the overall vibe of the disc is relaxed, "Take Me to the Riot" is a poppy reprieve from mellow that inspires toe taps and sing-alongs, while "Bitches of Tokyo" flat-out rocks with gritty guitars. Synths and electro beats undulate in the background on a handful of songs, hinting at an early '80s sound, but not so much that the music is rendered pseudo-retro. Ease the headache of gift wrapping and party planning by keeping this disc on repeat.

Wanna blow off some steam after braving mall crowds and traffic jams? Throw on the sweet sounds of Sharon Jones, and you will be shaking your moneymaker for a solid hour with a sucker punch of bonafide soul. The Dap Kings are best known for their work with the likes of Amy Winehouse and Mark Ronson but smolder on their latest release with Jones taking center stage. Inspired by but not derivative of the sounds of Aretha Franklin and Etta James, Jones' gutsy vocals wrap around every brass blare and bass thunk with conviction. Drenched in sass and sultry rhythms, these 10 tracks will kick up your heels and spirit like a hot toddy minus the hangover.