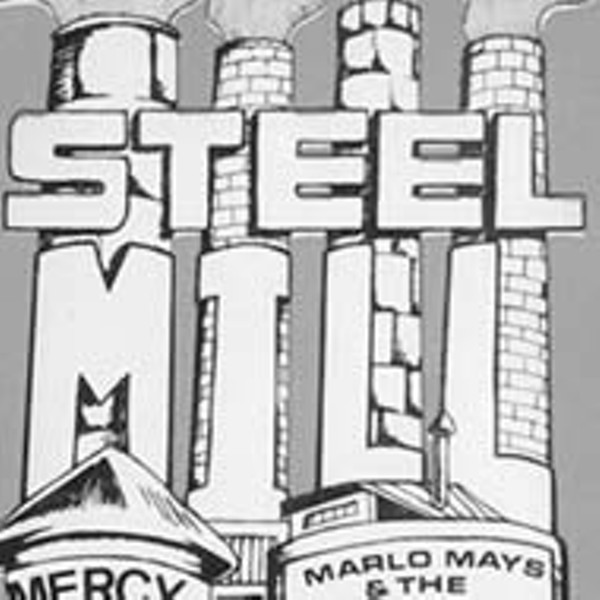 It's a far cry from the $2.50 admission for a 1970 Springsteen concert on the top of the parking deck at Seventh and Marshall streets, or from the cover charges at long-vanished clubs like the Back Door (now Twisters) or The Free University. Early in his career the musician treated Richmond as a second home, leading a band briefly called "Child" and then "Steel Mill"; for a time they were the hottest act in town.

"They were pretty much a local band," says Poe's Pub booker Chuck Wrenn. "They would do free concerts in Monroe Park; it was a '60s San Francisco, be-in kind of thing." Wrenn and his then-wife were part of the Fan counterculture, the peace, love, beer and pot-fueled scene they called "the Grove Avenue Republic." "Everybody wanted to be Haight Ashbury," he says. Springsteen's band members were regulars at the Sunday afternoon communal spaghetti dinners; occasionally they would crash for the night on someone's floor.

Onstage they were a sensation. "They were great when I first saw them," Wrenn remembers. "Bruce was really young, with long hair and holes in his jeans. You could tell he was destined for stardom, but I guess everyone thought they would always be here."

The owner of the Back Door, John Richardson, who now runs Big Daddy's Barbeque on Jahnke Road, says he booked the band as often as he could. "Springsteen had such powerful stage charisma that you could literally hear a pin drop, even when the place was packed to the walls. Everyone was so attuned to what they were playing."

Richardson won't be attending Springsteen's show at the Coliseum. His responsibilities kept him from the ticket lines, and his budget from the scalper aftermarket, but he remembers promoting one of Springsteen's last Richmond appearances: the E Street Band opening for Tina Turner.

"It was at the Mosque, two great powerhouses, and a hell of a show," Richardson says. "And I lost money on it. I was just too early."

Local musician/businessman Robin Thompson (who remembers Richardson doubling the cover charge at the Back Door whenever Steel Mill played) probably knew Springsteen as well as anyone. Thompson's band Mercy Flight, frequently opened for Steel Mill, and he joined Springsteen's band when they left Richmond to move back to Asbury Park, N.J.

"Bruce was a nice guy, a great guy to work with," Thompson says. "He was the leader because he was the most creative and prolific writer. He could write a song on the spot, in the middle of a set. He might have some trouble with a girlfriend and just make it into a song." Springsteen would often craft new songs in front of an audience, like a comedian trying out jokes; what worked stayed, what didn't disappeared.

The result was a body of work that was constantly being invented and discarded. Springsteen has recorded none of his Steel Mill songs. (And neither has anyone else, except Thompson, who will include his version of "Guilty" on an upcoming CD.)

Thompson credits Springsteen's ceaseless creativity for inspiring his own solo career. "I had a great time that short period, and I came out of it much more focused. I realized that I wanted to be a singer/songwriter rather than the singer in someone else's band."

Springsteen was also a guitar hero, a side of his performance seldom captured on his recordings. Thompson finds the comparisons to contemporaries Humble Pie and Mott the Hoople apt, but attributes Springsteen's appeal to intelligence rather than technique. "He wasn't the most polished player," Thompson says. "He's basically a power guy, with big Marshall [amplifier/speaker] stacks, but he knew when to play loud, and when to get attention by playing soft. He used the instrument well."

Then-University of Richmond student Glenn Mason remembers Steel Mill's hard-rock intensity. "They were the gutsiest guitar band ever," Mason says. "Bruce played both rhythm and lead; I've never seen anybody attack a guitar like that. He could blow [Eric] Clapton away."

Mason remembers being shocked when the rock-and-roller made his 1973 major label debut as a folk singer, the "next Bob Dylan." For most of the country "Greetings from Asbury Park, N.J." was the dawn of a phenomenal career.

"Richmond was to him like Hamburg was to the Beatles," says Mason. "He came here with nothing and won the town over"

Springsteen is famous for his confessional between-song monologues. Beyond the stage lights, in the sold-out Coliseum crowd, some of his earliest fans will be waiting to hear what he says about his first days in Richmond, when he was 19, ambitious and unknown.