Stone's Throw Down at Brown's Island
Saturday, Sept. 8
The second music and crafts party held by our best known California brewery features local stars — Spooky Cool, Kenneka Cook and No BS Brass — indie rock from Georgia (Futurebirds), the awesome Afro-beat band Antibalas from Brooklyn and Southern rock headliners and local favorites the Drive-By Truckers, from Alabama. This one will be packed with people. 1 p.m. to 10 p.m. $20.

4U – A Symphonic Celebration of Prince at Altria Theater with the Richmond Symphony
Sunday, Sept. 9
Two years ago, the world mourned after the untimely death of the artist forever known as Prince – a mesmerizing performer who mastered funk, rock, pop and soul within his own deeply personal music. This is the first and only estate-approved Prince celebration, curated and arranged by Roots drummer Questlove, with arrangements to be performed by the Richmond Symphony.
"With Prince's music it translated really well. The challenge was that there are so many songs. We've tried to hit the greatest hits while also digging into the catalogue," says Stephen Cook, co-creator and co-producer of the show and president of TCG Entertainment, a leader in producing crossover symphonic shows. "We'll have a high level band, rhythm section, stems. But it's not a vocal heavy show. What Questlove has done really uses the whole breadth of the orchestra. It's a masterpiece."
Cook says he won't be surprised if members of the audience sing along.
"Prince was all about the music, all the time. So what we're trying to do is pay homage to that," he says. "We'll have video elements, spoken word and photos provided by his estate. I think it's going to be a really moving kind of thing. It's a tribute but also a celebration." 7 p.m. $42 - $72.

The Byrds' "Sweetheart of the Rodeo" 50th anniversary at the Beacon Theatre in Hopewell featuring Roger McGuinn, Chris Hillman and Marty Stuart and the Superlatives.
Thursday, Sept. 20
Sold out as of press time.

Alison Krauss with guest Levi Hummon at Innsbrook Pavilion
Saturday, Sept. 22
She's collaborated with Willie Nelson, Gillian Welch, Robert Plant, Dolly Parton, who she sounds like, and Phish and along the way has won 27 Grammys from 42 nominations — so yeah, she can sing pretty. 6 p.m. $32-$37.

Maxwell at Altria Theater
Thursday, Sept. 27
Part of his 50 Intimate Nights Live tour, Maxwell brings the boot-knockin', neo-soul train to Richmond, where he should probably give a shout-out to our own D'Angelo. 8 p.m. $49.50 to $99.50.

Steely Dan at Altria Theater
Monday, Oct. 1
Guitarist and co-founder Walter Becker is gone, but the urbane sound of Steely Dan remains largely intact thanks to the slyly soulful vocals and witty lyrics of Donald Fagen. Expect a greatest hits machine played by session pros with a few choice solo cuts sprinkled into the mix. The band has been closing with a bittersweet instrumental cover of Joe Williams' "A Man Ain't Supposed to Cry" — possibly a tribute to Becker. 7:30 p.m. $49 to $149.50.

Iris Dement at the Tin Pan
Tuesday, Oct. 2
The accomplished singer from California via Arkansas is known as much for her lyrics as her lovely voice. $35-$40. Show at 8 p.m.

Richmond Folk Festival along the downtown riverfront
Oct. 12 – 14
Among the highlights this year: gospel soul goodness with Mavis Staples, New Orleans bounce with Ricky B., local gospel star Larry Bland and the Volunteer Choir, roots reggae with Ras Michael and the Sons of Negus and chair-moving zydeco with Leroy Thomas and the Zydeco Roadrunners. It's always a blast for those with open minds and ears. Free, but donations are encouraged and expected.

Cole Swindell, Dustin Lynch and guest Lauren Alaina at Richmond Coliseum
Saturday, Oct. 13
It's a new country show, sure, but the tour's name is "Reason to Drink ... Another Tour" — so you know it's honest, and maybe in need of an editor. Georgia native Swindell follows in the boot steps of George Straight and Randy Travis but has a much better showbiz name that even the Sex Pistols could love. 7:15 p.m. $33 to $57.

New Potato Caboose at Capital Ale House
Saturday, Oct. 20
A rare reunion show by the hippie-jam band from Washington and Northern Virginia that used to pack small Richmond bars such as the Library and New Horizons (with soon-to-be-filthy-rich bands such as Dave Matthews, Widespread Panic and Phish occasionally opening). 8 p.m. $20-$25. 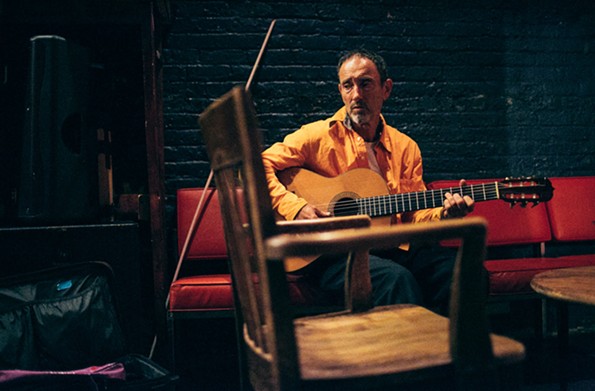 Jonathan Richman and Tommy Larkins at the Camel
Sunday, Oct. 21.
The great doe-eyed, proto-punk troubadour and his stoic drummer (you may recognize them from "There's Something About Mary") always bring the passion, humor and a wonderful catalog of songs in several languages. Restore your faith in the healing power of music with new songs like "People Are Disgusting" and a nod to my personal favorite little bar of all time, "Outside O' Duffy's" in Chico, California. 9 p.m. $20.

Oh Sees and Escape-ism at the Broadberry
Sunday, Oct. 21
Lead singer John Dwyer for the Oh Sees reminds me of Crispin Glover a little, but when he rocks out, not even Glover's interpretative spaz dance from "Friday the 13th: the Final Chapter" can compare. The Oakland band's latest, "Smote Reverser," again shows Dwyer is not content to be pigeonholed to any one style of music: This one is more like a prog-metal freak out. Opening the show will be Escape-ism, the curious electro-rock act of Washington's always-provocative Ian Svenonius and crew, touring behind "The Lost Record" on Merge. It's not really lost so much as unloved. 8 p.m. $15-$18.

The Breeders at the National
Tuesday, Oct. 23
Critically acclaimed indie rockers led by the sisters Deal (Kim and Kelley) known for their crowd-friendly shows and big MTV sing-a-long hit, "Cannonball." 7:30 p.m. $25.50 to $30.50. 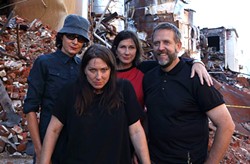 Brian Wilson presents "Pet Sounds" at Dominion Energy Center's Carpenter Theatre
Friday, Nov. 2
Here's likely your last chance to see one of pop music's undisputed masterpieces performed live. This is a show that was rescheduled after Wilson had to get back surgery in May. Show features guests Al Jardine and Blondie Chaplin. 8 p.m. $67 - $107.

Gwar, Municipal Waste, High On Fire, Miss May I and Holocaust at the National
Saturday, Nov. 11
Easily the sickest metal summit of the fall — the Gore, the Core, the Metal and More tour — this pulverizing bill is headlined by two of Richmond's most beloved metal masters, the indomitable bloody beasts of Gwar and the "River's Edge"-thrash party genius of Municipal Waste with ultimate hesher guitarist Matt Pike's blazing Oakland trio, High on Fire, riff-laden warriors who appeal to old-school fans of Motorhead and Black Sabbath. Pike returns a month later with stoner legends Sleep. 6:30 p.m. $22-$25.

Kamasi Washington and Butcher Brown at the National
Wednesday, Nov. 14
One of the most popular figures in jazz, tenor saxophonist and composer Kamasi Washington has crossed over by performing with the likes of Kendrick Lamar, Ryan Adams and Run the Jewels, while drawing comparisons to Sonny Rollins and, on a spiritual-aesthetic level, John Coltrane. He's that rare jazz artist whose uplifting music appeals to large crowds. Last year's show was one of the highlights of the year at the National, according to those who went. This one should be even sweeter with local funk-jazz outfit Butcher Brown warming up the stage. 7:30 p.m. $39.50-$43.50.


Click her to return to the Fall Arts Preview