Sean Costello's old-school blues style sets him apart from the other young hotshots. 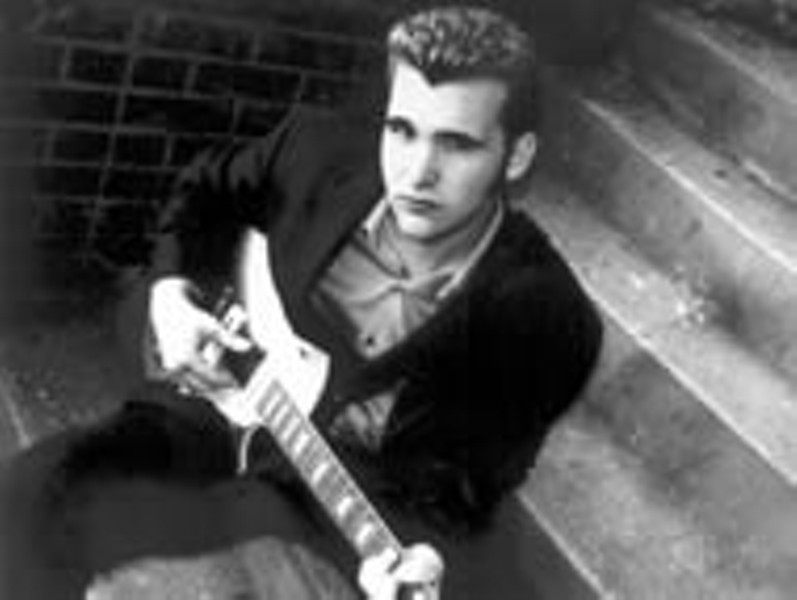 "Of course, everyone's skeptical. … We've heard the young guitar player bit," the 23-year-old bandleader says by phone from his Georgia home. "But in some ways it helps me … because I stand out. I don't play in that (blues-rock) style."

Costello's most recent CD "Moanin' for Molasses" is a first-class testimony to his claims. The guitarist charges through a number of styles, part original blues, part covers of obscure tunes by everyone from Otis Rush to Buddy Guy and Johnny Taylor. Tackling Chicago blues, New Orleans rumba-boogie, Memphis soul and acoustic Delta dirt, Costello finds blues heaven in each cut as he plays with taste and tone usually reserved for older players.

But Costello will remind you that he has experience beyond his years. His ninth birthday brought him his first guitar, although he did not take the instrument seriously until he turned 12. When he started playing he buckled down hard copying early heroes Jimi Hendrix and Led Zeppelin.

"It occurred to me I was better at [playing] than anything else," Costello says with a laugh. "I started getting pretty good."

Costello learned his favorite players' blues roots and took a chance with a Howlin' Wolf record mainly because of the singer's wild name. Wolf guitarist Hubert Sumlin's economical style caught his ear, and everything changed.

"Immediately after I heard that, I started teaching myself that," he says.

Soon, Costello added Muddy Waters, B.B. King and other blues greats to his recording collection and began playing around Atlanta with a group. His parents were OK with his night life "as long as I kept my grades up. … as long as I stayed out of trouble." At 14 he won the 1994 Blues Talent Contest in Memphis. He met blues bad girl Susan Tedeschi at the contest, and they began to tour together off and on before Sean was out of high school.

"I was living it up at the time," Costello recalls. "I thought, 'It's all going according to plan.'"

Sean also had his first CD in the can before he graduated. He and his band hit the road, and Costello found himself on stages jamming with idols such as King, Guy and Bobby "Blue" Bland.

"All the old guys were very encouraging. Saying things like, 'Keep doin' what you're doin.' It was all real positive. Don't drink. Don't do drugs. Stuff like that."

This year Costello has played Europe twice and continues working an "insane" schedule. Saturday's Boulevard Deli gig is his first-ever in Richmond.

"The show is very energetic," Costello says in closing, searching for words to describe his stage act. "It's soulful but maybe I shouldn't call myself that. It's a lot of the blues. … played with feeling. I don't play in the blues rock guitar craziness." S