Music for Folks: The great-nephew of Django Reinhardt takes his guitar duo in new directions 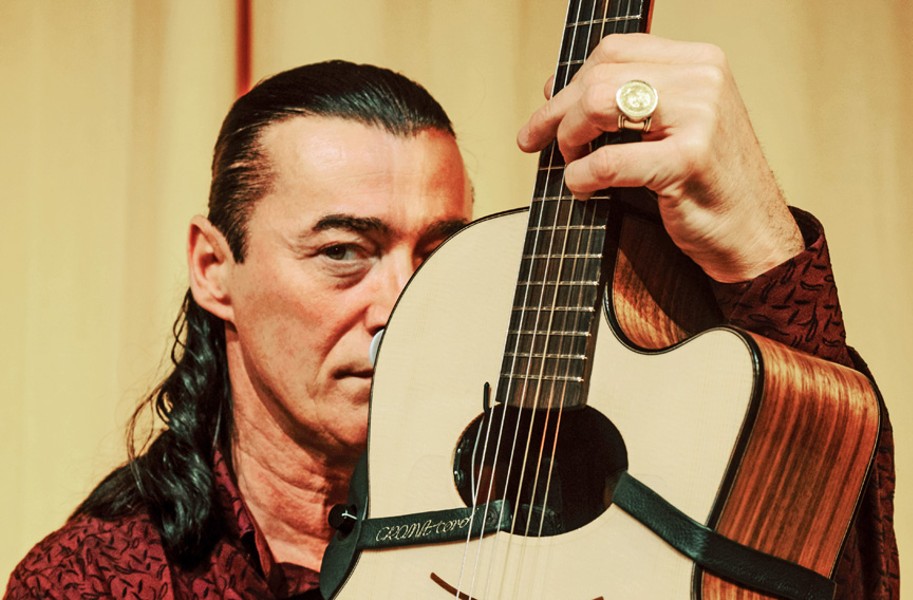 Lulo Reinhardt has a lot to live up to with his famous last name.

What's in a name? Billed as the Gypsy swing great-nephew of jazz guitar great Django Reinhardt, the amazing in his own right Lulo Reinhardt has to walk a fine line.

"I have to say the name is really big," Reinhardt says. "It's a big name. There are a lot of discussions of how we are related. But I have done my own music for 20 years, with my own signature." As for style, "This is a duo, you need a sextet, with a violin, to play Gypsy swing. We play our own stuff."

Whatever his blood connection to the great, two-fingered guitarist of the 1930s, Reinhard comes from a great family tradition. His uncle, Alfons "Darweli" Reinhardt, survived the Auschwitz and Ravensbrück concentration camps to popularize Sinti gypsy music in 1960s Germany. Lulo Reinhardt spent the first decades of his career playing rhythm guitar with Darweli, and then with the band of his cousin, Darweli's son Mike..

The popular mash-up of flamenco, salsa, and gitano music of the Gipsy Kings was a major inspiration. "I got my first nylon string guitar, played flamenco with a pick, created my own style: Latin swing," Reinhardt says.

His Gypsy heritage is key for his next project, a pilgrimage to his ancient ethnic homeland in northern India. "I want to tell their story," he says. "Why they left 1,100 years ago. They went to Persia, Egypt and Armenia. Then two tribes split, the Roma went to the Balkans, the Sinti to Russia, Germany and the Ukraine."

A documentary, an album featuring an Indian slide guitarist, and a U.S. tour are in the works.  In addition, Reinhardt continues to play with the Latin Swing project, and he has traveled the world as the host of International Guitar Night. But arguably duos with contrasting styles and plenty of improvisatory space, like his Folk Festival appearance with classical guitar virtuoso Daniel Stelter, are an ideal way to hear him.

"It is interesting how it works," he says. "Nothing is arranged, the sound is totally open. We are both good soloists and rhythm players. Rhythm is the most important."

What can the audience expect? "We are not boring musicians, working just for the money. We always do our best. They will hear some new stuff. We'll play swing, Latin, jazz, and we only play two cover songs every set. The best thing is if we can see the audience's faces. I like to see smiling people. If I do, then I know that we are successful."

How does committed originality fit into a traditional-focused festival? Reinhardt has a logical answer, "It is also folk music because we play for the folk."