by Brent Baldwin and Peter McElhinney 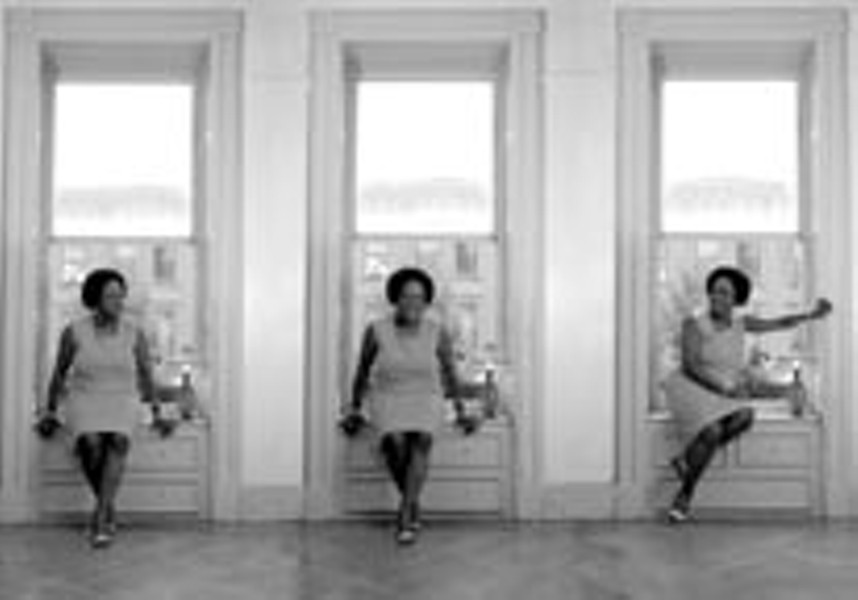 In more immediate news, the Carpenter Center is dark as a result of the performing arts center squabble, and no musical events are on the horizon for the Landmark Theater after the umpteenth yuletide defeat of "The Nutcracker"'s Mouse King. So it could have been a bleak midnight for national music. But, as in the past few seasons, the University of Richmond and Virginia Commonwealth University are filling the void.

In that role, Kathy Panoff's Modlin Center at UR is in a class by itself. Pianist Chick Corea appears with Touchstone, his jazz/flamenco fusion ensemble Feb. 28. On the classical side, shows include a 250th birthday Mozart Marathon (Jan. 26-28), leading soprano Dawn Upshaw (Feb. 15), artists-in-residence eighth blackbird (Feb. 22) and great classical-period instrument orchestra The Academy of St. Martin in the Fields (Feb. 27). On March 15, popular Irish traditionalists The Chieftains close out the winter a week before the equinox.

VCU's jazz program continues to show great restraint in investing its $2 million Singleton gift on high-profile guest artists, but what its programs lack in fame, they frequently make up for in quality. The Jazz Piano Concert Series continues Feb. 12 with Washington swing pianist John Eaton, a deft stylist with a graceful affinity for standards. VCU's free faculty and student recitals continue to be one of Richmond's best musical bargains. The winter schedule (posted at www.vcujazz.org) includes performances by the VCU Jazz Orchestra (Feb. 16), trombonist and director of the jazz studies program Antonio Garcia (Feb. 19) and trumpeter Rex Richardson (March 7). Richardson is a virtuoso at home in either jazz or classical contexts, and his last recital was one of the highlights of 2005.

Also worth bearing in mind is the Richmond Jazz Society meeting held on the second Tuesday of every month. The people are warm, and the performances are always engaging and occasionally brilliant.

On the rock front, break out your devil "shocker" signs: Hollywood hair-metal bad boys Motley Cr�e are back to regurgitate their glory days at the Richmond Coliseum March 11. The band had a few early MTV hits, then quickly dissolved into a drug-addled parody of celebrity excess. Now you too can pay good money again to stand beside big-haired '80s chicks pulling up their shirts to such Cr�e classics as "Girls, Girls, Girls" and "Dr. Feelgood."

A few more shows have been announced: Funk goddess Sharon Jones and her band, The Dap-Kings, return to Alley Katz Feb. 1; local political punk band Strike Anywhere makes a rare appearance at Alley Katz March 3; and Trent Reznor and his band, Nine Inch Nails, bring their happy industrial "music to cut yourself by" to the Coliseum March 14.

And Nanci Raygun is probably the hardest-working of them all, with a calendar full of indie rock, punk, hip-hop and lots of local acts. They're cranking out multi-band lineups almost nightly with events such as The Gaskets' CD release party (Jan. 28), and the last Wow, Owls! show (Feb. 17), with opening local talent Pink Razors and Josh Small. The national acts coming through Nanci's doors on Grace Street include hardcore bands Some Girls (Jan. 30) and Big Business (Jan. 31). And their annual Rock Lotto event happens each spring, where bands are formed by pulling names out of a hat and then must perform a week later.

Richmond native Brent Baldwin has been writing about music for 10 years and contributes to the annual Village Voice critics' poll in New York.

Peter McElhinney, who writes about jazz and tangentially related topics, has a day job as president of Macro Doctor LLC, a medical financial services firm.