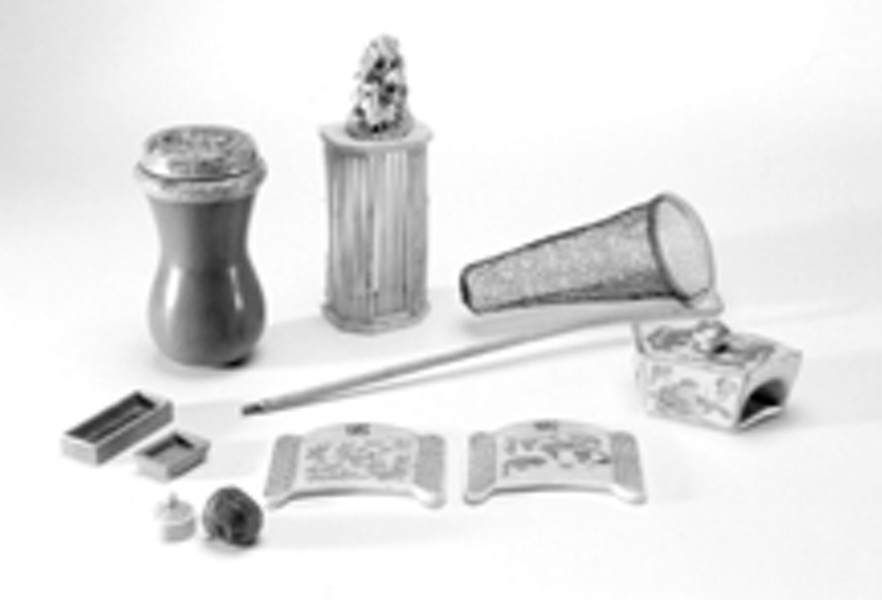 Two of the nephrite carvings are among the oldest works of art in the East Asian collection and among the oldest in the museum, says Shawn Eichman, the museum’s E. Rhodes and Leona B. Carpenter curator of East Asian art. What’s unique about the Maxwell gift is that it contains paraphernalia used in the raising of pet crickets.

As early as the Tang dynasty (618 to 906), crickets were kept as pets in China. “It’s a remarkable phenomenon,” Eichman says. “It’s the only world culture with a long tradition of having insects for pets,” he says. Imperial concubines would capture the insects and keep them in tiny gold cages to better admire their chirping and singing. Soon after, say, in the Song dynasty, crickets were elevated to an even nobler status: They were bred to fight. In both cases, only male crickets were collected. Historically, female crickets would neither sing nor fight.

Cricket fighting was a highly competitive and courtly craze in imperial China. And while it remains popular in some pockets of the country, it doesn’t compare to the days when dignitaries scouted the finest specimens as gifts to the imperial court. These crickets were given military titles like “general” and could cost as much as a fine horse. Fortunes were waged during cricket fights. And ancient Chinese stories — not unlike Grimm’s fairy tales — tell of the rise and fall of families upon the success or demise of a single cricket.

In keeping with their love and appreciation for early Chinese art, the Maxwells began collecting cricket implements years ago, Eichman says. Their gift to the museum includes a variety of cricket cages — some with bars carved from ivory and nephrite. One is made from a carved nut. It was specifically designed for singing crickets. Other paraphernalia include fragile cricket nets, porcelain or ivory feeders and beds, and two plaques indicating the names of victorious fighting crickets.

Only two other museums in the country have cricket-fighting art, Eichman notes. So for the museum to be included among them is a great, if not quirky, feat. Eichman says it’s the educational value of introducing the public to a new and rare art form that makes the collection invaluable. And, he says, thanks to the Maxwells the museum soon will have an exhibit “entirely based on cricket fighting.”