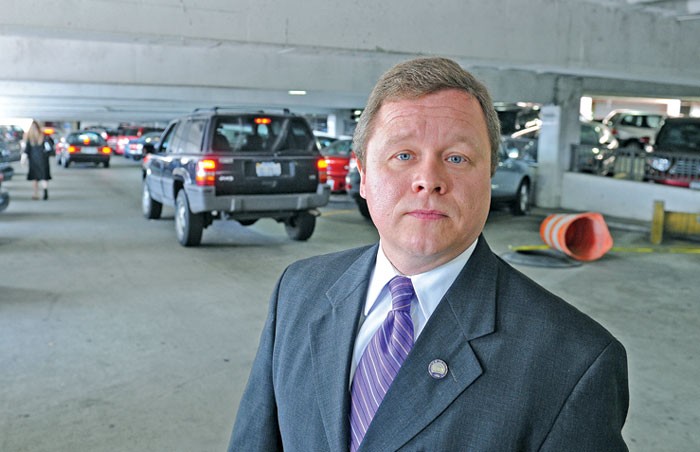 Morning or afternoon, weekday or otherwise, officials at the Museum of the Confederacy say their patrons make the same complaint: “The parking deck is full.”

The museum’s been using space at the parking deck on 12th Street, which is owned by VCU Medical Center, for almost 50 years. But a recent car fire and the ensuing repairs have made it more difficult of late to find a spot in the 775-space deck, renewing strained relations between the museum and the university.

Eric App, director of museum operations, says “there’s been some level of too-tight a quarters between neighbors over that deck since it was built.” An agreement with the university, ratified as recently as 2004, “suggests” that visitors of the museum are allowed free parking at the deck, he says, but it doesn’t specify how many spaces the university will make available.

The museum’s staff and visitors have their parking stubs validated upon arriving. But by the time most arrive each morning, App says, the deck often is filled to capacity.

The museum hasn’t been able to put an exact figure on how parking scarcity affects the museum’s bottom line, App says. Visitation varies from day-to-day and season to season, he says.

The issue isn’t new. Six years ago museum officials campaigned to physically relocate the White House of the Confederacy, citing dwindling visitation because of VCU Medical Center’s growth. The campaign was abandoned after preservationists protested the move. Moving the building also was deemed too costly. The museum also has been working in the past few years to open satellites at Virginia battlefields, including Appomattox.

App says there’s been “permanent loss” in visitation at the museum since the recent construction of VCU Medical Center’s Gateway Building on Marshall Street and the so-called Bed Tower on 17th Street.

Bill Martin, director of the nearby Valentine Richmond History Center, says complaints about parking near MCV are indicative of the area’s growth into a bustling urban neighborhood, something that suburban visitors may need to get used to. “Parking is available,” Martin says, “but it might not always be at the front door.”

App says the museum only asks that parking be made available for “those that want to come see us.”

Anne Buckley, a spokeswoman for Virginia Commonwealth University, says in an email to Style Weekly: “We have an agreement with the Museum to provide available spaces to both employees and visitors. We have had discussions with the Museum and continue to meet the obligations of our agreement.”