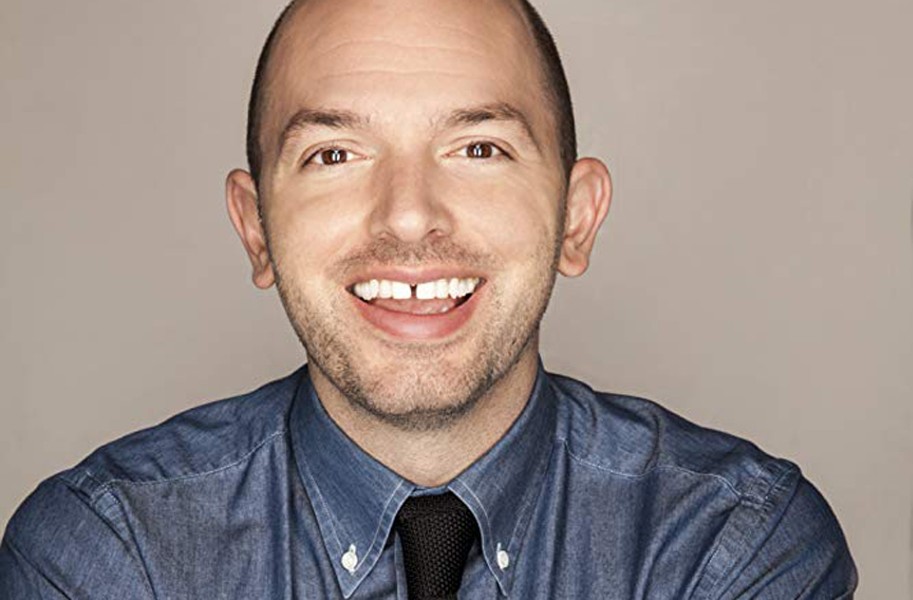 Terrible movies can be a lot of fun to talk about.

That's the simple but winning formula behind the podcast How Did This Get Made? with hosts Paul Scheer ("Veep" and "Black Monday"), Jason Mantzoukas ("The League") and June Diane Raphael ("Grace & Frankie"), also Scheer's wife.

Over the last nine years, the trio has recorded more than 200 episodes while being named one of Time magazine's 50 best podcasts, in addition to taking home the 2019 Webby Award for best comedy podcast.

Now they're taking the show on the road for an interactive live tour experience that will be recorded for the podcast.

Style Weekly caught up with the fast-talking Scheer by phone from Los Angeles, where he was just getting out of a location test for one of his many current projects.

Style Weekly: So how is the live show going to work?

Paul Scheer: The live shows are unique. Jason, June and I all come from a performing background, so we try to make it more special. There will be three people sitting in chairs on stage, but we really try to involve the audience a lot. About 15 to 20 minutes is cut out of the [broadcast episode of the live show], so you'll get an experience no one else will see or hear. We do sound clips, video clips from the film. We do the Second Opinion songs, where people in the audience come up and sing their own versions of songs. We go out into the audience a lot, they ask questions, people come in costumes. … One of the things I love about the show ultimately is it's this community. It scratches that itch for how you feel when you've seen a bad movie.

Do your interns research bad films connected to the city you're in?

We try to do that a little, but it's tricky. We want to pick the most entertaining movie for the audience. When it does link up, when we go to Boston and do a Matt Damon movie, or on Friday the 13th do a "Friday the 13th" movie, it's great. We look for connections in everything in how we program it, but it's not imperative.

I was going to say, you have to see "Rock and Roll Hotel" filmed at the Jefferson here in 1982, starring Judd Nelson just before "Breakfast Club" and written by the guy who did "Rock and Roll High School" for the Ramones. It's hilariously bad in every way. I'll send you the cover story we ran on it.

Whoa. Oh wow. I would love to check that out. That's one of the big tricks with our show, we try to find movies that are accessible to people.

You have another podcast, Unspooled, with critic Amy Nicholson where you look at all-time great films. How did your wide-ranging love of movies come about?

I grew up a latchkey kid, only child. I would come home and the TV was always on, reruns of "Brady Bunch" or "Different Strokes" or whatever. I would love to go the video store — that idea of going there and experimenting. A lot of my life I've spent watching the more pop culture films. With Unspooled, I go back and fill in the blanks with those classics I never saw. … I worked at Blockbuster for a long time. When I worked in New York City I would spend lunch breaks wandering Tower Records. My love of movies is just about coming up in that time where you could all the sudden get whatever. I'm not sure if it's that special any more, when you just press a button. 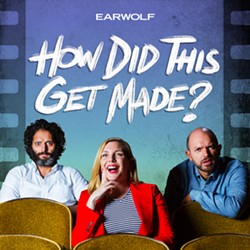 As an early podcaster, do you have a favorite thing about the format? How has it changed the most?

I just love that it has all the benefits of great radio. I grew up loving Howard Stern, listening every day. I thought these people were my friends. I never lost that love for talk radio. I even did radio on K-Rock in New York. Podcasting is just radio that you can turn on whenever you want.

Bad movies are a simple point of entry. We wanted to create the vibe of sitting around in a bar or coffee shop, or Denny's, and talking about them.

Now it's amazing to see that every podcast niche is filled. [If you like] '80s video games, Japanese architecture, cooking, finance, there are 10 podcasts for you. You don't feel alone because people out there share your interest.

I tell people who want to start their own podcast: Do what you want to do. At the end of the day the niche is fine, but people are tuning in for you, your voice. That's what people connect to. And that personal connection is what I find so cool.

You always have multiple projects going — what's your advice to the newbie wanting to get started in television?

Good question. I really think you need to cultivate your own voice. Mine your own personality, point of view, don't copy what else is out there. If you want to learn about writing, pick one of your favorite shows and task yourself with writing an episode of it. You'll learn a lot about writing that way and you can have fun with it.

You basically have all the tools now. "Tangerine" was shot on an iPhone. You can make something different, something small. We're in a business in LA where the only thing you have is what you've done. If you do a lot of stuff, you'll have more to show people. Nobody is going to hand you anything.

I'm working on a project now with Bullit, which is the production company started by the Russo brothers, Todd Makurath and Justin Lin. We're doing a kind of interactive "Bill and Ted" in the world of Cardi B and Jaden Smith. A choose-your-own adventure that will be coming out later in fall or winter. "Black Monday," the show I do with Don Cheadle, will be coming out with season two on Showtime. There are other things, but I can't talk about them yet.

So "Starcrash" — anything you want to tease about this glittering pile of feces?

[Laughs] All I can say is it needs to be seen to be believed. It's in the same vein as "The Room" or "Miami Connection" – and was produced by the same people who made the Lou Ferrigno version of "Hercules." It's just so bizarre, so grandiose, so fun to watch but amazing that anyone, at any point, thought they were doing something good.