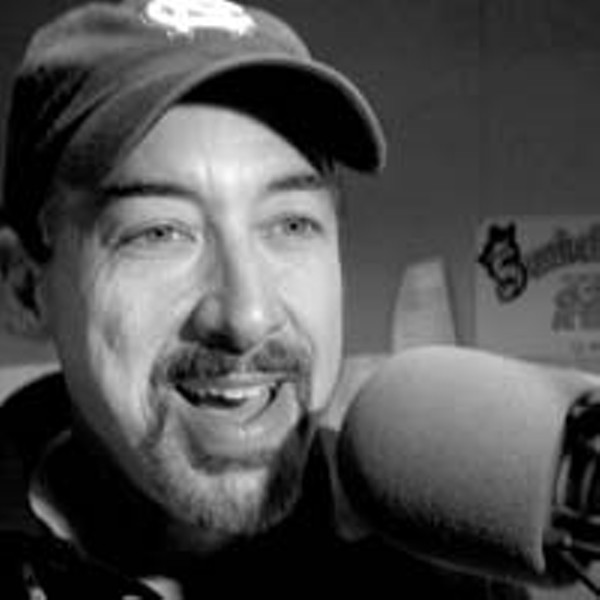 Hungate was known for using personal stories and trivia to introduce classic rock hits from the '60s and '70s. To his credit, he didn't come across as a name-dropper, just a serious, dyed-in-the-wool fan of the rock 'n' roll he grew up on.

Locals may not know it, but Hungate is widely considered America's first "classic rock" DJ from a gig working at Philadelphia's WYSP 94-FM in 1981. This was before computers or "classic anything," Hungate says, when he and radio pioneer Lee Abrams invented the classic rock format using 3-by-5-inch color-coded index cards.

Proving the thirst for classic rock is truly more than a feeling, Hungate is stepping into the 2 to 7 p.m. slot on Free Lance-Star radio group's classic rock format 96.9-FM, WWUZ (licensed to Bowling Green) — heard in many areas of Richmond.

Style chatted recently with Hungate about his 30-plus-year career in radio: From his college days alongside now famous DJ Rick Dees at UNC-Chapel Hill, to running a rock station in Detroit — where he hired a tall, yeti-like creature named Howard Stern for $30,000 a year — to his ongoing legacy as "the classic rock guy" in Richmond.

Style: How has radio changed since you started?

Hungate: The saddest aspect of today's radio is the insistence on playing not to lose as opposed to playing to win. It's a whole different paradigm. Playing to win, to me, encompasses not being afraid to take chances. Radio plays it so safe today. … Radio used to be more fun, less beholden to the almighty stock price.

Did you model your on-air style after anyone?

No. I just tried to pretend there was no microphone or miles between the listener and me — and pretend that I was sitting at a bar and talking to a friend about rock, or sports, or whatever. A lot of my on-air approach is tied with background trivia. … I learned a lot from actually buying the albums when they came out and reading the liner notes.

What do you say to people who accuse classic-rock DJs of ruining songs like "Satisfaction" and "Black Dog" by overplaying them?

I don't think you're ever going to truly fry those top songs — those top two or three hundred. I do think people are starving for the other album tracks, the secondary or tertiary tracks.

It was just him [solo], but Howard was already pushing the envelope. It was my responsibility as program director to make sure we didn't lose our FCC license — this was pre-Letterman. … I remember one morning at 5:30 he had identical twin prostitutes in the studio and was asking them about oral [sex] and what relationships they have with their pimps. This was 1980 — you couldn't even say "You suck" on the radio, or people took it literally.

How about a funny on-air story with an artist?

Ted Nugent came out once in Detroit [for an interview] and parked his black Ford Bronco beneath the second-floor control-room window. Rabid hometown fans stood on his Bronco to look in the window and crushed the roof. … Ted came out and didn't know whether to be livid or flattered. He was like, "Godda— … uh, great, are you coming to the show tonight?"

What's your opinion of voice tracking?

I think in this post-9/11 age, it's crucial to have a live person on air. [Voice tracking] all started with overnights and then crept into the 7 p.m. to midnight period under the rationalization that adults watch TV during this time. Then it kept moving to midday. It's always a cost benefit analysis. … But not having a human there can allow Murphy's Law to rear its ugly head. Call me traditional, but I believe in a live human being on the air.

How is Richmond different from other rock markets you've worked?

Southern rock rules. Probably even Macon, Georgia, does not want this much Southern rock. Skynyrd, Eagles, Allman Brothers. Some bands that are big in other places can't get arrested here. The worst-testing band is Rush … and hard metal falls flat on its face here.

Where do you see the future of radio going?

I see the pendulum swinging back the other way. It went all the way to the side where stations were playing literally only 250 songs [in constant rotation]. … This jukebox style of album radio I think is about to come to an end. Maybe it will swing back to where it was in the '80s, where people can go deeper into the albums. S

For a more detailed narrative of Dick Hungate's fascinating career in radio, check out his Web site at www.inventorof classicrockradio.com.