Preston Brown's plans to make it big took him from the East Coast to the West Coast, from the black to the red and back again. Now he wants to climb Richmond's most powerful hill. 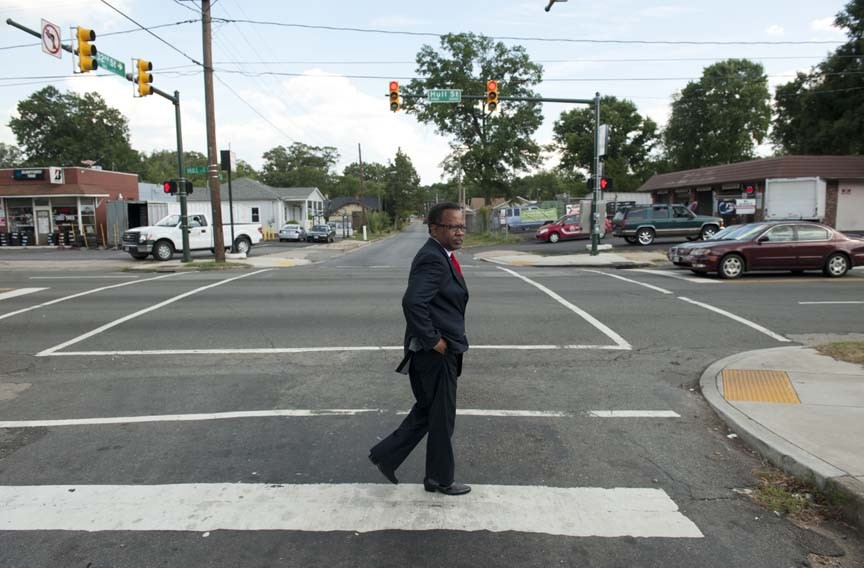 From behind the wheel of a powder-blue luxury sedan, cruising past storefront churches and shotgun houses, Preston T. Brown reveals secrets of south Richmond.

"That right there is a gambling house," he says, smiling while pointing toward a small house just a few mailboxes down from a local bible ministry. "They have craps, poker, whatever you want." Cruising south on Hull Street, Brown tilts his head in the direction of a drab structure with a neatly manicured and grassy front yard. It's where people go to fence stolen goods, he says.

Brown has worked in this neighborhood for decades. A serial entrepreneur, three of his businesses — a car dealership, a soul food cafe, and an AM radio station — are within blocks of each other near Hull Street and Broad Rock Boulevard.

The temperature hits 101 on this Saturday, two degrees cooler than the hottest July 23 on record in Richmond, and Brown is in campaign mode, hopscotching from one community event to the next.

A lifelong Democrat, Brown is challenging that party's longtime state senator, Henry Marsh, for the right to represent the 16th District, which includes portions of Church Hill and south Richmond. To do it, the 57-year-old is running as an independent. And as it works with many an underdog political campaign, this is a strategy born of necessity. Voter turnout traditionally is much lower for primary elections, and the domain of the party faithful, so Brown decided to skip that step to take his chances in the general election. Taking on Marsh, an incumbent and the closest thing Richmond has to a living civil rights legend, he's going to need every advantage he can muster.

Across town, a large, round man who introduces himself as Sweet Lou Hidalgo waits beside the stage at Dogwood Dell. Every week, Hidalgo buys air time on WCLM-AM 1450, one of two local radio stations co-owned by Brown. He's also the organizer of the Latin Jazz Festival, which has drawn dozens of revelers to Byrd Park, and he's promised Brown a few minutes between sets to address the crowd.

This is the engine that powers Brown's fledgling candidacy, a lifetime's worth of personal connections parlayed into opportunities to win voters. "That's how I'm going to make it," he says. "I'm as grass-roots as it gets."

Opinions will vary, but a win for Brown isn't that far-fetched. Much more unlikely candidates have defied conventional wisdom and defeated well-established incumbents. Remember Alvin Greene? He was the unemployed South Carolina political unknown who in the 2010 Democratic senate primary defeated a popular state politico for the right to get trounced by Republican Sen. Jim DeMint.

In Marsh, Brown takes on a 20-year veteran of the General Assembly and one of the most entrenched politicians in the state. He's at a disadvantage in the holy trinity of political campaigning: fundraising, name recognition and experience. Faced with those political realities, most people wouldn't bother. And there aren't many observers beyond Brown's core of supporters who give him much of chance.

"He's going to need some intervention, divine or otherwise," says longtime political consultant Paul Goldman, who famously managed one of the biggest political upsets in Virginia history — Doug Wilder's gubernatorial victory over Republican Marshall Coleman in 1989. But even candidates with little chance of success are important to the political discourse, Goldman says. Whether single-issue candidates, upstarts looking to gain name recognition or grass-roots party crashers, they can test the invulnerability of incumbents, keep them honest, raise issues that otherwise go unaddressed. And — who knows — maybe even pull off the Cinderella upset. 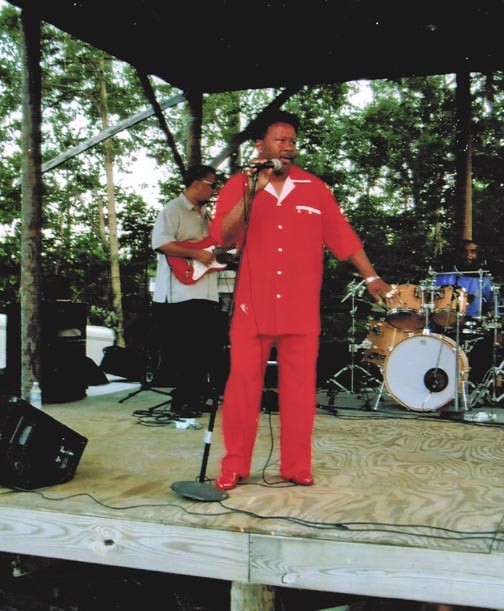 "If voters are presented with a choice then it remains their system of government," says Isaac Wood, a political analyst with the University of Virginia Center for Politics. "The people are in charge as long as there's a choice."

For Brown, part of the motivation is to remind the people that, despite the quirks of the system, there is a choice, and that they too can air grievances. Even as Marsh heads toward likely re-election, there's at least one constituent willing to challenge him.

People lacking in deep reserves of disposable income or practical political experience usually don't challenge sitting state senators. But they're not Brown, a man who has penchant for making unironic and grandiose pronouncements, such as, "I'm the hope of black America." Eased into his front seat on the way to Byrd Park, he answers a volley of questions on campaign strategy with his typical pluck:

How much money have you raised?

"I don't need much. I just need shoes to walk and talk and show my face," he says. Marsh's campaign war chest stands at $44,518, according to the most recent campaign finance reports, while Brown has raised just $10,080, a healthy portion of which is his own money.

How will you overcome the name recognition problem?

"Nobody under 50 knows who Marsh is. He doesn't hold public meetings in Church Hill or in Hopewell. He has the years, but he doesn't have the community."

Have you lined up support from any elected officials?

Ultimately, why should voters choose you, someone who has no legislative experience? Why you?

"I'm the coolest dude out here right now. I have heart. I'm not going to fall for the okey-doke, and I'm not afraid to lay it on the line for the people who are suffering right now."