Movies to Watch: From Scorsese and Jarmusch to Sono and Soderbergh, the most anticipated movies of 2019

“Once Upon a Time in Hollywood”

In the gray cold of January, when we are spiritually and physically fatigued from the excess of the holidays, it's affirming to look forward to the pleasures that we hope are ahead.

In that spirit, with local theaters still playing last year's Oscar bait and superhero entries, as well as the low-rent horror films and comedies that are typical of the season, I offer the films that I'm most impatient to see later in the year. Release dates for many of these productions have yet to be determined, but I've noted the projected month of release when applicable.

If you're looking to see something right now, I suggest Clint Eastwood's poignant, surprisingly playful "The Mule."

"The Irishman" (Martin Scorsese)
Netflix greenlit a project that Scorsese has been developing for ages, a Jimmy Hoffa saga that reunites the filmmaker with Robert De Niro, Harvey Keitel, and the long-retired Joe Pesci. Also in the mix is Al Pacino in his first Scorsese film, as well as Anna Paquin, Bobby Cannavale and Ray Romano. Too good to be true, right? Scorsese is taking a risk that might render "The Irishman" more than a high school reunion for gangster junkies: utilizing experimental special effects, his aging legends will play themselves over 30 years. Sounds uncomfortably similar to a modern Robert Zemeckis film, but Scorsese has been on fire recently, and that cast is impossible to dismiss.

"Once Upon a Time in Hollywood" (Quentin Tarantino)
I have a rule about Tarantino films: When the self-conscious bad boy needs to prove himself, he hits the ball out of the park. With the success of "Pulp Fiction" looming over him, Tarantino settled in and made "Jackie Brown," his best film. After the financial failure of "Grindhouse," Tarantino finished the long in-development "Inglourious Basterds," his second-best film. With audiences indifferent to Tarantino's occasionally beautiful, jarringly nasty "The Hateful Eight," one has high hopes for "Once Upon a Time in Hollywood," in which Brad Pitt and Leonardo DiCaprio navigate a city that's about to be hit hard by the murder of Sharon Tate, who's played by Margot Robbie in what sounds like eerily spot-on casting. Also features Al Pacino, who's scratching a number of A-list directors off his bucket list this year. (July)

"The Dead Don't Die" (Jim Jarmusch)
Little is known about this project, except that it's a horror comedy directed by Jim Jarmusch with the following cast: Bill Murray, Adam Driver, Tilda Swinton, Steve Buscemi, Tom Waits, Caleb Landry Jones and Selena Gomez, among others. Sold.

"Uncut Gems" (Benny and Josh Safdie)
With the astonishing "Heaven Knows What" and "Good Time" under their belts, siblings Benny and Josh Safdie are two of the best contemporary filmmakers whom you probably haven't heard of. The Safdies are fashioning hallucinatory crime films with a distinct sense of empathy for the working classes, and "Uncut Gems" presumably continues this tradition, following Adam Sandler as he searches for stolen jewels. 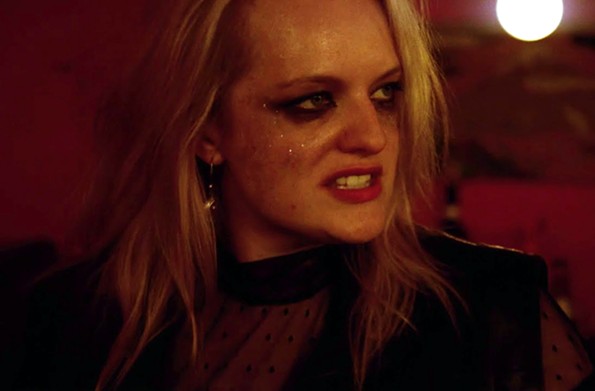 "Her Smell" (Alex Ross Perry)
I'm cheating a little with "Her Smell," as I've already seen it. The film is a breakthrough for Perry, a tender and terrifying melodrama that follows a Courtney Love-like singer (Elisabeth Moss) as she navigates the madness of narcissism and addiction. On the face of it, this narrative features a redemption arc that might not be so different from the recent "Vox Lux" except that Perry eschews narrative for much of the film's 135 minutes, diving head-first into the singer's free fall, illustrating how talent, alienation and self-loathing spring from the same troubled well. Just as we've accustomed ourselves to hell, Perry springs forward a year, dramatizing how sobriety can yield not only grace but a differing sense of loss. You won't ever think of Bryan Adams's "Heaven" the same way again. (April)

"Shirley" (Josephine Decker)
As "Butter on the Latch" and "Madeline's Madeline" attest, Decker is a poet of the subjective state who can coax actors into navigating daringly unruly emotional terrain. Pairing with Elisabeth Moss, already extraordinary in "Her Smell," Decker adapts a novel in which Shirley Jackson entertains a couple who comes to influence one of the legendary author's narratives.

"Prisoners of the Ghostland" (Sion Sono)
Nicolas Cage, a master of gonzo insanity, may have met his match in Sono, the Japanese director of "Suicide Club" and "Antiporno," among other outré hybrids of every genre imaginable. In "Prisoners of the Ghostland," which Cage reportedly called the "wildest movie" he's ever made, the actor wears a leather jumpsuit and bombs his way through a land of ghosts while carrying out a rescue mission. With the often brilliant "Mom and Dad" and "Mandy" still in recent memory, Cage has been on a roll lately.

"High Flying Bird"/ "The Laundromat" (Steven Soderbergh)
A yearly cinematic diet isn't complete without a couple of Soderbergh films. Formally audacious and willing to tackle every genre and any kind of subject matter, Soderbergh is our most vital and consistently surprising connection to the 1990s, when mainstream audiences occasionally saw independent or independent-minded films. In "High Flying Bird," a sports agent pitches a rookie basketball client on what the Internet Movie Database calls a "controversial business opportunity." In "The Laundromat," Soderbergh re-teams with his "Informant" writer Scott Z. Burns, following journalists as they uncover the hidden global money of rich politicians. "High Flying Bird" debuts in February on Netflix and the release date of "The Laundromat has yet to be announced.