This torturous thriller is an extraordinary rendition of history. 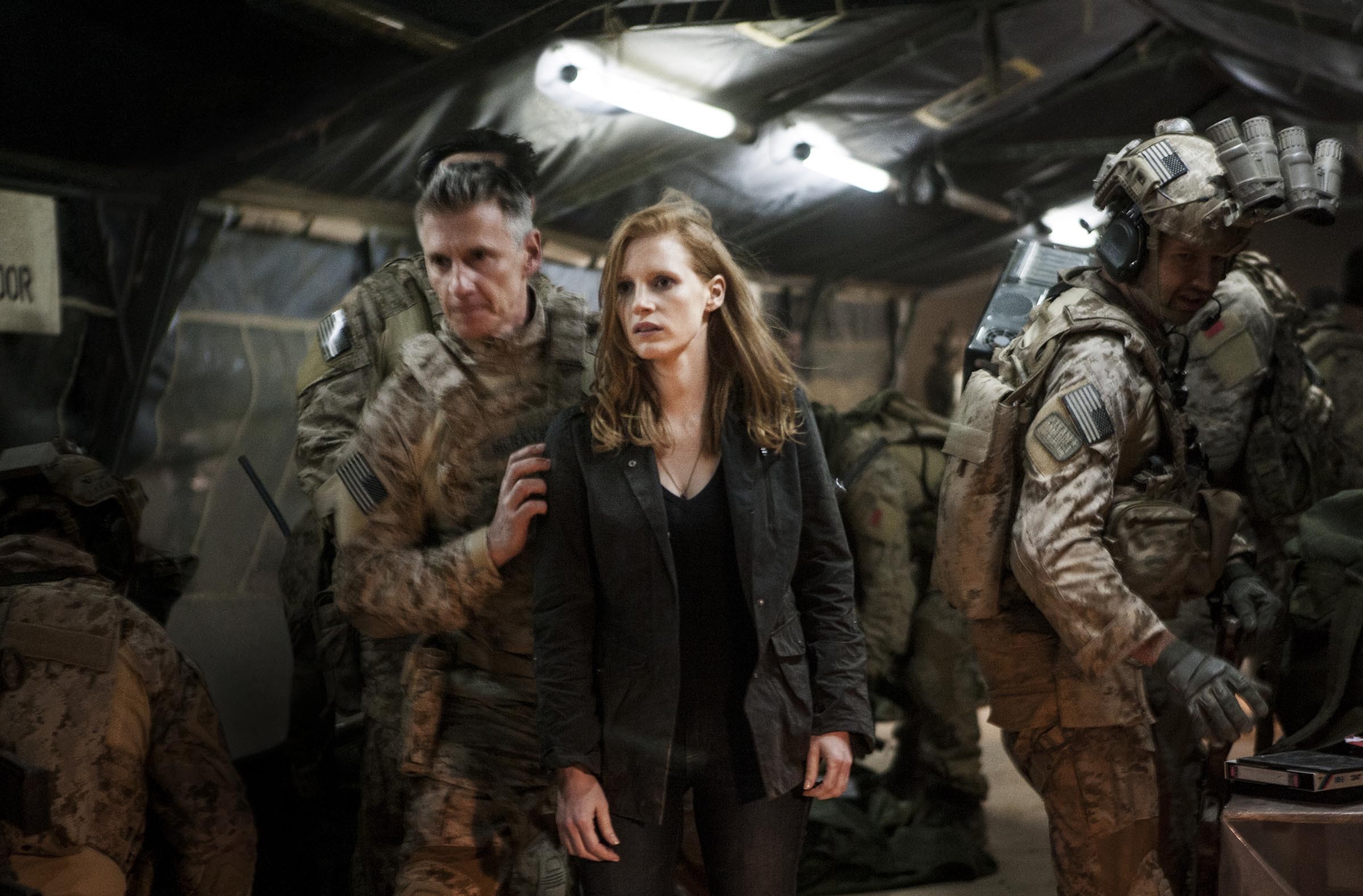 Director Kathryn Bigelow's "Zero Dark Thirty" is an account of the hunt for and capture of Osama bin Laden. Some have hailed it as an exercise in thrilling realism, while others have called it a misrepresentation of reality. Though both could be simultaneously true, only one of those arguments is really debatable.

The movie follows Maya (Jessica Chastain), a composite CIA agent who zealously refuses to give up the hunt for bin Laden despite years of futility. She serves as not only a fairly standard movie protagonist but also a mirror of the film's curious point of view, its steadfast presentation of an alternate history in which torture worked out well and the CIA was solely responsible for finding bin Laden. Of those two historical liberties, the former is by far the most troubling.

The movie opens with a barrage of 911 calls and other upsetting audio from Sept. 11, 2001, set against a black screen. The first images are of Americans, many wearing black hoods, torturing a Muslim detainee. "Zero Dark Thirty" doesn't present this and similar scenes dispassionately, merely as something that happened, but in a favorable light. The American torturers are meant to be seen as doing good work.

Maya enters this world initially as a wary, circumspect observer, at first visibly uncomfortable by the water boarding and other routine torture practiced on the prisoner. Not long after, however, while he begs for compassion, she barks back at him that he's in charge of his own destiny. Maya becomes the film's spokeswoman: When it comes to the War on Terror, torture and any other questionable human rights violations are necessary.

But the past dims and the political winds shift. As post-9/11 programs such as "extraordinary rendition" and "enhanced interrogation" end, Maya eventually takes on the role of a slightly marginalized but extremely vocal force of one. She stays on the case, even as bin Laden's trail grows cold. The film's point of view, however, becomes even clearer. Maya and her compatriots look on in frustration in one scene, for example, while the president-elect disavows torture. Leads begin to dry up. The search itself comes into question.

While partly a realistic representation of the usual infighting and behind-the-scenes disagreements within government agencies on strategy and policy, the movie clearly has something else on its mind. Similar to the post-9/11 version of American exceptionalism, the film's position is that the ends somehow nullify not only the means, but also reality itself, regardless of the disconnections created by such logic. The controversy surrounding the American prison at Abu Ghraib, Iraq, for example, is portrayed not as a revelation of thoroughly misguided policy but as a disaster of amateurs, one that wrecked important, professional torture work going on.

Even if you don't care what the movie's politics are, note that its reputation as a nail-biting thriller is wildly exaggerated. Aside from the Abbottabad, Pakistan, raid, the film is stylistically generic and narratively sluggish. Bigelow and Boal try to cram as much of the Global War on Terror as possible into their protagonist's fictional triumph, sending her to one location after another in pursuit, while occasionally cutting away to one scary terrorist episode or another to remind us what's at stake. Dry intelligence procedure is what passes for high-stakes suspense nowadays? Most of "Zero Dark Thirty" plays like a rerun of War on Terror cinema that we've seen in the last 10 years, and it isn't even true.

Of course a fictional film has no responsibility to reality, but "Zero Dark Thirty" contends explicitly that it's presenting reality. The real CIA, however, contends that bin Laden's capture resulted from the cooperation of multiple agencies. It doesn't deny using enhanced interrogation techniques, but admits that torture was of little to no value in gaining intelligence. "Zero Dark Thirty" distinctly contends the opposite — that if it weren't for agents like Maya, people willing to act harshly, or even go rogue, bin Laden might still be free.

Whether the result is good cinema is up to the viewer, but the film is an interesting look into the convoluted reasoning of torture apologists — fictional, unintentional and otherwise. "You don't want to be the last one holding the dog collar," one of Maya's CIA mentors (Jason Clarke) warns her before abandoning his Middle East post for Washington. Bigelow and Boal intend that very telling line as wistful patriotism, and yet are too wrapped up in their revisionist fantasy to heed its advice. (R) 157 min. S