Movie Review: With Stunning cinematography, "Blade Runner 2049" Only Gets It Half-Right 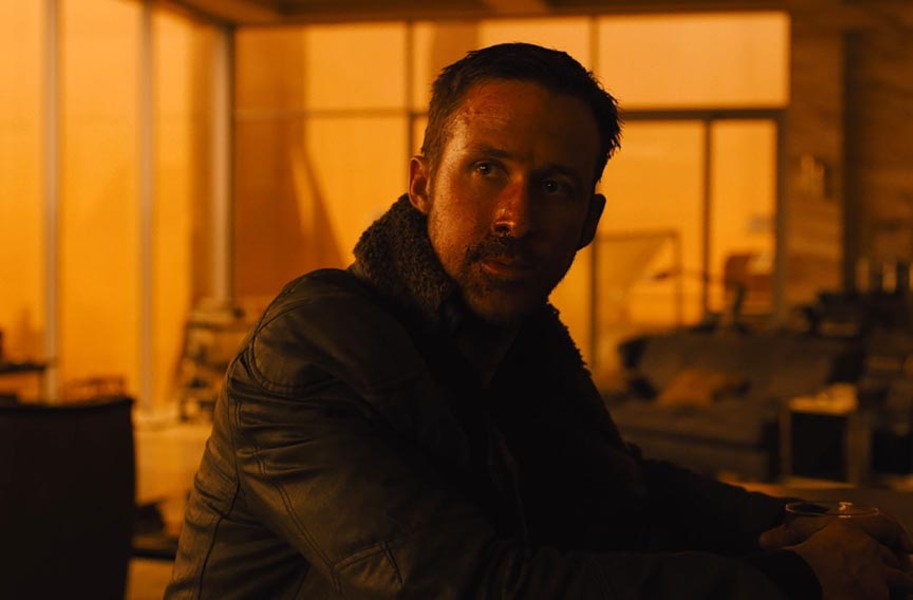 Ryan Gosling plays Los Angeles Police Department Officer K, a new more obedient replicant whose job is to track down and retire old replicants, not unlike his predecessor in the original film, played by Harrison Ford.

What do we do with a movie about replicants trying to replicate itself? Do we hunt it down and retire it, or run off with it and fall in love?

“Blade Runner 2049,” which picks up three decades after the original, inspires both feelings. Well-made and momentously presented, it’s riveting for at least half its imposing running time.

The sequel, like its Vangelis-inspired score, riffs on an earlier work’s themes — which delved all the way into the nature of reality, inevitably recalling films like “A.I.,” “Her” and other films about artificial intelligence “Blade Runner” inspired in the intervening years.

As we follow a new blade runner, K (Ryan Gosling), the flying cars and neon, virtual-reality billboards again are presented with a film noir sheen that feels seamlessly futuristic and retro. Director Denis Villeneuve and his various department heads took care to replicate the look and feel of the original, and it pays off with stunning cinematography from Roger Deakins of “No Country for Old Men” and “Skyfall”.

As K makes his way around Los Angeles, we catch glimpses of the pyramid that was the headquarters of the Tyrell Corp., and explore a Los Angeles landscape that has only become 30 years more grimy, 30 years more sopping wet with polluted downpours. Evidently, one factor of our dystopian future is no more sunny days in Malibu.

K is, however, different than the original blade runner, Officer Deckert (Harrison Ford). He’s a replicant. In “2049,” the attempt to create artificial life has been rebooted under the auspices of Niander Wallace (Jared Leto), a supergenius who has managed to make replicants live forever while remaining compliant — although how and how effective is left murky. Replicants like K, we gather, are needed to hunt down any of the remaining older models that might pose a threat.

The plot hinges on a mysterious box K finds while retiring one of these older replicants. It gets Wallace and K’s superior at the Los Angeles Police Department (Robin Wright) in a tizzy, and sends K on a fateful quest. Where that quest leads, I would have rather not gone. I enjoyed the movie’s earlier quieter moments best, the many reflections on loneliness and isolation afflicting a being not allowed to truly be, not equally at least.

The best twist, and the one that gets closest to moving beyond a moody action film, is K’s girlfriend (Ana de Armas), who creates an odd relationship that could fill out an entire movie. But not in this one. “2049” wants to be bigger than that. The future of the relationship between humans and replicants is at stake, and the further in we go, the more we get the sense the future of a potential franchise is, too.

That attempt to elevate “2049” into something more than a one-off sequel only harms it, however, filling it with 2017 franchise movie tropes. The second half feels like number two in a trilogy, all set up and no payoff, although a third installment might be dicey considering disappointing box office numbers.

Ford returns, and, honestly, hurts more than he helps. He just doesn’t seem to have the energy anymore, with delivery that makes him sound like old Harrison Ford rather than a character. The script compounds the issue by inserting clichés like a long but meaningless fight scene between Deckert and K when they meet.

“Blade Runner 2049” is pretty great, for fans of the original at least, before Ford shows up, and just pretty good after when it begins to lose direction and nuance. Leto’s villain becomes over-the-top diabolical, his henchwoman (Sylvia Hoeks) whipping around with too many kung-fu kicks. Both seem like escapees from a Marvel movie.

There’s also a bunch of silly business with a dog, which wouldn’t be worth mentioning except that the film inexplicably keeps cutting back to it, even during action scenes. Logical inconsistencies that don’t work also crop up: K bleeds when punched, but is able to run through a marble wall unscathed.

These moments are indicative of a movie landscape that was in its infancy when the original hit theaters. The first half of this film is wonderful to look at and listen to. It hints at a follow-up, however, more like “Battle for the Planet of the Replicants.” If that’s the case, I may have to retire from the series. (R) 163 min. S