Movie Review: With "Patterson," a Legendary Indie Filmmaker Gives Way to Living in the Moment 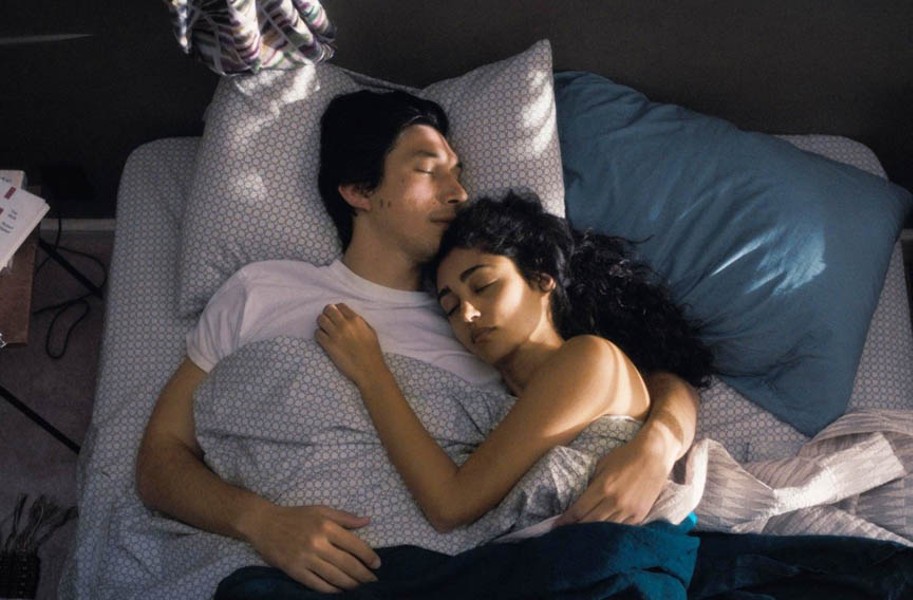 Like many of director Jim Jarmusch’s films, “Paterson” is kind of a goofy but sweet and loveable American indie, where you enjoy the characters and the settings even though not all that much really happens.

Set in rustic Paterson, New Jersey, amid old brick warehouses and unused factories, the film follows bus driver and aspiring poet Paterson (Adam Driver) for a week while we get to know his life, which includes live-in girlfriend Laura (Golshifteh Farahani) and a mischievous mutt named Marvin (played by Nellie, a scene-chewing English bulldog who frequently steals the show).

Paterson wakes up every morning around 6:30, eats some cereal, and walks to the depot to drive his city bus until around 3 p.m. or so, when he ambles back, metal lunch box in hand. His gorgeous, loving girlfriend waits with dinner at his charming craftsman home. What a life!

While so many films would portray such a routine as dull and unfulfilling, Jarmusch, who wrote and directed, either admires or at least wants us to admire the sequestered, peaceful simplicity of Paterson’s regimen.

The pattern feels sanctified, enviable, a bygone way — similar to the life Forest Whitaker inhabited as the titular character in Jarmusch’s “Ghost Dog: the Way of the Samurai.” Nestled away from the madding crowd of striving and consuming, Paterson doesn’t even own a smartphone, which becomes a significant plot point later.

Similar to Paterson forging his own path in life, “Paterson” doesn’t behave like most movies. Screenwriterly obstacles are nowhere to be found, both a relief and a little unnerving. The film mainly explores the desire to be in the moment, signified best by the midfilm reading of “This Is Just to Say,” by Paterson’s hero and fellow New Jersey native, poet William Carlos Williams.

Like Williams, Paterson writes, carefully wording poems in a worn notebook with a pen over cereal in the mornings, and on the bus behind the big steering wheel, before he begins his shift. Laura is a stay-at-home girlfriend. She says she wants to be a famous cupcake maker, or a Nashville country star, but both ideas feel more like daydreams than real pursuits. Doc (Barry Shabaka Henley), the owner of the bar Paterson frequents, dreams of becoming a champion chess player.

Even local aspiring actor Everett (William Jackson Harper) has a dream, if small, which is to date the pretty Marie (Chasten Harmon). She rebuffs his advances, and Everett takes a desperate measure, but at this point we’ve realized that “Paterson,” with all its charming characters and bucolic environs, isn’t a high-stakes film. No characters were harmed during its making.

But there are odd encounters sprinkled throughout, the most incongruous is the arrival of Doc’s wife (or girlfriend, we’re not sure), who barges into the bar one night demanding that Doc put back the money he took from the cookie jar, or else. Nothing is made of this development again, and it’s hard to say why we learn about it.

Jarmusch has made episodic films before, movies that are more collections of vignettes than unified narratives, and “Paterson,” though not structured quite that way, definitely has that feel. As in “Coffee and Cigarettes” and “Night on Earth,” we eavesdrop on interesting conversation and witness curious events, but receive no typical movie resolutions. That’s not a bad thing, just somewhat special to “Paterson.”

In another encounter, Paterson stops on his way home to speak to a little girl (Sterling Jerins) waiting for her mother to finish shopping. He notices her notebook, discovers she’s a fellow poet, and allows her to read her work. Incredibly, it’s much more mature and distinctive than Paterson’s creations, which sound like awkward William Carlos Williams rip-offs. A 10-year-old girl who can write world-class verse? What’s her story? We don’t find out anything else.

Eventually we realize that Paterson is the most uninteresting thing in Paterson, and in “Paterson.” It’s as if Jarmusch has inverted that episodic formula he’s so fond of, and Driver’s character isn’t a character at all, but more like a human version of the taxi cab in “Night on Earth,” or the diner table in “Coffee and Cigarettes.” He’s a vehicle through which we explore and meet other, more interesting people and places.

As he sits for a lengthy spell on a bench watching a waterfall near the end, taking internal stock of his world, we realize, sitting behind him, that he’s us, and we are he. (R) 118 min. S