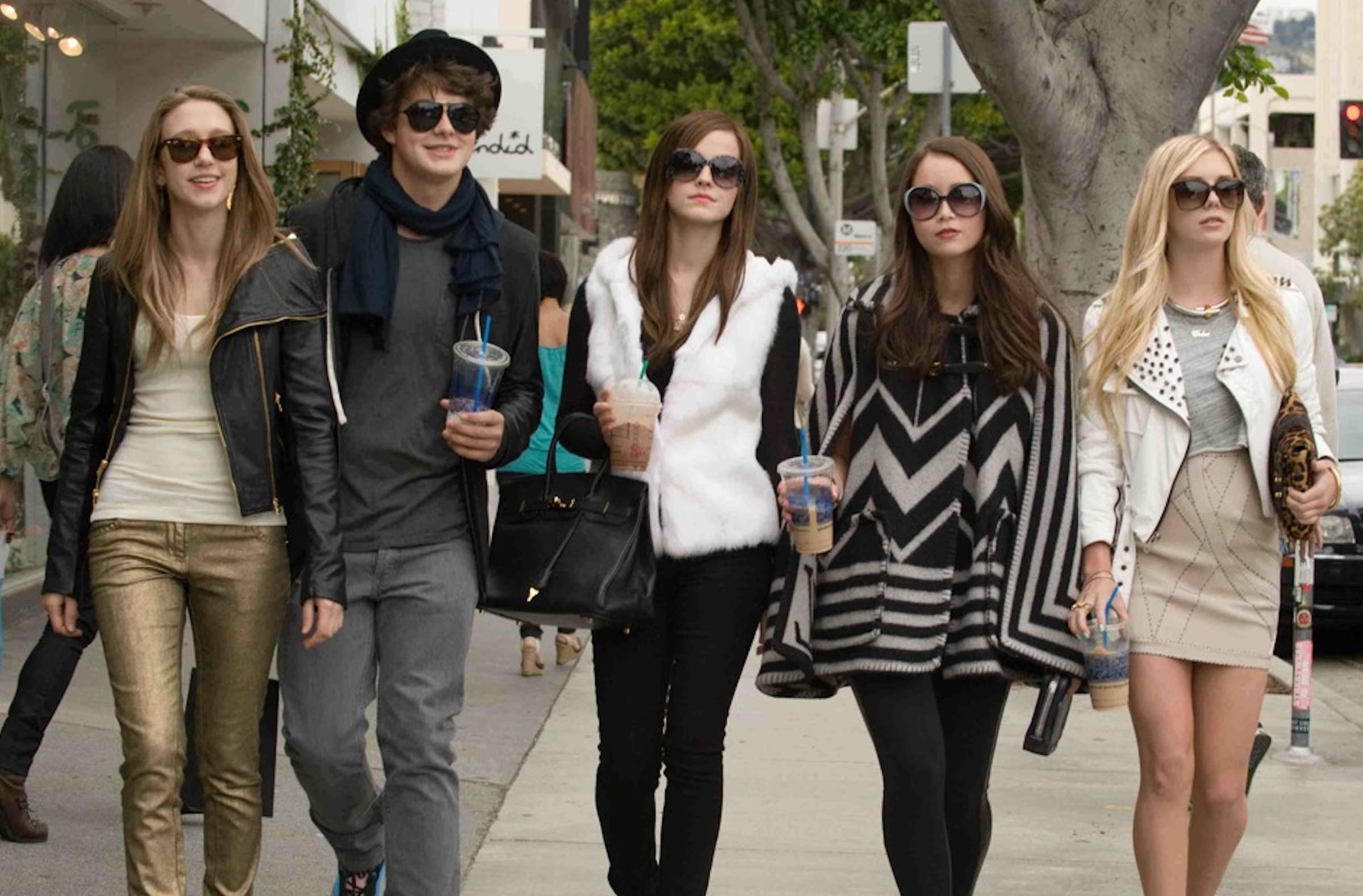 The heart of Sofia Coppola's "The Bling Ring" concerns the invasion and exploration of private, privileged spaces, the kind of realms occupied by the filmmaker herself and frequently the focus of her films.

Based on a string of real-life burglaries of celebrity homes in the late 2000s committed by a group of teenagers, much of the movie explores the bedrooms, closets, drawers and safes of the rich and famous. The camera devours their belongings, with seemingly endless shots of jewelry, furs, designer handbags and the like, some of it culled from real life. Paris Hilton, one of the victims, reportedly lent her Hollywood mansion and its endless closets to the production.

The result often feels like a dimly lighted, furtive episode of MTV's "Cribs," as we witness what must have been, for the kids committing them, thrilling and empowering transgressions. "We had so many beautiful, gorgeous things," one of the ringleaders reveals to a reporter (the script, by Coppola, is based on a Vanity Fair article by Nancy Jo Sales). The question that dogs the film's fitful fun is whether it reveals anything beneath those gleaming, secret surfaces and the pleasure of looting them.

In Coppola's telling, the crimes start with Rebecca (Katie Chang) and Marc (Israel Broussard), new high-school buddies casually rummaging through cars left unlocked in posh neighborhoods. Soon they graduate to home invasion, a test case turning their attention to Hilton's palatial pad. Learning via Internet that the heiress is out of town, Rebecca and Marc take the opportunity to waltz in, snoop around and leave with some pricey souvenirs.

Hilton has so much stuff, and the two are able to carry so little of it, that no one seems to notice their initial foray. So they return, numerous times, inviting other friends, including bubble-headed sisters Nicki (Emma Watson) and Sam (Taissa Farmiga). In between these "trips to Paris," Rebecca, Marc and their group knock off a few other celebrity homes and party on the spoils.

There's a fair amount of pleasure, both voyeuristic and vicarious, to be had from these sprees. Watching heedless teen opportunists sneak into the unguarded estates of famous people we've seen on TV and rummage through their belongings, then blow the proceeds on endless booze- and drug-fueled clubbing, has a darkly comic appeal, amplified by the foreknowledge that these events really happened, and the humorous ease with which they transpire. These aren't master criminals.

Coppola's version might send you running to TMZ reruns to find out whether Nicki and Sam were really that bird-brained, and why Marc had a penchant for putting on stolen heels and lipstick. Or you might wonder why the film doesn't comment.

At any rate, the escapades eventually lose their thrill as "The Bling Ring" begins to repeat itself. Rebecca and her entourage steal, they party, they try on clothes, and they do it again and again until they're caught, the camera tracking the treasure troves, cocaine trays, slim young bodies and dim wits with equal interest — which is to say without discrimination. There isn't much insight here, just straight re-enactment, like a made-for-TV movie with high production values.

The result is a lack of character development as conspicuous as the mindless hedonism exhibited by the protagonists, who end up about as interesting as characters in an above-average teen comedy.

Coppola might be the perfect director to capture this subject, but she ends up missing the forest for the trees while her characters move through the shadow of celebrity, realms the director explores so often. Rebecca and Marc's proximity to the Hiltons and Dunsts of the world sometimes is closer than even belongings allow. But Coppola seems far away from the truths and meta-commentaries that appear to be inherent therein. What separates Rebecca and Marc from Paris and Kirsten? It isn't a bodyguard or a patio door. It's simply chance, fantasy and a collective delusion — not much at all, really.

Instead of exploring this irony, Coppola turns the limited satire in her arsenal against her nobody teens, mere flibbertigibbets and laughingstocks, easy targets whose crimes owe all their success to the unconscious bravado of the simpleton. The film glosses over the fact that, had they not robbed the filmmaker's own kind, nobody would have cared, much less made a movie about it. Unintentionally, "The Bling Ring" develops an oblivious self-importance more troubling than anything perpetrated by the bling ring. (R) 90 min. S