Movie Review: Scorsese’s Long-Simmering "Silence" Lives Up to Its Title 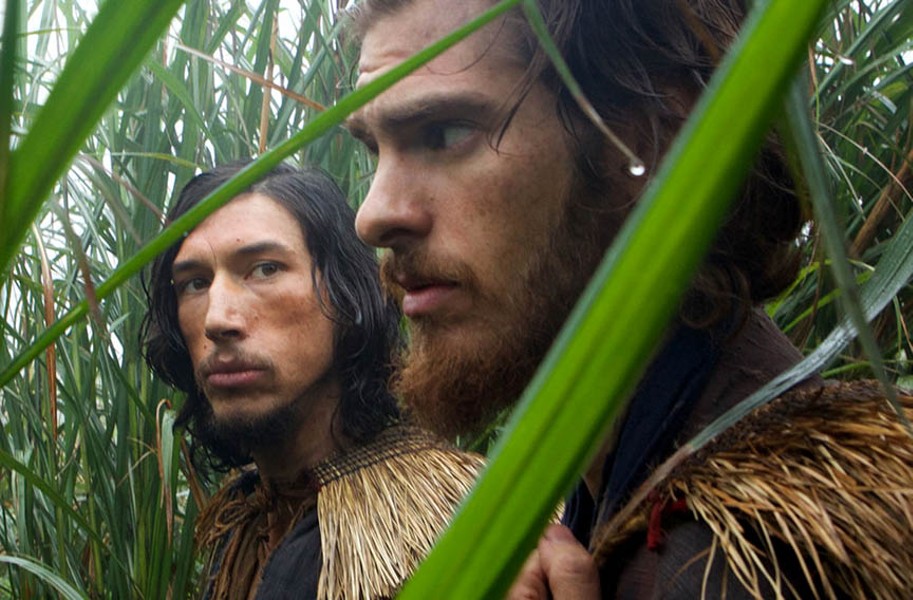 Actors Adam Driver and Andrew Garfield portray Portuguese priests who travel to feudal Japan to find their teacher in Martin Scorsese’s “Silence.” The director recently lamented that the “proliferation of images” in today’s society has ruined cinema for younger generations.

You talking to me, God?

No, and that silence, despite human suffering, is the core question of director Martin Scorsese’s long but engrossing tale of Portuguese priests who brave Japan as missionaries despite harsh repression.

A passion project long in development, “Silence” brings the Catholic subtext found throughout Scorsese’s work to the forefront, crafting a beautiful film but posing difficult investigation for believers and nonbelievers alike.

The movie follows priests Rodrigues (Andrew Garfield) and Garrpe (Adam Driver), and their fervent desire to travel to feudal Japan to find their teacher, Father Ferreira (Liam Neeson), not heard from for years. The Dutch trader who deposited his last letter claims that Ferreira committed apostasy and now lives as a Japanese. Believing this a slander, Rodrigues and Garrpe convince their superiors to allow them to seek out the truth, even if it means putting their lives in great danger.

About half of the film hinges on this mission and operates as a classic period drama and thriller. Rodrigues and Garrpe arrive on the coast of Japan under darkness. They live in secrecy among a few remaining believers in a small village, knowing they all could be captured and killed at any moment. Despite that, the two priests cannot figure out a way to venture out and look for Ferreira, they find personal reward ministering to their small flock, if only in the middle of the night, as, Rodrigues notes, early Christians did under Roman repression.

But it’s hard to say if the Romans and their crucifixions were as severe as the Japanese. A great portion of “Silence” is dedicated to showing, in excruciating detail, how the Japanese ruling class went about stamping out a religion it found detestable. We see the Japanese pour boiling water on priests, light a family on fire, drop one group straight down into the sea and, in a particularly grim jab at the religion of Christ, strap a trio of Kirishtans to crosses mounted in the ocean, waiting days for them to succumb to the elements.

At the same time, Scorsese defies the clichés often used to depict the others in films where Westerners must brave the Orient. “Silence” brings to mind one of Scorsese’s favorite directors, David Lean, especially “The Bridge on the River Kwai.” Except here, the Japanese military gentry members aren’t depicted as sometimes psychopathic automatons, but quite individual, familiar and even civilized — despite their treatment of prisoners. Though feared for very good reason, they calmly try to persuade with words first, and provide amnesty to all who give up their faith. They even have a sense of humor about the situation — to a point at least.

Their argument is that Japan isn’t a land for Christianity, countered by Rodrigues’ belief that the truth is universal. “Silence” fascinatingly explores the contrast and conflict here. Even today, many are given to note similarities between Christianity and Buddhism, but the Japanese in “Silence” — one might argue rightly — say that the differences are far more important. Regardless, they don’t want Christianity in their country, a warrior culture in which turning the other cheek isn’t an option.

The question is what side the film takes, and it’s not an easy one to answer. Scorsese’s Catholic roots have infused his work from the beginning of his career, and it’s no wonder he was drawn to the material. He read the source novel by Shusaku Endo in the late 1980s and has been trying to adapt it ever since. He co-wrote the screenplay with Jay Cocks, who also worked on Scorsese’s “Gangs of New York.”

Despite the direct religious subject matter, however, the film keeps its point of view tightly guarded. The missionaries are our protagonists, but they eventually bow to powerful performances by Issey Ogata and Tadanobu Asano as Japanese authorities. The film’s last image may lead some to believe that the final message is plain, but that’s debatable. In the end the movie lives up to its title. Its lips are sealed, its meaning as ambiguous as faith. (R) 161 min S