Spielberg’s biopic looks behind the monument for the extraordinary person. 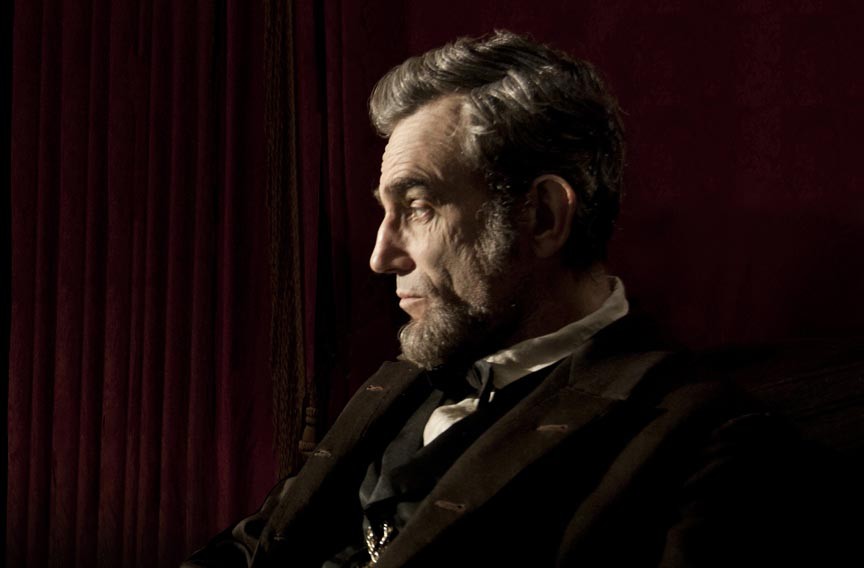 The beginning of Steven Spielberg's "Lincoln" is inspired, with Lincoln (Daniel Day-Lewis), after a brief battlefield prelude, in the presidential bedroom with his wife, Mary Todd (Sally Field), quoting "Hamlet." We get the impression throughout the film that the 16th president doesn't sleep much, or stop talking much, although in this relatively quiet midnight hour he climbs from bed, ambles through his messy, very lived-in looking home, to find his youngest son, Tad (Gulliver McGrath), asleep by a fireplace. The sequence's economy is impressive, displaying in one sweep Lincoln the husband, father, philosopher and wartime president, with the weight of the nation on his shoulders. He's had a strange dream, interpreted as his intention to support the 13th Amendment to the Constitution, abolishing slavery. That intention consumes nearly the rest of the film's 150-minute running time.

Spielberg says he chose this episode of Lincoln's story partly because it was the section of Doris Kearns Goodwin's book, "Team of Rivals: the Political Genius of Abraham Lincoln," that he most identified with, a statement backed by films such as "Amistad" and, in a way, "Schindler's List." And partly he chose it because he had to pick something manageable: Goodwin's tome, he says, was too big to cover in one film, and "Lincoln" is an attempt to find the man and president within one congressional battle. The era's Democrats oppose the 13th Amendment while Lincoln's Republican Party supports it, partly on moral grounds, partly as another stratagem, like the Emancipation Proclamation of 1863, to weaken the Confederacy, and partly because Lincoln says so.

The fight is a slippery one to navigate for both Lincoln and Spielberg, who works diligently to consolidate and enliven a complicated history lesson. Passage isn't an easy task, and viewers who know Lincoln as Honest Abe might be interested to see his effectiveness at political coercion, or his approval of outright bribery to secure votes. Secretary of State William Seward (David Strathairn) procures them through backroom deals handled by a trio of hired operatives (including a smartly cast James Spader, whose appearance elicits applause). Even supporters spell trouble. Tommy Lee Jones plays U.S. Rep. Thaddeus Stevens, whose pugnacious, uncompromising advocacy actually threatens Lincoln's effort.

The decision to boil the man down to this moment of history feels at times perfect and at times conventional. For lengthy passages "Lincoln" is the House of Representatives version of a courtroom drama, but Spielberg always manages to pull it back to the man, with Day-Lewis providing a solid if actorly performance. The film's better nature is this portrayal. Spielberg's intent seems to be to soften the marble image of the icon while preserving his reputation for leadership. It's commendable he does so not only through sonorous speeches but also with everyday moments, like the numerous scenes in which Lincoln leaves supporters and antagonists alike speechless with some parable, story or simple plea to decency.

Even that approach could become heavy-handed, but Spielberg undercuts his hero's solemnities and gravitas with a sense of a humor -- exhibited by both Lincoln and his listeners, who make the kinds of comments we might be thinking. "You're going to tell another story, aren't you?" accuses a busy secretary of war in one scene, before sprinting out of earshot. The director also places Lincoln in a context realistic enough to cause disbelief among those who know only the statues and quotes. Spielberg's Lincoln is a sitting president facing more than civil war, a recalcitrant opposition and cabinet members ranging from skeptical to mutinous. He also must face his family, often as rebellious as the Confederates. If you think Thaddeus Stevens a tough customer, try Robert (Joseph Gordon-Levitt), Lincoln's eldest, who manages to join the army against the wishes of his father and the commander-in-chief.

And yet all meet their match in one way or another. Day-Lewis' Lincoln is a nimble thinker -- funny, forceful, self-deprecating: whatever wins the day. This Lincoln isn't just a great orator but a great compromiser. It's an unusually human portrait of an unusually extraordinary person, and the film's greatest achievement is turning the marble monument we know as Lincoln back into the real man he once was. Its best moments are its smallest, such as a speech Lincoln gives that elicits laughter for its brevity. It's more revealing and impressive than most of the overblown and predictable bombast that builds while the film closes. The main flaw of Spielberg's latest film is his most persistent one. He can't help reaching for the big scene, even after he's found everything we want in the smaller ones. (PG-13) 150 min.