Movie Review: In “Room,” Abuse Victims Must Learn How to Live Again 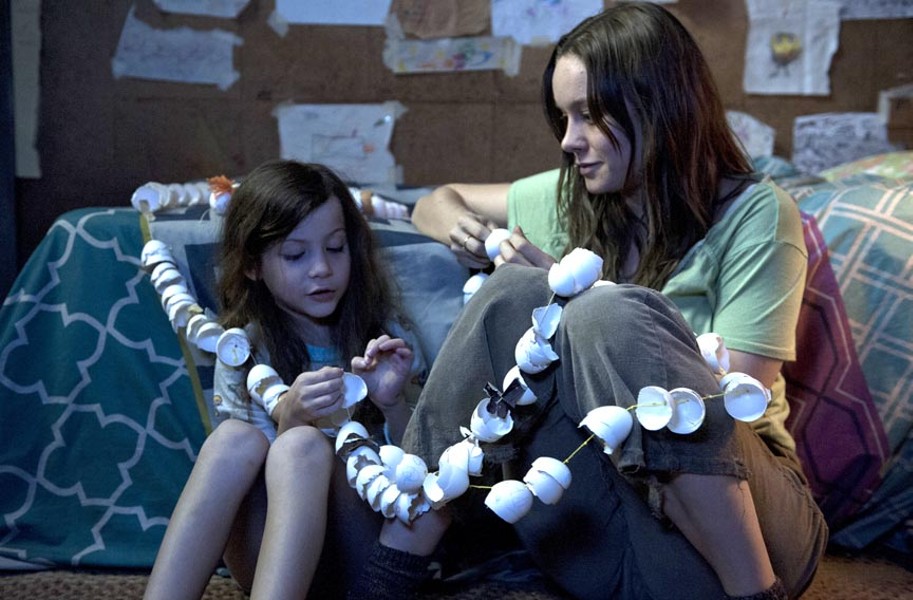 "Room” is one of the most conventional films this year, but it’s also one of the best. That it exists at all amid the plethora of special-effects extravaganzas such as “The Martian” and “The Walk” is amazing in itself, but it’s also much more of a gripping, wrenching bit of cinema — a testament to a story trumping a spectacle.

Forget spectacle: The film barely has more than a couple of characters and only one location for its entire first half. It opens in the room of the title, which contains Jack (Jacob Tremblay) and Ma (Brie Larson). We learn right away that Jack, 5, has spent his entire life in the room, the site of Ma’s imprisonment and sexual service to a predator, Old Nick (Sean Bridgers), who snatched her off the street when she was 17.

Jack refers to their room as “room,” not “the room.” His mother thought it best to raise him to believe that room is like, perhaps, earth to other children. She’s brought him up to believe it’s the entire world so he would be protected from the knowledge of their imprisonment. And because there’s only one of everything, everything has a name, like beings: spoon, chair, bowl, bed, door, Ma.

Everything outside room, Jack believes, is outer space. He’s been taught that the other people and places on their small, antiquated television are imaginary, and this was one aspect I have a difficult time understanding and completely believing. Would a child continue to accept such a fantastical and preposterous story by the age of 5, even with the evidence of a television and small skylight in the ceiling suggesting that other things exist outside? A friend argues that children believe anything you tell them, and then later I started to consider that Jack’s point of view isn’t so different from those who’ve been brought up to accept unquestionably the fundamentalist beliefs of antiquated religions.

Jack rebels only when his mother tries to tell him the truth, which she must do so he can help them escape. Her plan is one of the better parts of this story, so I won’t spoil it, but Jack must be brave to venture into outer space to help free them, especially when he doubts his mother’s sanity and motivation for pushing him outside of room. It’s one of many tough segments in a touching film that shines a light on what abduction victims go through, not only during their imprisonment.

If you’d like “Room” to remain a mystery, stop reading now, but what happens to Jack and his mother isn’t much of a secret in the trailers and other promotional material accompanying the film.

The two escape about halfway through the movie, turning the second half into a survival story of a different kind. In the case of Jack’s mother, the question is whether she can move past the abuse endured and years lost and get past the shame and anger of her ordeal. For Jack, things are difficult for different reasons. Other people exist now for the first time, including a grandmother (Joan Allen), grandfather (William H. Macy) and grandma’s new husband (Tom McCamus).

For Jack, it’s like a blind person who didn’t know sight existed until he got it back, more frightening than finding out that Mars contains life, because at least you would know the possibility first. Jack thought he knew the entire world, and then all of a sudden the entire world opened up to him, and he has a hard time understanding how it can be so big and have so many things he’s never seen before.

Again, I question whether Jack’s reaction is logical, especially given that some of the things he’s afraid of on the outside he’d have seen on television, like other people, skies, trees. And he sees sky through the skylight. But “Room” isn’t really a movie about logic. It’s not a thriller, or a suspense film, although it has suspenseful moments. It’s more a simple but powerful family drama, and a survival story, one that will expand your world. (R) 118 min.