Adolescents one-up their overbearing parents in "The Kings of Summer." 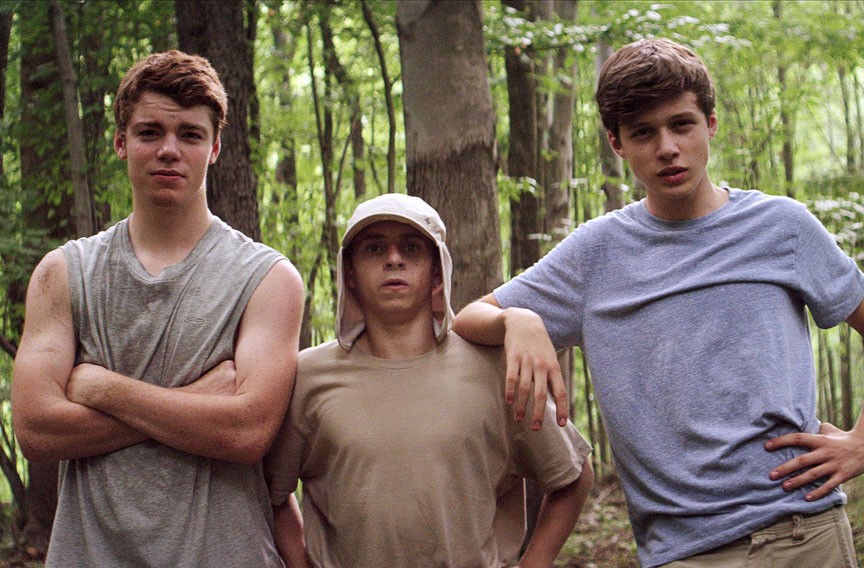 While we watch Disney's "The Lone Ranger" make its doomed last stand, it's impressive to realize that one of the most talked-about summer movies this season was made for almost nothing by comparison.

Ironically enough, it's called "The Kings of Summer," a charming little comedy about three teenagers who decide to emancipate themselves from the tyranny of their parents and build a house out in the woods. The plot is highly improbable, but the jokes are surprisingly effective and the film even manages to make the characters endearing.

The leader is Joe (Nick Robinson), whose single father (Nick Offerman of "Parks and Recreation") is far too wise to the teenage mind for Joe to have much fun. Tired of dad's rules, Joe talks his best friend, Patrick (Gabriel Basso), into scavenging enough materials to build a makeshift house in the nearby woods, where they can run away and live as they please. A very strange young man named Biaggio (Moises Arias) also shows up, although neither Joe nor Patrick knows where he came from.

Think of it as "My Side of the Mountain" meets "Superbad." Although Joe and Patrick have a few girls over one night, they build their house less for partying and more for privacy, like a semi-permanent tree house. Joe also hopes the effort proves his worth to a local crush (Erin Moriarty), and their relationship's realistic development provides a nice balance to the goofy antics that define the three boys' efforts at living off the land.

In light of the possible $100 million-plus Disney might lose on "Lone Ranger," it's shocking to examine the construction of "Kings." Its reported $8 million budget adds up to less than 5 percent of "Lone Ranger's." First-time feature director Jordan Vogt-Roberts shot most of his film in the Ohio woods, without a computer-generated effect in sight. Maybe someone enhanced a sunset or two in the editing room, but natural lighting and an endless bounty of trees and streams provided untold millions in free production values.

To be fair, $8 million still seems like a lot for what you get with "Kings," which, despite some laughs and likeable actors, has a slightly uneven feel and a silly vibe that may turn off some moviegoers. Biaggio, with his bizarre persona, seems like he escaped from "Napoleon Dynamite," while most of the rest of the film seems alternately inspired by Judd Apatow and Rob Reiner.

"The Kings of Summer" still stands out, however, partly from merit and partly because it seems like big studio Hollywood can't even imagine making a quirky low-budget family comedy like this anymore. The kings of late summer in movieland seem to be coming from the commoners. (R) S

The Kings of Summer