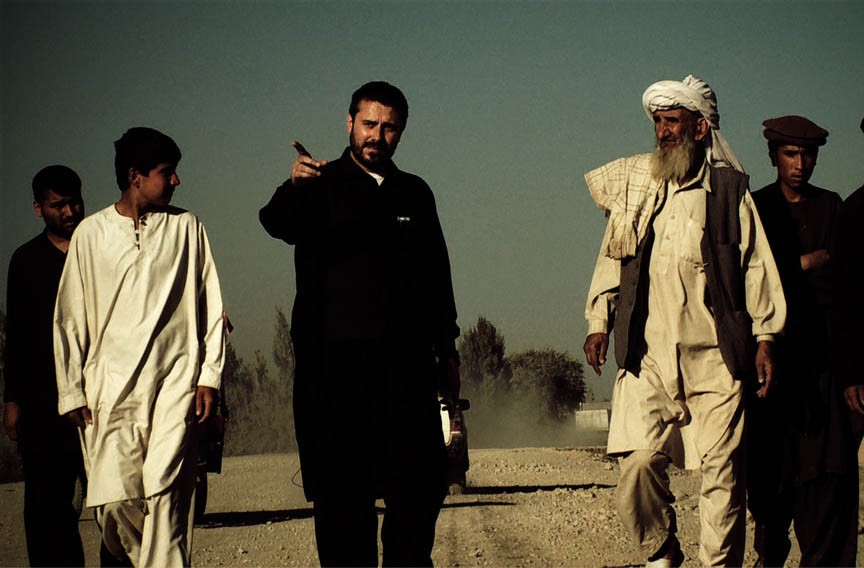 Early in his documentary "Dirty Wars," longtime investigative journalist and author Jeremy Scahill says that his work often takes place alone, and falls on deaf ears. About President Obama's kill list and other secret operations carried out against accused terrorists by the government, "Dirty Wars" feels like his way to skip the ears and head directly for the heart. It's a moving overview of a complicated subject, a story about the nature and missions of America's elite special-operations forces, and a suggestion that they're operating above the law. This may not be news, but Scahill hopes to make it urgent.

Based on Scahill's book, "Dirty Wars: the World Is a Battlefield," the film chronicles his physical and cognitive journey from an investigation into a botched 2010 U.S. raid killing Afghanistan civilians to a broader investigation of the Joint Special Operations Command. Scahill tells us that the command is the United States' most covert military unit and the only one that reports directly to the president.

Although the group is completely off the radar of the public and press when Scahill begins investigating, it comes to prominence when its commander, Adm. William H. McRaven, is congratulated for leading it in the May 2011 killing of Osama bin Laden. By that time, however, Scahill already has discovered that night raids like the one on Bin Laden's Abbottabad compound were common, counting not dozens or hundreds during his investigation into White House reports, but thousands. What began in the 1980s as an obscure response team tasked with handling terrorists threats had grown, Scahill contends, into the most active U.S. force in the Middle East, the president's own very large and very unanswerable death squad, openly confirmed by officials from places as varied as Congress to Yemen.

Scahill produced and narrated the doc, having co-written it with David Riker (Richard Rowley directs). Despite the cohesive vision, there's a disconnect in the material: It's in Scahill's presentation of his facts as revelations. The real revelation is that everybody knows the facts and nobody cares, at least not enough.

You can find the same information in Scahill's documentary on CNN.com, and on CNN for that matter. That's not to belittle his work, especially his brave journeys to speak with civilians and warlords in the middle of hot war zones. But by its conclusion, "Dirty Wars" feels more like indignation than insight.

Yes, the case of Anwar al-Awlaki, an American civilian assassinated by his own government by reasoning kept secret from his fellow citizens, is troubling. But you may find yourself less moved by Scahill's reporting on who's been killed than by how large and rapacious the killing apparatus has become. Scahill is onto something that feels far more potent when he wonders about how the kill lists keep growing larger, and how that might be spreading hatred faster than America can put out such fires.

Gifted with a conscience, and the desire and ability to express it, Scahill articulates this much more persuasive existential threat about two-thirds of the way into "Dirty Wars." "America is trying to kill its way to victory," he says. "How does a war like that ever end?" Let's hope that question doesn't fall on deaf ears. (NR) 82 min. S