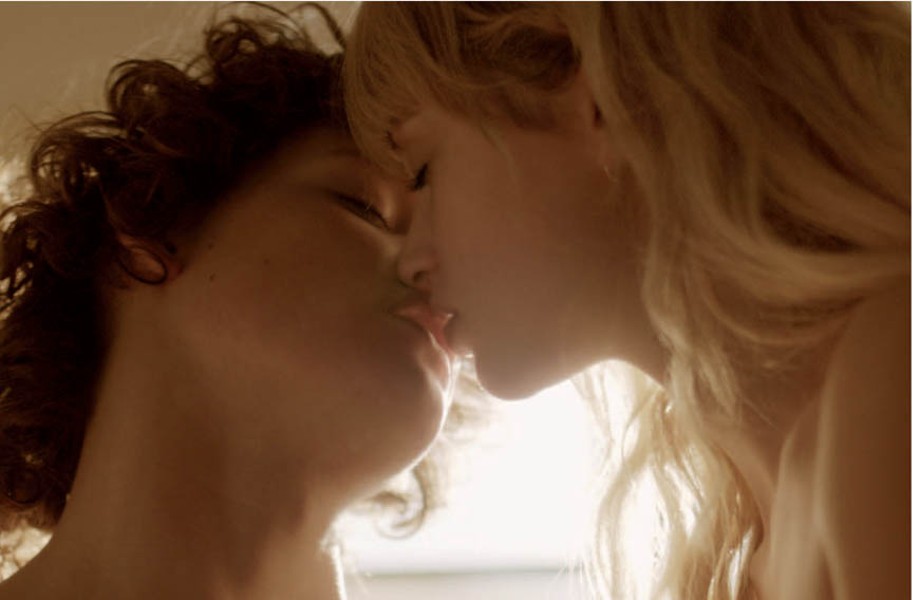 Lorenzo Lefebvre and Daisy Broom star in French director Eva Husson’s controversial “Bang Gang (A Modern Love Story),” which treads in the familiar wading pool of kids, drugs and sex without taking too strong a stance.

Eva Husson’s “Bang Gang” is less about a person or a group or an event than a state of being. That state is highly curious, full of heedless confidence and varies only by degree of audacity. In short, these are teenagers.

They reside in France, and decide on a whim that it would be fun to get together and play a game called bang gang, which essentially is the sport of nonstop group copulation accompanied by loud music and recreational drug use. Who could say no?

Lithe, blond high school student George (Marilyn Lima) invents the game in a fit of jealous ennui during an impromptu get-together at the home of Alex (Finnegan Oldfield), a boy she slept with who days later turned his attention to another. Important to note: Alex’s mom is away, indefinitely, the way a parent could be away indefinitely only in France, where grade-schoolers take smoke breaks.

In a fit of rebellion, George randomly spins a bottle and tells her assembled friends and acquaintances that her new game will be “just like truth or dare, only all dare.”

One or two teens take this announcement as their cue to leave, but the rest want to party. Clothes come off, and from there on it’s a nonstop, well, bang gang, for the rest of the movie.

Amid all the fornication, however, Husson, who also wrote the screenplay, manages to weave in essential tidbits about her licentious youngsters, exhibiting a keen ear for the youthful world of crushes, curiosities and first loves.

Instead of a main character, we get several, all of whom have their individual quirks. There’s George’s best friend, Laetitia (Daisy Broom), the sidekick tired of being labeled the ugly duckling in comparison to George, who looks like the love child of Kate Moss and Brigitte Bardot. George and Laetitia are both interested in Alex, a beady-eyed miscreant only a naive young person could fall for, and they also have an eye for Laetitia’s neighbor, Gabriel Lorenzo (Lefèbvre), a more serious and soulful looking loner who composes techno-pop in his bedroom with an array of sophisticated electronics and computer programs. (Pity the small-town American teen who gets ahold of this movie; even professional partygoers in New York and Los Angeles will be envious of the lives being led here.)

“Bang Gang” is even more inviting the way it’s shot, by Mattias Troelstrup, who fills the movie with gorgeous long takes and beautiful soft lighting, like a 1970s exploitation film given the Terrance Malick treatment.

To its credit, the film emphasizes these technologies without belaboring them. It’s natural for these kids to organize their bang gangs through their smart-phones and their secret Internet sites, but you get the sense these are more the vessels rather than the architects of their activities. At most, they simply make everything a lot more easy to accomplish.

“Bang Gang” is a wild exercise in exploring the teen mind in a frank and daring way, more of a crazy dream than an exposé. And with the prominence of smartphones and new media like Instagram and Facebook, the story easily could have devolved into a moralizing trend piece.

But that doesn’t make “Bang Gang” problem free. For one thing, it lacks a central point of view. For another, its characters’ personalities are constantly shifting. Alex, for example, mostly seems like a kid destined to graduate into torturing small animals for his own amusement. But he just kind of wanders off-screen near the end without a truly satisfying arc or resolution.

You might say factors like this create a deeper sense of realism, and that’s an arguable point of view. Whether or not you buy all of Husson’s presentation, “Bang Gang” offers a lot to debate and discuss.

One hint as to what the film intends comes from the way it ends, not with a scandal as much as a shrug. The kids grow up, they move on, there are few consequences and even less reflection. Is Husson suggesting that our youthful experimentation shouldn’t define us? Or maybe, even more pointedly, she’s taking one small segment of a generation and saying, against conventional wisdom, that its behavior is not necessarily indicative of the whole.

The subtitle about “modern love” could be ironic. The tag line would then be: A group of kids gets together and does something really crazy, and it doesn’t mean anything at all.