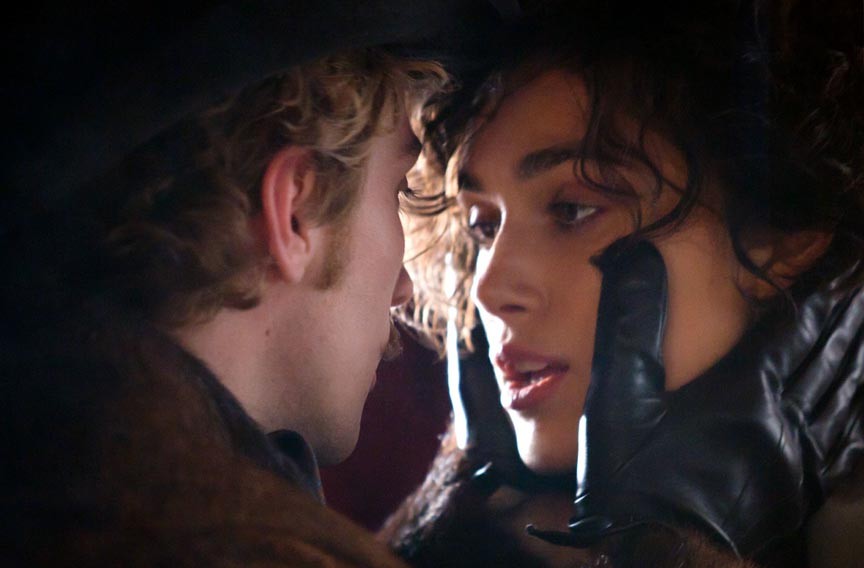 You may not see another film this year as beautiful and confounding as Joe Wright's "Anna Karenina." So beautiful you want to rush out and get it on Blu-ray just to look at it again, and confounding because that's mostly why you'd be seeing it: Beauty is sometimes the only thing on the screen.

"Anna Karenina" is czarist Russia brought to life with the lushest cinematography and an audacious style, but often with stingy character development. It represents the theatricality of life in a class-conscious society by making its scenes overtly theatrical. The unsuspecting audience member never knows if he or she is watching a film or a filmed play, or both in concert. A character might be in an argument on a stage, and then walk outdoors into the countryside, all in one shot. This adaptation strategy cooked up between Wright and his screenwriter, Tom Stoppard, is supremely ambitious, at times awe-inspiring, but also by nature a bit distracting.

The central story remains intact despite the vertiginous telling: Married Anna (Keira Knightley) visits Moscow from St. Petersburg to save her philandering brother Oblonky's (Matthew Macfadyen) marriage, in the process stealing — just by being Keira Karenina — the attention of the dashing Count Vronsky (Aaron Taylor-Johnson), crushing the hopes of Kitty (Alicia Vikander), a blushing younger Karenina in the making. Forgiveness is what Anna preaches to her brother's wife (Kelly Macdonald) and it's what she'll need later. After the count's countless maneuvers, Anna finally gives in, and her stuffy husband, Karenin (Jude Law), finds out.

It's at this point that you realize the film will never delve very far below its mesmerizing, sumptuous surface. It is kin to its leading actress and her mate, all of them like exotic birds, all scintillating angles and colors, all extravagant in their movements, but with very little behind their longing eyes to tell us what they're thinking.

Karenina's embraces with Vronsky are paralleled by the story of the rustic Levin (Domhnall Gleeson), and his earnest romantic pining for Kitty. But what are we to make of the comparison? That Levin is honorable and Anna a victim of society? Is that all Tolstoy has to say to the 21st century? The repercussions — indignation, jealousy and eventual ostracizing — aren't nearly as shocking as seeing a snowy winter scene explode into props and stagehands; they even manage to be boring whenever the officious Karenin stands around, hands behind his back, peering disapprovingly through little round spectacles.

You get it: Karenin is the upstanding one, because he controls his passion. But whenever the careening camerawork stops for moments of melodrama, which come more frequent and furious as the film wears on, you realize the film is just as controlled and emotionless. "Anna Karenina" should be seen, if only for its precocious, imaginative, passionate filmmaking. But it offers very little actual passion. (R) 130 min. S