Moshe Dayan at the National 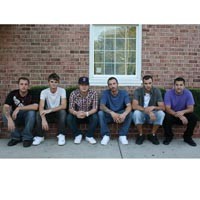 Listening to Moshe Dayan is sort of like the musical equivalent of watching that dinner scene in “Alien,” where everything seems to be all hunky-dory until some vicious monstrosity bursts through the chest of your good buddy John Hurt. Moshe Dayan, named for an Israeli military leader, is the kind of rock group with enough slick riffs to fill an extreme sports montage. But vocal frontman Taylor Bassett raises the bar — and volume — attacking the mic with a possessed ferocity. Moshe Dayan plays with Searching for Timothy, Nobel and Safety Word Orange at the National on Friday, Jan. 2, at 6:30 p.m. $10-$13. 612-1900.