More to Treegate: No One Mentions $15 Million Exhibits? 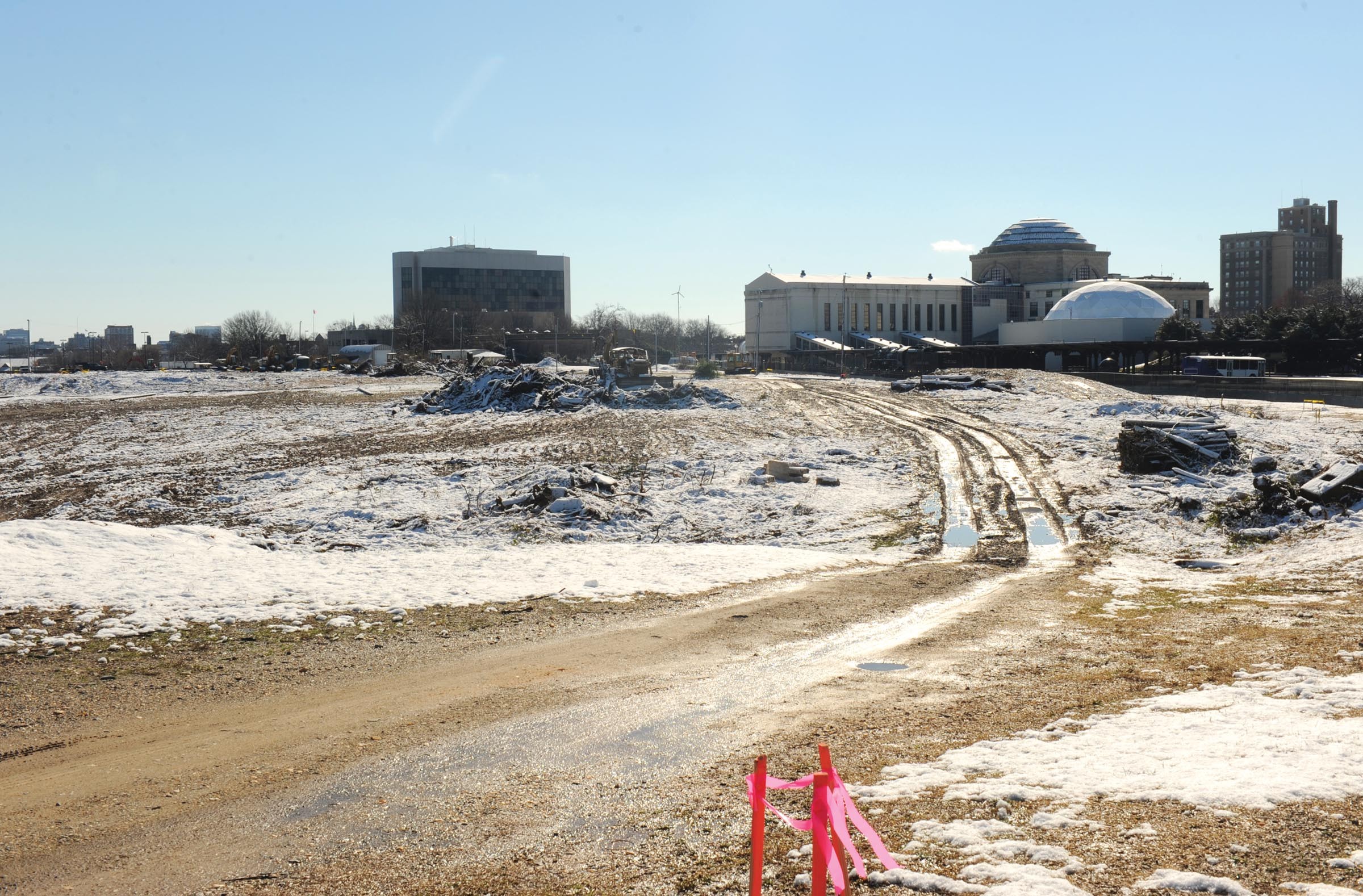 Quick: Can Robert Griffin III run faster than a cheetah?

Well, probably not by next summer, especially with the bum knee. But the star quarterback of the Washington Redskins just might have healed enough to give it a go at the Science Museum of Virginia's new "Speed" exhibit, which will be adjacent to the Redskins training camp facility by 2014.

Perhaps you haven't heard. The museum's latest project is expected to feature all sorts of really cool speed-related activities for the kids: simulated animal races, combustion demonstrations and bottle rockets. Did we mention the 107-foot, 2,200-mph, SR-71 Blackbird military jet hanging from the ceiling?

Yes, the planned $7 million to $8 million exhibit, along with an adjoining events pavilion that costs another $8 million, are the culprits behind the removal of dozens of hardwood trees behind the museum. It bumps right up to the training camp the city is building for the Redskins for a cool $10 million.

These hot new additions weren't mentioned during the city's presentation to Museum District residents Nov. 8 — the one held at the Science Museum. Nor do the museum's exhibit and pavilion appear on the city's architectural renderings shown to residents and City Council members.

The new facilities are behind the museum and aren't visible from Broad Street. If they'd remained, the trees would block views of the future special events pavilion from the only remaining corner of visibility on Leigh Street.

"The vehicular and visual connection of the [special events] center to Leigh Street is a critical aspect of the location and design," Nancy Tait, a spokeswoman for the museum, says in an email. "This was shared with the site selection committee when the site was originally considered and whenever the Museum was consulted on the project."

So why didn't the visibility of a $15 million exhibit and events center come up sooner? "Communication needs to be seamless and it has not been," Mayor Dwight Jones says in a statement released Jan. 15. "My chief of staff, Suzette Denslow, will now be tasked with attending the weekly project meetings."

The mayor's staff, including Denslow, presented the amended plan for the training camp, the one that led to the tree chopping, to the Planning Commission on Dec. 10. Reviewing the presentation, it's difficult to tell how many trees would have to come down, but it's clear the football fields are shifting well into the wooded area behind the museum.