More Lincoln on the Way 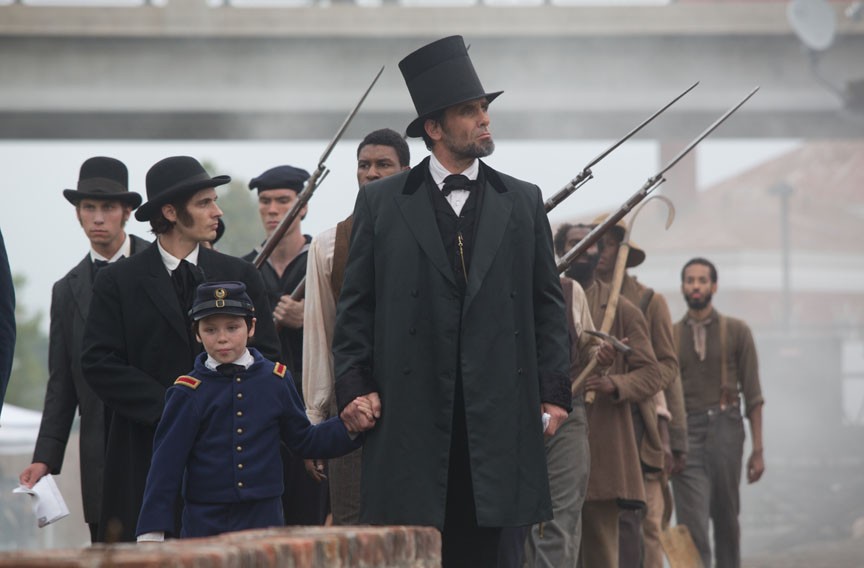 So one of the world's greatest living actors just turned in a nearly universally heralded, all-but-assured Oscar performance as President Abraham Lincoln. Yup, you're following in the footsteps of Daniel Day-Lewis, Billy Campbell. No pressure.

The Charlottesville-born actor, a lead on the AMC series "The Killing," will have his version of the 16th president on display next Tuesday in the National Geographic Channel's docu-drama, "Killing Lincoln."

Based on Bill O'Reilly's 2011 best-seller, "Killing Lincoln: the Shocking Assassination That Changed America Forever," the film was shot in Richmond last summer at many of the locations pictured in Steven Spielberg's "Lincoln." Richmonders can get a sneak peek at the story in a free premiere screening Feb. 12, at 7 p.m., at Richmond CenterStage (first come, first served; email RSVP@virginia.org to attend).

A panel discussion will follow with Jesse Johnson, who played John Wilkes Booth (and is Don Johnson's son), University of Richmond President and historian Edward Ayers and historian Mike Gorman. The moderator is Tom Silvestri, president and publisher of the Richmond Times-Dispatch.

Tom Hanks narrates the film, which is populated by Richmond-area extras and was produced by Ridley Scott's Scott Free Productions. Its television premiere is set for Sunday, Feb. 17, at 8 p.m. and 10 p.m.