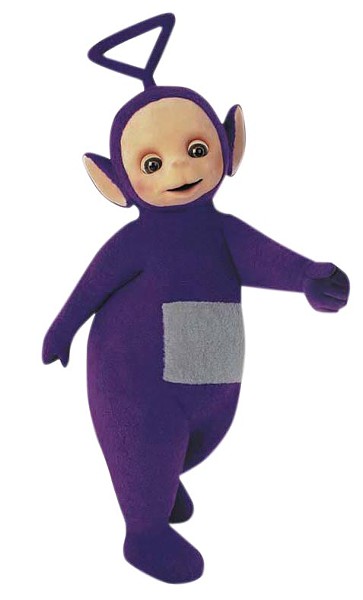 We found ourselves at Virginia Union University's audio library in 2008, which at the time consisted of a small boom box and a pair of headphones, because we were bored one day. It had absolutely no news value whatsoever.

We've been waiting for an excuse to relive that moment in talk-radio history when a certain former governor took on the late Rev. Jerry Falwell for attacking a certain purple, purse-carrying supposed icon of gay pride.

"Teletubbies" star Tinky Winky might have been light in the toes, according to Falwell, but Doug Wilder wasn't having any of it on his radio show on WRVA 1140-AM (yes, it was a slow news week).

Wilder: And then, guess who [Falwell] took on? Tinky Winky, who is a character on a kids' TV show, "Teletubbies." My little grandson's got one of those little things. ... The characters are big, brightly colored teddy bears. And they are not animals. They have TV sets in their stomachs, and they talk in some sort of baby talk. ... [Falwell] has such a thing against people's lifestyles. In other words if a person happens to be homosexual, or gay, then that person is just a demon, a devil, beyond salvation, beyond redemption. And so how dare this character, Tinky Winky, who might be gay. ...

Republican caller acknowledges his 2-and-a-half-year-old has a Tinky Winky.

Wilder: I told you my little grandson is only 15 months old. He's got one. He just grabs him by the hair, and then shakes him and throws him on the ground and loves him and then beats up on him. It has no more connection with homosexuality or gay involvement than the man in the moon, but it's that type of perception that comes through. And it's troubling.

Caller: I can tell you my 2-and-a-half-year-old wouldn't have a clue what a homosexual was.

Wilder: No, of course not. — Scott Bass