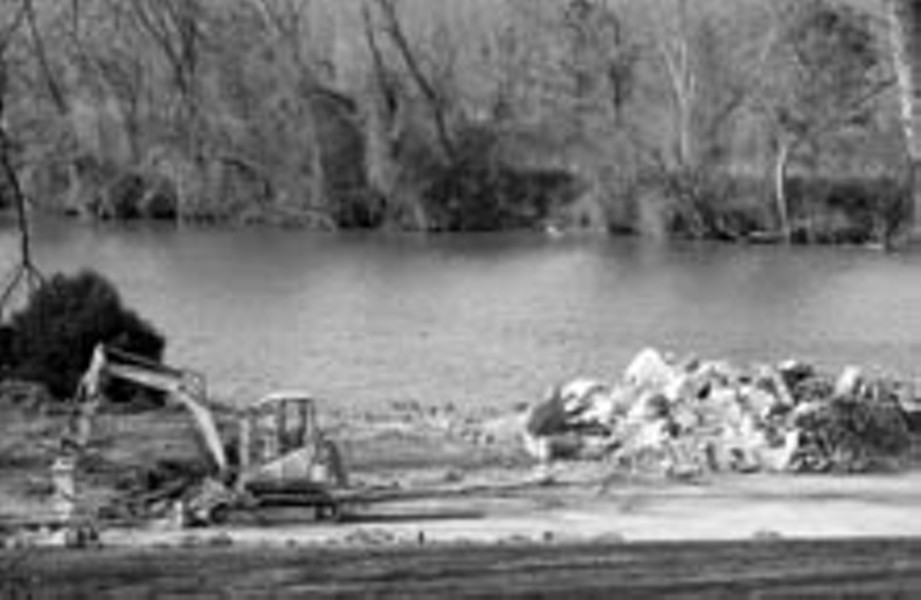 When informed of the demolition, Jamgochian was nonplussed: "It doesn't hurt my feelings one bit. I was a Marine, and you get to the point where you can't worry about these things."

A self-professed rule-breaker, Jamgochian saw another of his projects, the wrinkly aluminum-clad Markel building near Willow Lawn, gain appreciation over the years, but these were his only two completed designs. He pulled away from architecture after resistance and criticism made it hard to find suitable clients here.

Jamgochian designed the Moon House for a used-car salesman in 1965. Howard H. Hughes (not the eccentric billionaire) wanted a home that would reflect his flamboyant personality, and he specified something "out of this world," to which Jamgochian responded with a crescent-moon-shaped structure sheathed in glass and crumpled copper. Hughes, known in business as Mad Man Dapper Dan, wanted a fallout shelter near the pool, a large vault bolted to the floor of his office, and several hidden panels and secret places for storing valuables. His poker games and parties were legendary, and the house was a big draw with its spectacular terrace and views across the James River.

"Everybody would want to be invited to the house," recalls Sandy Beatley, who with her husband, Irv, bought the property from the Hughes family in the 1980s. "It was one of a kind — strange-looking from the outside but lovely inside. And oh, we had fun living there."

Beatley says the house passed the point of restoration after it changed hands several times. "I don't know how anyone could let that happen," she laments, recalling the years that she and her husband spent maintaining the property and accepting the intrusions of curiosity-seekers.

Neighbors say Katherman plans to build a larger home on the riverfront bluff; he did not return phone calls for comment by press time. — Deveron Timberlake