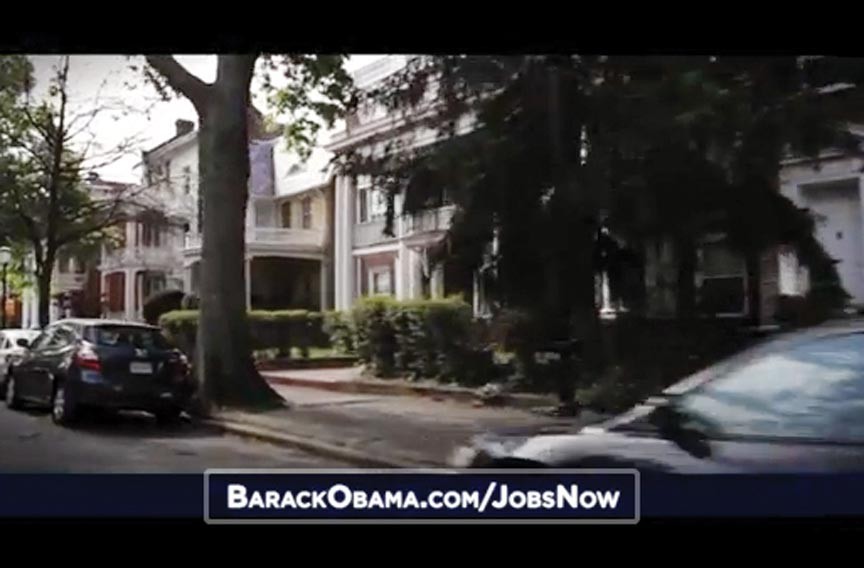 President Barack Obama can't get enough of Richmond. Since he took office, Obama has made regular treks to the capital city. He spoke to a crowd in the pouring rain in Glen Allen on a recent Saturday, and kicked off his re-election campaign in early May at the Siegel Center on West Broad Street.

He also likes Monument Avenue, which makes a brief appearance in a national television campaign advertisement, which features a four-second clip of the street's 3000 block.

Well, "likes" might not be the right way to say what Obama thinks of Monument.

In the "Jobs" spot, part of the re-election campaign's $2.75 million advertising purchase in Virginia in July, the narrator says Obama's jobs plan will put teachers, construction workers, firefighters and police officers back to work. As the camera pans Monument's historic houses and apartment buildings, the announcer says jobs initiative will be "paid for by asking the wealthiest Americans to pay a little bit more."

So what does Obama really want viewers to think about Monument Avenue?

Erika Franklin Fowler, co-director of the Wesleyan Media Project, which tracks national political ads, says the advertisement probably isn't intended to be a statement about the city, which Obama won handily in 2008 with 79 percent of the vote.

"Anytime that you have a particular place or voter in mind, you use imagery that appeals to those segments of the population," Fowler says. "If Richmond is a target population, it makes sense to do a little bit of that, but they're not doing this extensively as part of their national ad campaign."