As we embark upon the season of spooky, what is in the Rorschach inkblot test of Richmond’s trembling subconscious? 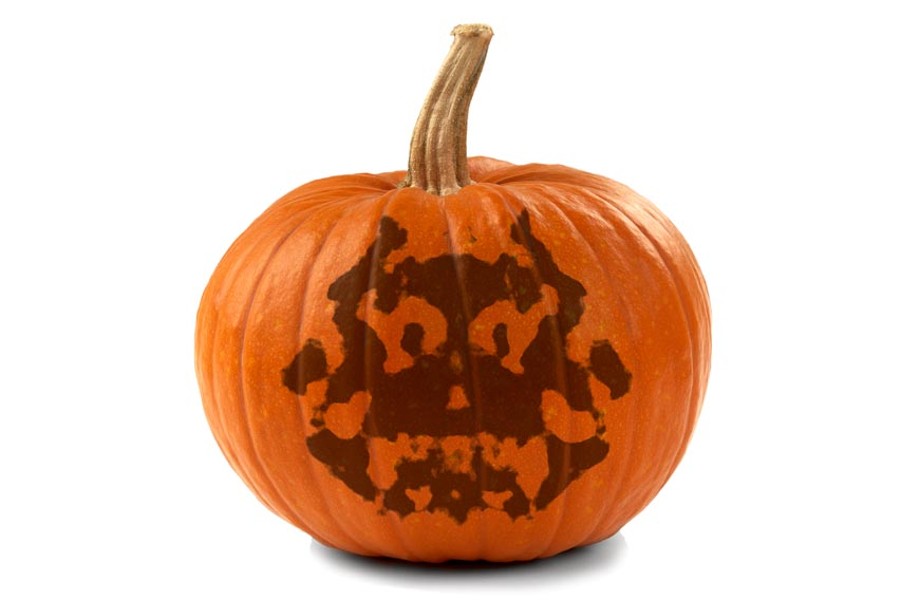 On the hour, shrill blasts across the news outlets assure us of the certain and myriad methods in which civilization will implode upon itself. Quite possibly this week. These headlines slurp the fun right out of the sails of prophets of doom. When was the last time you saw a frothing, grimy robed, pungent seer on Lombardy shrieking, "The Datsun 210s are gone and our time is coming"?

I miss those folks. They scared the tar right out of my little young Richmond self. With climate change, global war and even the zombie apocalypse virtually foregone conclusions in the blurred minds of entertainment culture, business is slow for the real crazed omen blurters and funky fear mongers. An end-times hawker has to dig pretty deeply into our collective psyche to get at any unified shadow silhouette of hell that will shake we-the-united-cynics out of our daily torpor.

As we embark upon the season of spooky, when you can't buy personal hygiene products without ducking through a menacing scarecrow and pumpkin display, I asked myself: What is in the Rorschach inkblot test of Richmond's trembling subconscious? We talk a lot about parking, skunked craft brews, and the insult or promise of stadiums. But when we all roll over in the midst of our most vulnerable dream time, which mythical eschatology prickles the hairs on our necks?

The following is mined from the stories of my youth, the boogeymen of campfires long ago snuffed, and my own fears for my crazy, beloved hometown. Any resemblance to your fears should be seen as doomsday evidence and evasive maneuvers should begin posthaste.

Downtown. From the murky spawning beds of the mighty James splashes Scutesgold the Mega Sturgeon cutting a ragged path through downtown, crashing through riverside development, office buildings and any place with oysters on the menu. He is freakishly large from the potent nutrient combo of farm runoff, wastewater spillage, paddle-boarder pee and the haunted DNA of waters bereft of generations of his kind decimated by overfishing and an insensitive populace that wants only to save cute animals. Scutesgold is coming for us all and our only hope is in the unlikely collaboration between a couple of muddy field biologists and sushi chefs who promise to boycott fish eggs.

Scott's Addition and the Cool Hoods. In "Dante's Inferno" Barbariccia is a red-bearded, demon middle manager. Unfortunately, the follicles of Richmond's faces confuse the mythical dude who mistakes certain neighborhoods as his own turf. The spiked tails of his minions start popping up like antennae in spots where bearded men bemoaning municipal sprawl hang out getting wry tattoos and writing damn fine metal lyrics. Shortly thereafter, Barbariccia's boys get into real-estate flipping by turning malls and parking lots into cooperatives and green spaces with a flare of boiling pitch and a growl of peat. Not bad guys, the cadre of hell. One's nightmare is another's fantasy.

Citywide. It all starts with large pieces of City Hall falling off. Then comes a snowy season closing schools and making monster potholes. A sports team will come to town for some training but then get copious injuries. Water mains break, officials leave under secret terms, and city government seems plagued by malevolent forces. It is the work of Phantasmagarten, the Poltergeist of Unrealized Potential.

The source of Phantasmagarten's power is the deep resentment of Richmond Public School System students who reach the age of adolescence after years of classes interrupted by chunks of ceiling falling down on their desks. While water fountains malfunction, needed equipment stays on extended unexcused absence, teachers are duct-taped to the SOLs, and city promises remain broken — the unconscious paranormal power of adolescents builds. The youth have no idea they're doing it. Until the schools' problems become a focus for change, Phantasmagarten won't be appeased and the city will suffer at its whims. A giant pimple appears on every mural face in the city. All the food at the chic restaurants tastes like chicken fingers and spaghetti. "Whatevs," shrugs the Poltergeist.

You Know Where. Bigotbola outbreaks begin as sufferers who claim, "I'm not a racist," develop weeping ooze pockets of self-eating hate. The raised red welts on hands, mouth, eyes and feet are the legacy of shame (whose name shall not be spoken) made visible at last. Many who blamed the poor are immediately felled by the outbreak, as are those who say it is the homeless, convicted felons, unwed mothers, the jobless and people who wear booty shorts. Interestingly, the disease affects people of all cultures, backgrounds and economic class so it also takes out those who graffiti the Fan, mock home schoolers or have ever uttered, "our kind of people." The only known cure is to cohabitate with those whom one is most likely to malign verbally. So most of us die, but those younger than 18 survive effortlessly, as do their pets.

Our Closet. Combust-u-mond is the monster of all monsters. It is the ultimate enemy, having destroyed us in the past. A fire creature fueled by fear and spite, it's that inner urge within us so clearly bent on doing ourselves in before anyone else has the chance. Richmond easily is one shuttered Shockoe bar matchbook on fire away from declaring to the world, "We've done it before … just watch us, we'll demolish ourselves yet again."

Combust-u-mond is the naysayer, the aggravator, the aggressive driver, the furious neighbor, the frivolous plaintiff, peeved and mirthless, the burner of a city, the segregator, the paver of cobblestones, the destroyer of fine architecture and stately trees. In every nightmare of our city we have the potential to play every role and become Combust-u-mond. Or we can resist our worst selves and do better than we have done before. Our time may be coming, but it doesn't have to be today. S