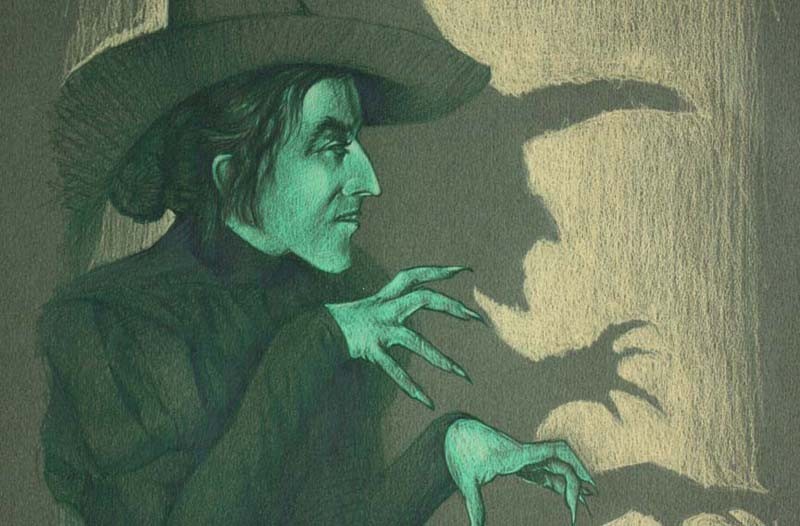 You may know artist Rob Sheley's work from his local concert posters, album covers and handbills — or maybe he's helped you find music in his part-time job at Plan 9 in Carytown.

Sheley has contributed art to the music scene for years, doing work for the likes of the Hackensaw Boys, Long Arms, Horsehead, as well as D Generation and Brian Setzer. But he's only now having his first solo show, and the subject isn't what you'd expect.

Charlene Cooper, owner of Clippi Headren Salon, contacted Sheley last month and asked for an original show by October. Busy with his full-time job as a graphic designer for RCC Consultants, the artist offered to create a gallery of classic monster villains — just in time for Halloween.

But you won't see Freddy, Jason or Pinhead among the 20 colored pencil drawings. Only classic villains: the Wicked Witch of the West, the robot from "Metropolis," Frankenstein, Dracula, the Phantom, Vincent Price from "The Bat," good ol' Vampira.

"I had to do Tippi Hedren from 'The Birds' because of the salon's name," Sheley says, adding that the dark-colored Canson paper he uses allows the colors to jump out, amplifying the monster lighting effect.

It's enough to give Cooper the heebie-jeebies at work.

"I made him move the Mummy away from my station," she says. "It wasn't going to work. His mouth was all shriveled."

Originally from Harrisburg, Penn., Sheley moved to Richmond to study art at Virginia Commonwealth University. The 37-year-old has always liked monsters and music. "Growing up, there was a Philly channel that would run 'Godzilla' or black and white horror movies on Sundays," he recalls. "Then I got into Pushead, who did the Metallica covers, before learning about the older, famous illustrators."

Sheley didn't plan to use this material for his first show; he prefers doing original paintings, he says. But he loves a challenge and his commercial experience has built his confidence.

"So many people go to VCU and think they're going to be Marvel comic artists, but they're not good draftsmen," he says. "You really have to have a good base."

While drawing the iconic villains from old stock images and recombined stills, he noted a common theme: These monsters are misunderstood.

Like Frankenstein and the little girl by the lake — one of the pieces that required some creative landscape additions — or the Creature from the Black Lagoon. "That is just an ugly guy trying to get a girl," he says. "They're love stories." S

"Things That Go Bump in The Night: A Solo Exhibit by Rob Sheley," runs through the end of the year, Tuesdays-Fridays, at Clippi Headren Salon, 929 Myers St. in the Woody's Auto Service building). For information go to facebook.com/clippiheadren.