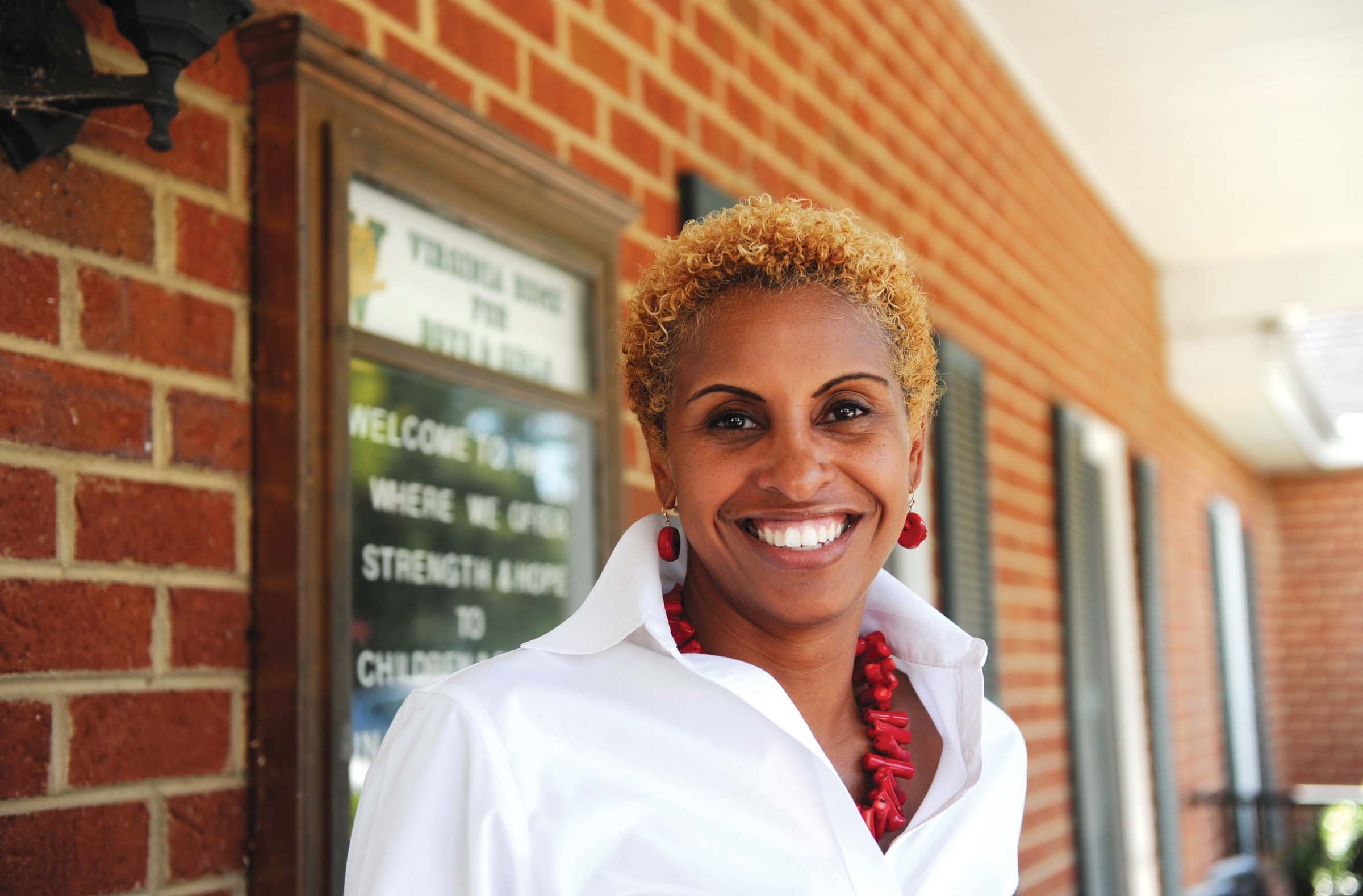 Monica Manns recalls her childhood neighborhood in Maryland as "a lot of single households and kids without hope," she says. "I grew up in a volatile situation."

It made her a natural fighter, and Manns initially went into a career in counseling, helping prison inmates move back into the community. She found that a lot of younger prisoners her age were incarcerated for "stupid crimes," she says — often drug-related — and that the problem usually began with lack of education.

"I decided then to work in education with a high-risk population," she says. "With children who were high-risk and had mental-health issues."

Manns serves as vice president of educational services at the John G. Wood School, a program of the Virginia Home for Boys and Girls, helping youth with severe emotional and behavioral issues such as schizophrenia, bipolar disorder and depression. When she started three years ago, the school had nine students. There are now 47. In all, the school serves about 65 a year.

"I'm here to create an environment where they feel nurtured and supported," Manns says. "If you don't start off teaching them the importance of incremental improvements, you won't reach the big leaps that society wants."

Manns has excelled at program design, mixing therapeutic work with an emphasis on academics. Some 16-year-olds come in reading on a second- or third-grade level, she says, and have extreme bouts of hysteria from not taking their medications correctly.

"Every single kid has a story that could be a book — a multilayered storyline that begins and ends in hospitals," she says. "Sometimes a win is keeping a kid out of a mental-health hospital. Other times, putting them in instead of being locked up."

Outside of her work with the school, Manns — who is married to Top 40 recipient Jimmy Robinson — serves as a Big Sister, helps with the Jack and Jill program, is host to an annual fundraiser for the Stone Foundation and sponsors high-school women who can't afford a prom dress or an outfit for a job interview.