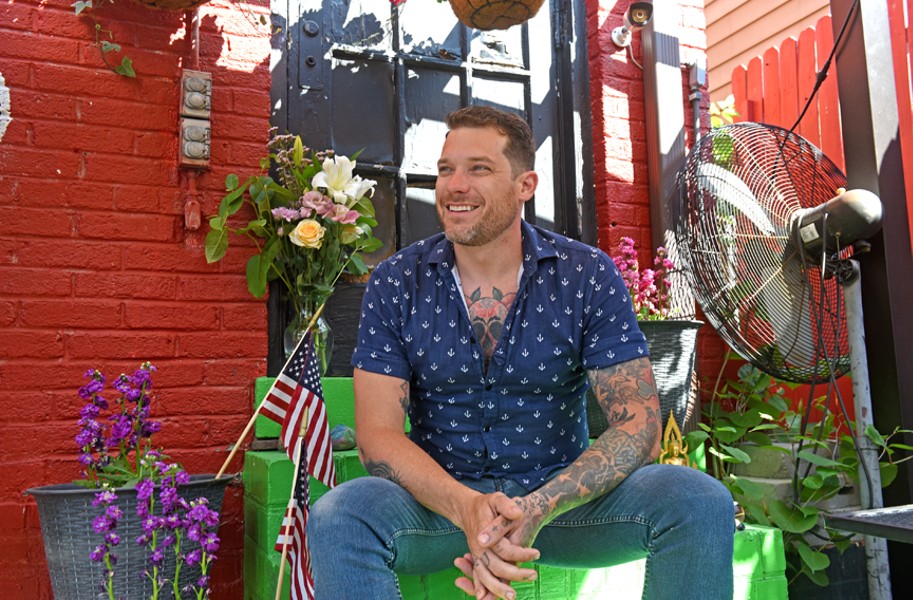 Mom's Siam in Carytown has long been known in Richmond for its delectable Thai food. Owner Sukanya Palaart and the venerable Kiatsuranon family have a hammer lock on Richmond's Thai dining scene, with family members owning all or at least part of Sabai, Pik Nik, My Noodle and Bar, YaYas Cookbook, Mom's Siam and Mom's Siam 2.

With its proximity to my front door, it's my go-to. You can never go wrong with the pro prik or panang curry at Mom's Siam. But for me, it's all about the bar. Cozy and dark, with tables on a balcony above that almost give it the feeling of a small music venue, it's the type of place I love to grab a quiet drink. I've often wondered why it didn't seem to be on the late-night drinking radar, or why its bar doesn't get more attention.

Lough, who served nine years in the Navy on a submarine during his younger days, is a well-known Richmond mixologist and former Sabai partner. His affinity for spiciness and Asian-influenced food and drink comes from his time spent in Southeast Asia, and he decided to cash in his GI Bill to attend culinary school. He came to Mom's Siam as a bar manager of sorts, and as I sip on a $5 happy hour old fashioned, he tells me about recent changes.

"We moved the big old booths upstairs, changed the lighting, did some dusting," he says. "Updated the patio, streamlined the menus and got new glassware."

The lighting is definitely darker, sexier. Less pedestrian. And while I've never considered Mom's Siam to be at the forefront of the city's mixology scene, the new menu implies otherwise.

On the cocktail list, there's the Mom's Mojito, with Thai basil and chilies, fresh lime, white rum, and turbinado sugar served on a one-to-five spicy scale. New to the menu is the Winning Cocktail No. 3, which consists of muddled lime, jasmine syrup and cachaça. He recommends pairing both cocktails with any of the spicy curry bowls. There's also a rum Manhattan, a twist on a classic I haven't seen before.

I also notice modern music pulsing through the speakers, louder and more lively than in the past. This is definitely new.

Another major change and draw for the youthful drinking crowd is the Friday night Cary-oke series, which will extend the hours — usually Mom's closes at 10 p.m. — and gives people a chance to sing karaoke on a Friday evening in Carytown. It'll be an ongoing series, which makes this writer and barfly very happy.

The Friday I pop in, two ladies sitting near me inform the bartender that this is their first visit to Mom's Siam.

"It seemed like a cool spot from the outside," one tells me. "We're catching a movie at the Byrd, but I could definitely hang out here another time.

Lough agrees with my sentiment that Mom's Siam deserves more attention, calling it "the most underrated bar in the city."

That may be a bit of hyperbole, but if this karaoke guy can find me a Fleetwood Mac song to butcher after this drink, I might be more inclined to agree. S